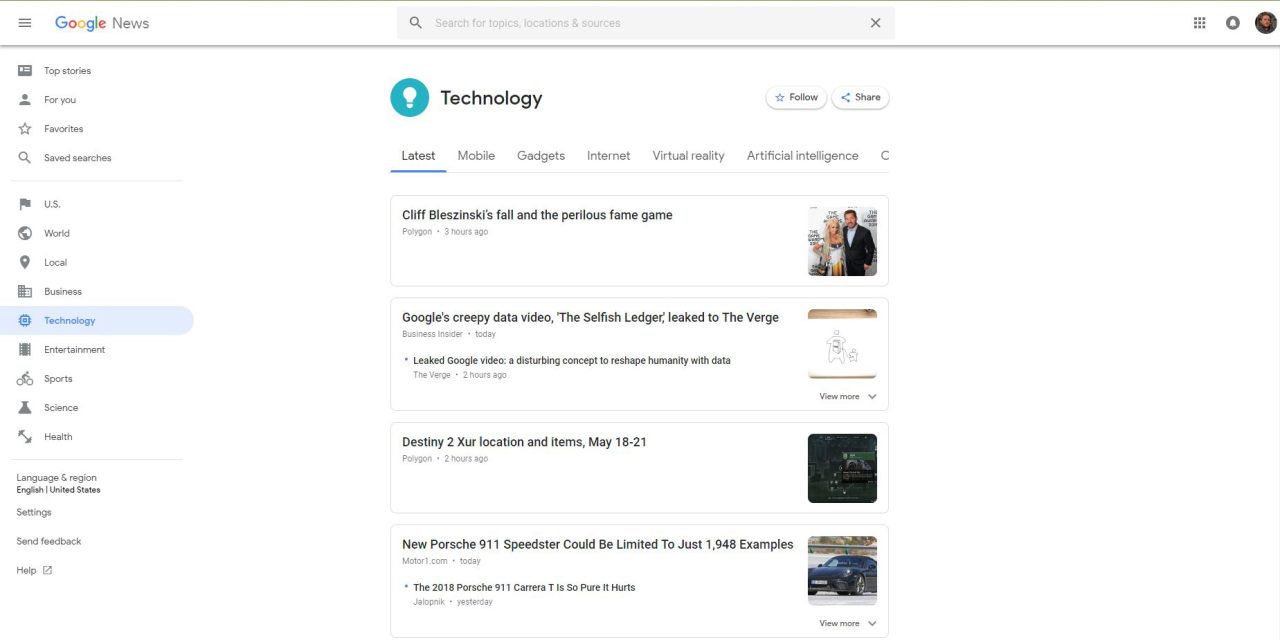 At I/O 2018, Google announced that it was going to be releasing a new News app that would be driven by AI. Not only would it include Google’s new Material Theme, but it would also be the future home for the company’s magazine offerings. After first rolling out this update to its mobile apps, the redesign is now live on Google News on the web.

There are two significant changes to the site other than the overall design. The first is that saved searches and favorited topics will no longer be shown in the overflow menu on the left side of the site alongside the predetermined categories. Instead, you will need to click on the Favorites or Saved searches categories to find.

The second is the inclusion of magazines as we saw in the revamp of the mobile apps. To find these, you’ll again first have to click on the Favorites or Saved searches options. After, you’ll be taken to a new page with a tab system running across the top. One of these is labeled as Magazines.

During the I/O 2018 keynote, Google noted that the redesign was coming to its mobile apps first and then making its way to the web. As both Android and iOS have received the new design, Google is now rolling out the revamp to the web interface.

If the redesign has made its way to you, you can check out the new Material Theme at news.google.com. If not, you can see a majority of the changes in the gallery below.