Early hands-on with the RED Hydrogen One gives us more information about its modules, camera, more [Gallery] 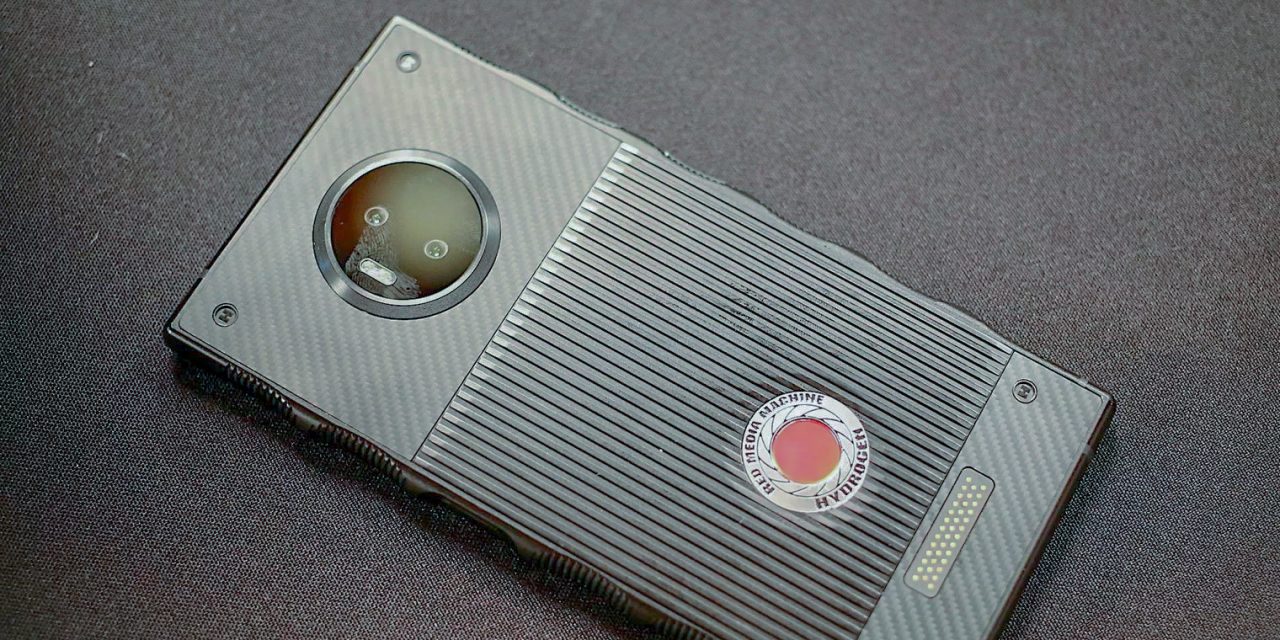 Earlier this month, RED announced that it would be delaying its Hydrogen One Android-powered smartphone until August to give it more time to add new features. It was also announced that the company planned to show off the device today, May 19, at its Hollywood studios. Fortunately, some members of the press were on-site and managed to get some first impressions.

At today’s “RED Pioneers” fan meetup, The Verge had the chance to go hands-on with the Hydrogen One. Below is how the author describes the handset now that he’s had a chance to use it:

The Hydrogen One is very big. The prototype used we looked at was larger than an iPhone 8 Plus, complete with a USB-C plug, stereo speakers, and a headphone jack. It is also very much a RED product, which is to say it’s incredibly industrial-looking. It comes in either aluminum (pre-order price: $1,195) or titanium (pre-order price: $1,595) and it is not shy about the metal on either model.

It’s covered in metal fins and ridges — the sides have “scallops” to make it easier to hold in one hand, and the power button on the right is where you’ll find the fingerprint sensor. The company’s camera may be called “weapon,” but it definitely feels like you could do some damage with this thing.

During the event, RED talked primarily about the smartphone’s modular camera system. Exact details weren’t shared, but the company plans to release a module that “is essentially a huge camera sensor.” From there, RED has hopes to one day have support for DSLR-sized lenses from “Fuji, Canon, Nikon, Leica, and more.”

These modules will be attached to the rear of the handset and will communicate with the Hydrogen One through the set of pogo-pins found at the bottom of the device (similar to Motorola’s Z line).

During the hands-on, The Verge notes that the handset he tried out was still definitely a prototype which was apparent by its unfinished design and software. He did find that the Snapdragon 835 powering the device did seem powerful enough in the few demos he saw.

Unfortunately, The Verge wasn’t able to get any photos of the device’s “4-view” which transforms the Hydrogen One’s screen into showing a 3D holographic image or video. They did have this to say about the tech:

I tried two different 4 view demos. In the first, I watched a loop of a bunch of different videos and what I saw was a big step over 3D on other phones. Essentially, I was able to move and tilt the phone around without the 3D effect becoming broken. It worked in both landscape and portrait and the depth of the 3D was also better than I’ve seen on a phone before — but of course that’s not very strong praise.

The second demo was also impressive. With a Hydrogen One, I was doing a simple video chat with somebody across the room. But this was a “Holo chat,” so both my face and theirs was displayed as a hologram in real time. There are two front-facing cameras, as you need two to make a 3D effect.

At the event, Jim Jannard, the founder of RED, explained that the Hydrogen One has a “special” layer beneath the LCD display that is capable of directing light in multiple directions. With plus an algorithm that blends various angles captured by the phone’s two cameras is what makes up this 4-view holographic experience.

RED is also working to create a virtual surround sound effect when capturing video using the handset. We’ll have to wait to hear more about this, but fans who got to demo the A3D sound appeared to be blown away.

The Verge walked away from the short hands-on with the handset and had this to say:

The most compelling part of the Hydrogen One isn’t the phone itself, honestly, it’s the RED ecosystem of cameras. If the company can find a way to make it an essential part of a filmmaker’s kit alongside its other cameras, it could have a successful niche product on its hands. Beyond that, though, we’ll have to wait for more final devices to really say for sure.

We should hopefully be learning more about the RED Hydrogen One as we are quickly approaching its launch window of August. At this point, we already know that AT&T and Verizon have signed on to carry the handset.