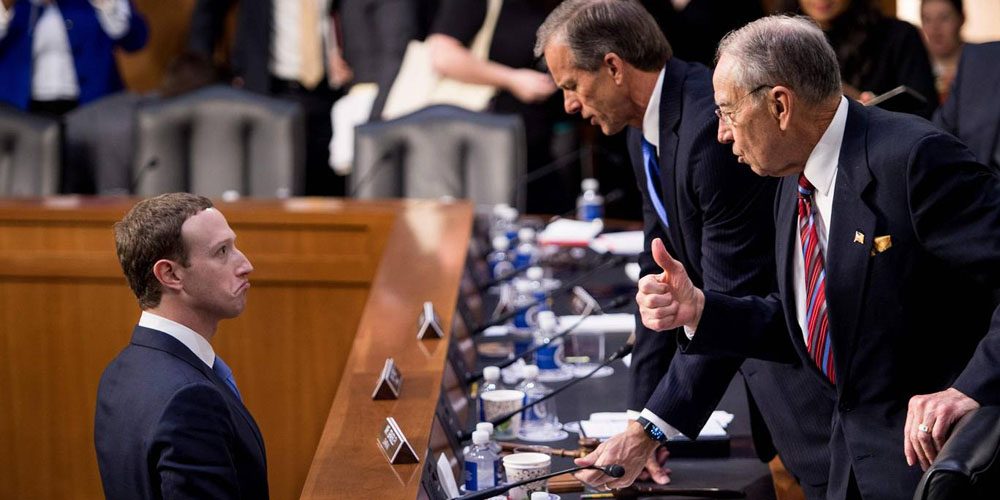 Facebook CEO Mark Zuckerberg’s testimony to Congress was the video stream that launched a thousand memes – and now meme creators will get another opportunity. The European Parliament has announced that its meeting with Zuckerberg tomorrow will also be livestreamed …

Reuters reports that this is a U-turn on original plans for it to be a closed-door meeting.

Parliament President Antonio Tajani, who was criticized by legislators and some senior EU officials over arrangements for the discussion on public privacy concerns, tweeted that it was “great news” that Zuckerberg had agreed to a live web stream.

A Facebook spokeswoman said: “We’re looking forward to the meeting and happy for it to be live streamed.”

In the US, a number of campaign groups are collectively calling on the Federal Trade Commission to break up Facebook into a number of smaller companies, reports Axios.

The groups are asking for the FTC to do three things. Break off Instagram, WhatsApp, and Messenger into their own companies separate from Facebook proper. Make it possible for users on competing social networks to communicate with one another. Implement strong privacy rules.

The collective will be running a 6-figure ad campaign starting today, including ads running on both Facebook and Instagram. Facebook said that the issue had already been decided.

A Facebook spokesman told Axios that regulators reviewed Facebook’s acquisitions and concluded they didn’t harm competition. “The average person uses eight different apps to communicate and stay connected,” he said, and Facebook operates only a few of those.

Facebook has so far suspended 200 apps as it investigates whether other companies may have misused user data.