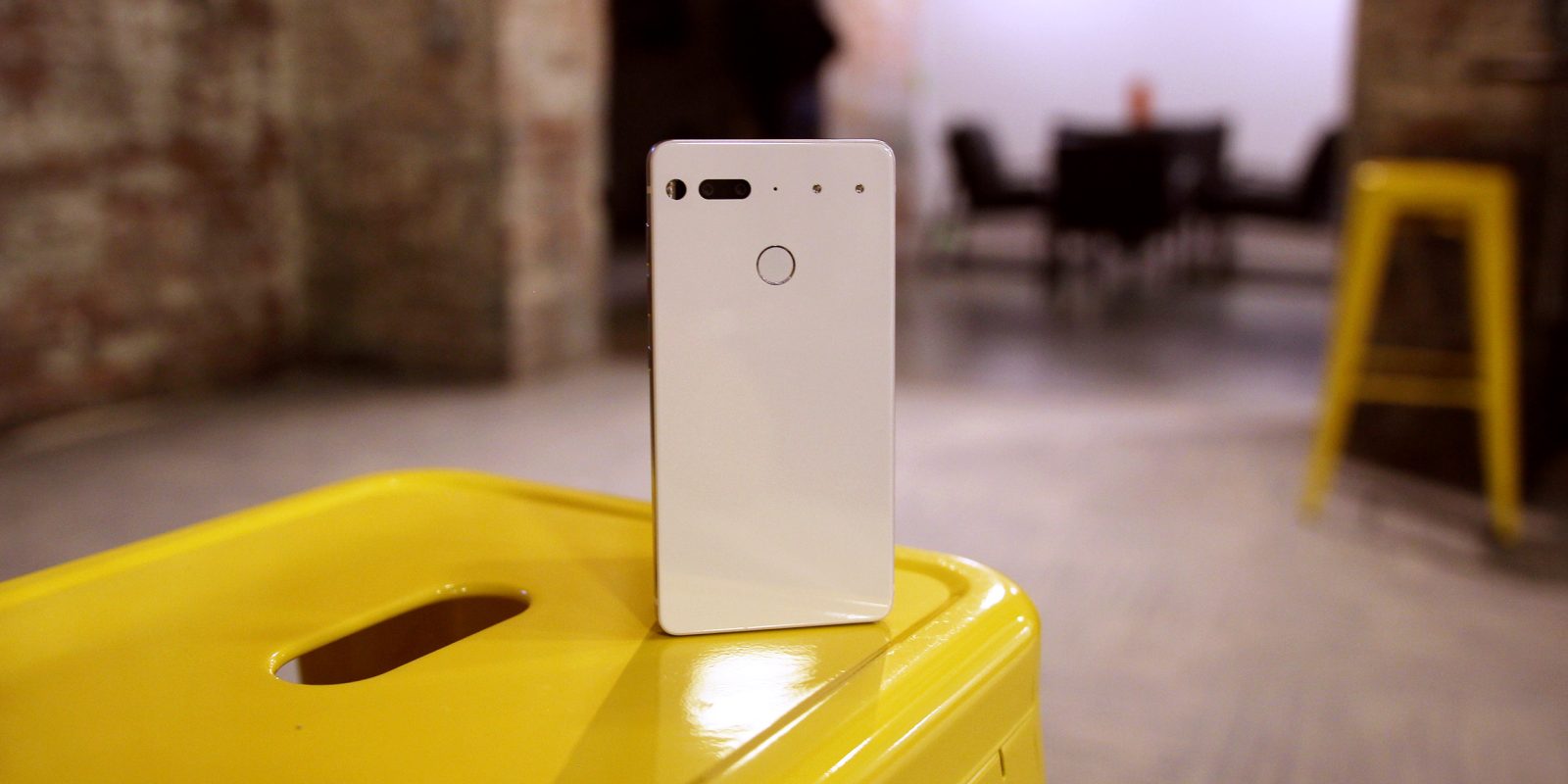 Essential, a company created by the co-founder of Android, Andy Rubin, wanted to create not only a phone but also an ecosystem that would best any smartphone manufacturer out there. Unfortunately, likely due to poor sales, a report has emerged that states the second-generation Essential Phone has been canceled and the company might be up for sale.

Back in February, a report came out that Essential had sold less than 90,000 Phones. In the smartphone world, this number is tiny, but also not too surprising as it was a first-gen product from a startup company.

According to Bloomberg, the sale of Essential would include almost every aspect of the company:

Current discussions are focused on a sale of the entire company, including its patent portfolio, hardware products like the original smartphone, an upcoming smart home device and a camera attachment for the phone, said the people, who asked not to be identified because the talks are private. Essential’s engineering talent, which includes those hired from Apple Inc. and Alphabet Inc.’s Google, would likely be part of a deal. The company hasn’t yet made a final decision on a sale, the people said.

Interestingly enough, the engineers who were working on the second-gen phone have been refocused on the company’s upcoming smart-home product. Continued work on this product might make Essential look like a better purchase if it has an upcoming product that could be sold to consumers.

A spokesperson from Essential has declined to comment on this matter.

Update #1: Andy Rubin has taken to Twitter to basically confirm that Essential has canceled the second-gen phone. No word yet about a potential sale of the company.

We always have multiple products in development at the same time and we embrace canceling some in favor of the ones we think will be bigger hits. We are putting all of our efforts towards our future, game-changing products, which include mobile and home products.

Update #2: The Information has obtained an internal email that was sent out following the report from Bloomberg. According to the email, Essential is currently looking to raise money, and one of the routes it has looked into to get funds is an acquisition. Plans for the second-gen Essential Phone still appear to be canceled, but Rubin currently doesn’t plan to shut down the company.

As Ben Schoon put it, “how crazy would it be if Google bought them out though.” If that did, in fact, happen, it would mean Google had bought Andy Rubin twice for his products. Who knows if the search giant would keep him, though, after the mess that happened last time he was in the company’s employment.