Yesterday, we saw the very first leak that might give us an idea on the physical makeup of Google’s 2018 smartphones. The key word here, of course, is might, considering this is just a photo that was posted on Chinese social media website Weibo by someone with absolutely zero reputation. Said person has even since pulled the post, leaving this mysterious photo with no origin story.

But people are clearly hungry for more info on Google’s next phones, as evidenced by renders, crackpot theories, and notch scenarios being suggested by some users of the internet…

The quickest out the gate to take the screen protector image and run with it was none other than Ben Geskin, who is notorious for taking leaks he deems credible and making all-out renders based on them. In the image below, he’s taken the purported screen protectors and made a rough image of what the phones would look like.

To be clear, Geskin can be a bit confusingly contradicting sometimes, claiming his renders are “exclusive,” or in this case, using confident language like “This is Google Pixel 3.” He’s pretty straightforward, however, that his source is simply the leaked screen protectors in this case, so I’d take these renders with a massive heap of salt just like the screen protectors themselves.

Another, much more pretty render, was put together by the folks at PhoneArena. Just like Ben Geskin’s, however, their image is based solely off the screen protector leaks from yesterday. 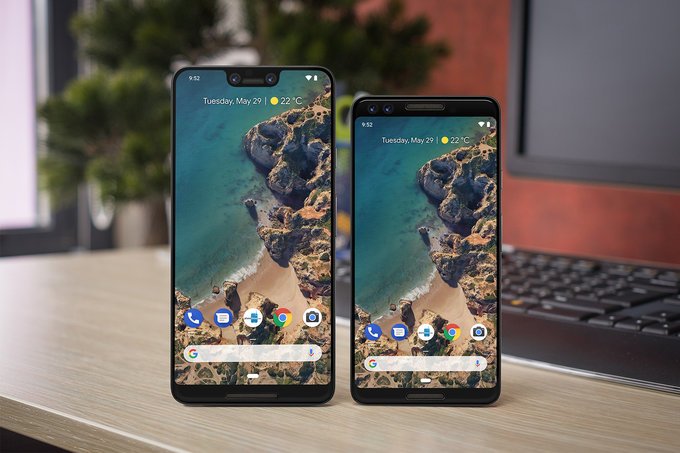 How would it do the Notch?

Another render and interesting thought experiment, shared by a Redditor, considers how this supposed Pixel 3 XL might handle the notch — if it’s even real of course. Based on the alleged screen protectors, this person put together some concepts of what the Pixel 3 XL would look with a notch — one embracing it, the other hiding it by default via software.

While I can understand why some companies — like Apple — are going all-in embracing the notch, this concept makes me feel that hiding it would also be great in this case. Especially since the notch shown in the screen protectors from yesterday is fairly large, I think hiding it would be the way to go in this case. What do you think about the supposed notch? 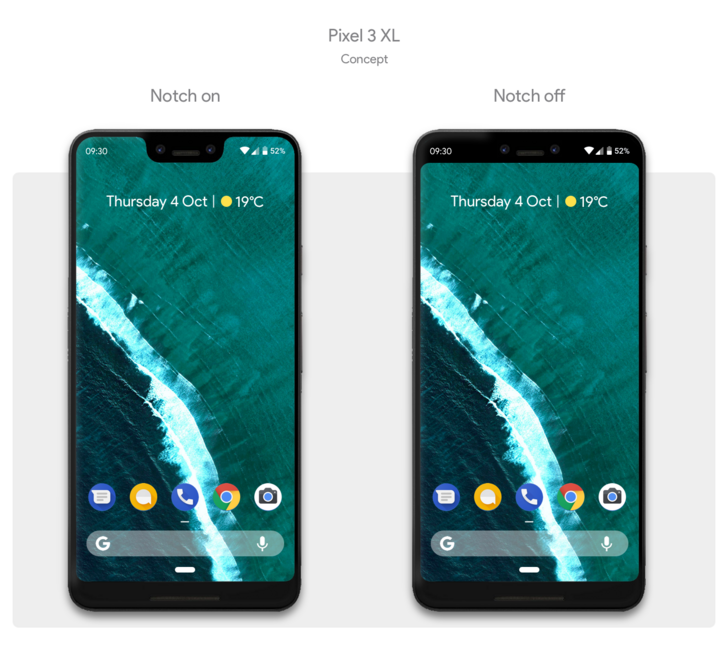 How big is this notch?

One point of contention around notches seems to be their size, so another Redditor did the hard work of comparing the notches shown on the Pixel 3 screen protectors with that of the OnePlus 6. In the image below, you can get a good idea of just how big the notch on this supposed “Pixel 3 XL” would be next to the OnePlus 6.

I will say that this image doesn’t really capture the scale very well, especially considering the smaller “Pixel 3” is about the same size as the “XL” in this photo. But that said, the relative ratio of notch width to device width and chin height to device height should be pretty accurate, in which case this “3 XL” is clearly not as sleek as the OnePlus competitor. 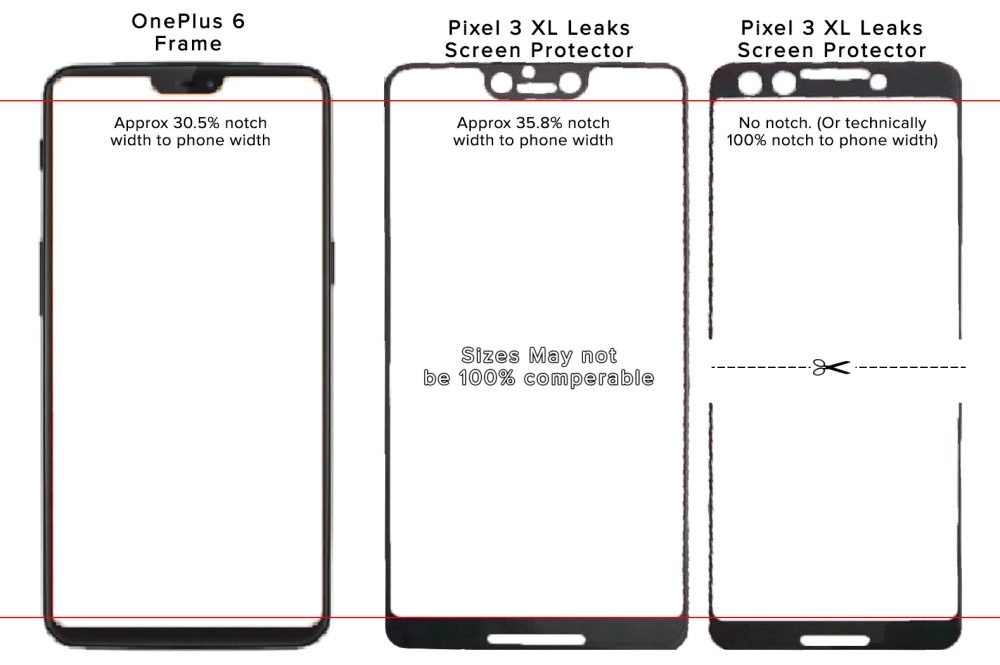 And finally, one of my favorite theories, again from a Redditor. This person noticed that there is what appears to be another screen protector sitting in the shadows behind the “Pixel 3” in the original screen protector photo. It’s hard to tell, but it looks like this additional screen protector could potentially, maybe, probably not be a third phone — although this is all farfetched, obviously.

It goes without saying that if the screen protectors themselves aren’t worthy of putting any confidence in, then this theory that there might actually be three screen protectors resembling three phones is even more dubious. But nonetheless, it’s fun to speculate.

If there are indeed 3 forthcoming Pixel models and this third screen protector resembles one of them, then that’d be interesting; two of these in that case would be notch-less. Of course the possibilities are endless. Maybe it’s the budget phone that we heard about? Maybe Google is considering an “iPhone 8, iPhone 8 Plus, iPhone X” lineup with the notched being the top model?

And “who knows” is the takeaway you should have from all this fun, albeit likely pointless, speculation. For now, all we have is a single photo from a random internet user that could be absolutely nothing at all. But regardless, I’m glad to see the Google Pixel 3 leaks and speculation season be kicked off. If nothing else, it’s all fun and games. Hopefully we’ll get solid info soon.

What do you think of this alleged leak? What do you hope to see in the Pixel 3?