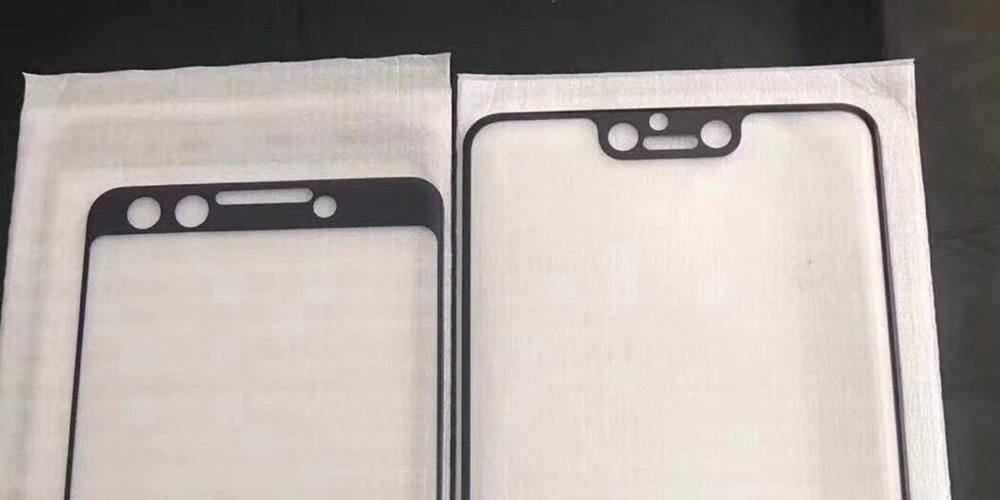 We’re still several months away from the debut of Google’s next-generation Pixel smartphones, but things have been relatively quiet in terms of leaked information about the devices. Today, some alleged tempered glass screen protectors have leaked out which, if real, show some of the first details about the Pixel 3 and the Pixel 3 XL.

Taking a look at these sketchy images (Weibo since removed via SlashLeaks), we see a similar setup to the Pixel 2 family in terms of design. In short, that means the smaller Pixel 3 could have slightly thicker bezels compared to the XL, but features that match that of the larger device.

The Pixel 3 and Pixel 3 XL, like last year, seem to sport front-facing speakers, as well as standard sensors including the ambient light sensor and front-facing camera. It’s possible that Google is implementing dual front-facing cameras on these devices given the cut-outs present, but it could be some other sensor.

Most notably, it looks like Google is implementing a notched-display design on the Pixel 3 XL, but not the smaller Pixel 3. We’ve heard mixed reports on whether or not there will be a notch on Google’s coming flagships, so this might explain why. 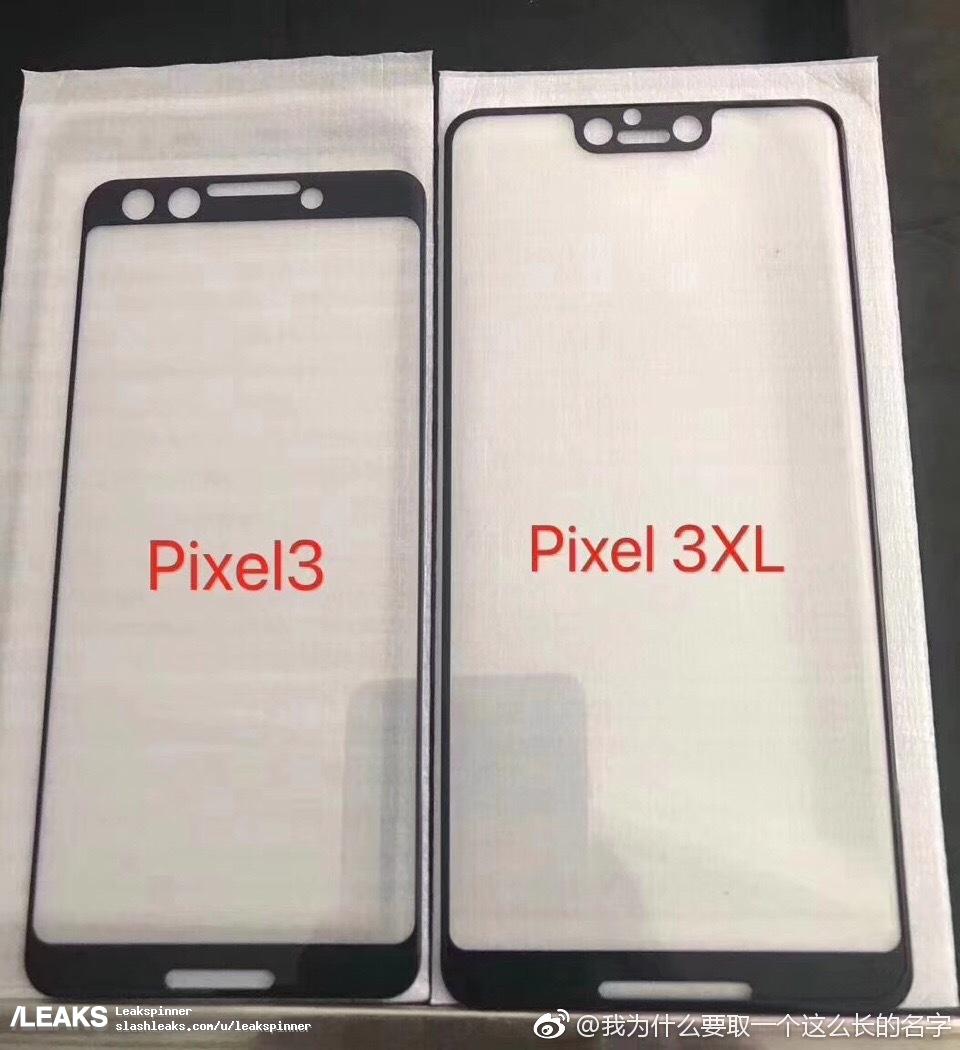 Given the fact that Android P has native notch support, though, it seems more than plausible that one of the two phones will have a notch. Thankfully, the notch on this device appears considerably less intrusive compared some options on the market today.

Of course, these leaks are pretty sketchy and these are apparently just screen protectors, so there’s not much to verify their authenticity. It’s also pretty early — the Pixel 3’s launch is still about 5 months away. As we approach the debut of the Pixel 3 and Pixel 3 XL, we’ll undoubtedly learn a lot more, so stay tuned…

Google implementing a notch on at least one of its Pixel 3 devices wouldn’t be surprising, and I don’t mind it. So far my only complaints about the notch have been how Android has handled it. As we approach the actual debut of these devices, though, hopefully, we’ll get a better picture of how Google is implementing all of this.

Side note: I’m so glad front-facing speakers are sticking around, allegedly.

What do you think of these Pixel 3 leaks? Is the notch a deal-breaker? Drop a comment and let us know!