Tablet section was removed from the Android website by mistake 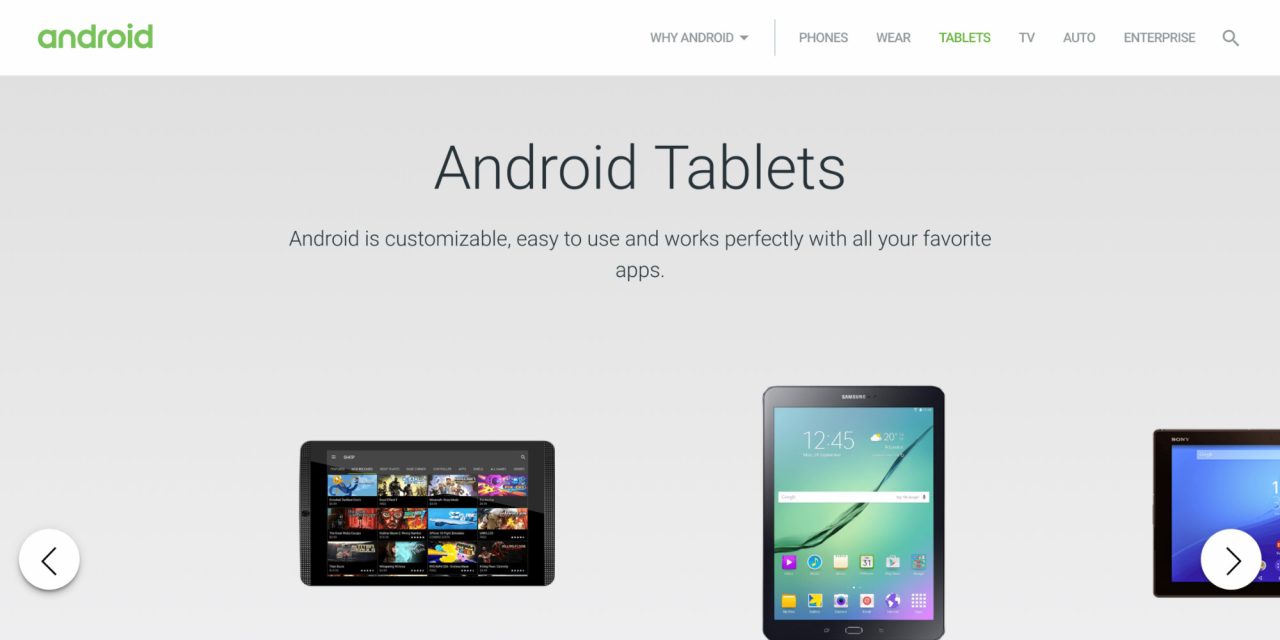 Earlier this week, the tablet section mysteriously (but not surprisingly) disappeared from the official Android website. It’s back now, and its removal appears to have been a mistake.

In response to a user on Twitter, Hiroshi Lockheimer, Senior Vice President of Platforms and Ecosystems at Google, tweeted that the tablet section’s removal was just a bug that popped up when updating the website.

As of this writing, as you can see from the screenshot above, the Android Tablets section and web page are back online.

What’s particularly weird, though, is the fact that the three tablets highlighted on the site are the Nvidia Shield Tablet K1, Samsung Galaxy Tab S2 8.0, and the Sony Xperia Z4 Tablet. Despite the lack of demand for Android tablets, there are newer options available for customers to purchase that would be better suited for the site.

Oops we had a bug when we updated the site. It's back up now. Sorry for the confusion! https://t.co/5mI3L3Gzif