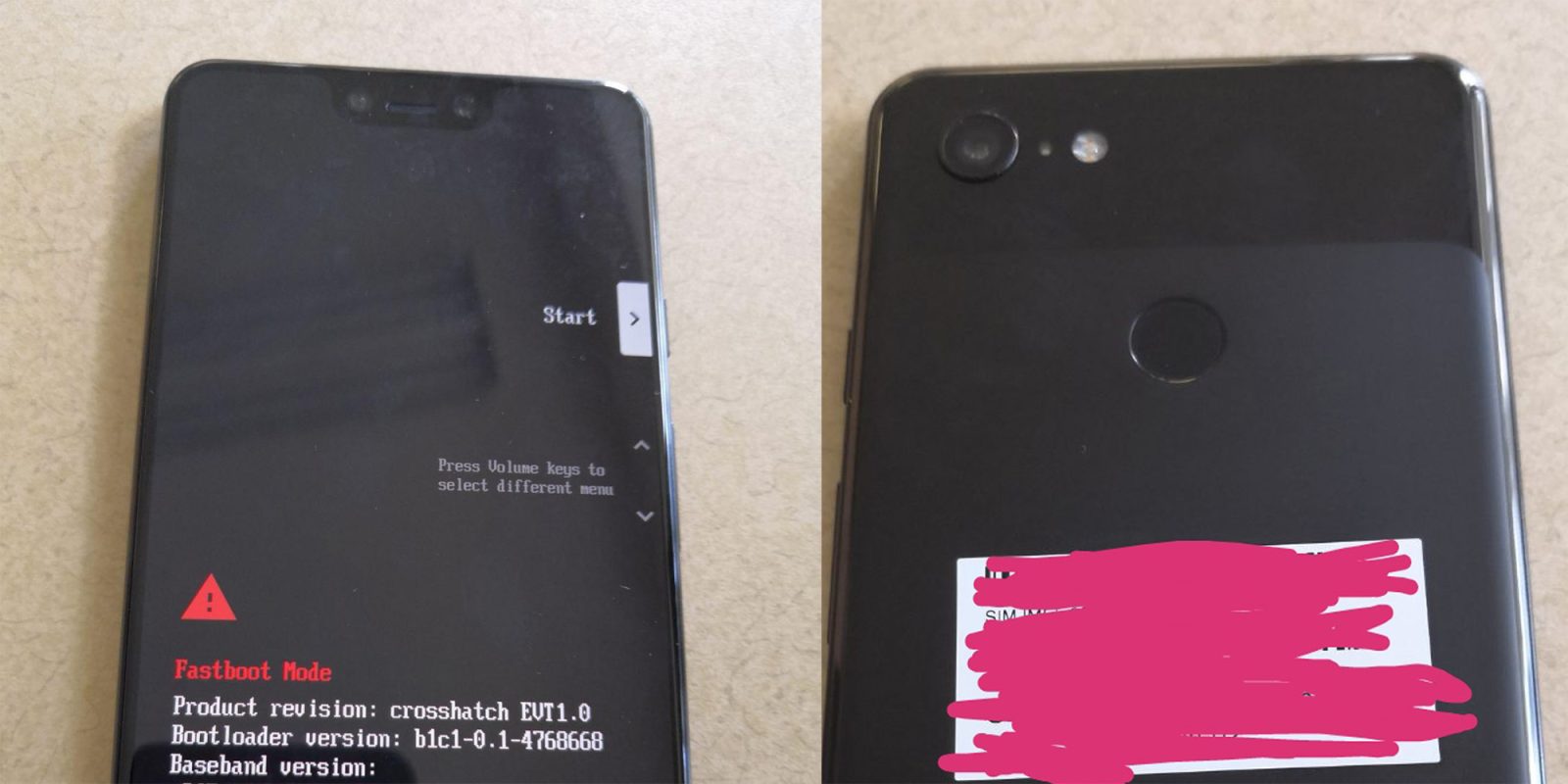 Google Pixel 3 and Pixel 3 XL leak season is upon us, and today it’s kicking into full gear. A couple of images have leaked (via the XDA forums) that could very possibly be our first look at the elusive Pixel 3 XL in the flesh, showing the design of both the front and back, its display notch, and more.

If you followed last week’s leaks, you already know very well that the Google Pixel 3 XL will almost certainly sport the “notch-and-a-chin” design that’s been propagating across the Android ecosystem. These images confirm that, and show a front design that would line up perfectly with the screen protector leaks.

As you can see in the photos below, the back of the device looks a lot like an iterative upgrade on the Pixel 2 XL at first glance. The camera, flash, and sensor placement on the back is pretty identical to this year’s model, and its general aesthetic seems to be the same.

But when you look closer, you’ll notice a few changes. It’s hard to tell, but it looks like this might be an all-glass phone we’re looking at with polished glass up top and some kind of brushed glass finish on the bottom. Where they meet, it looks like Google’s putting a nice curve on the edges.

And yes, these images do seem to confirm a few other details. For one, last week’s reports said that there would be a dual-camera system on the front and a single camera on the back, which it what we see here. There’s also a fingerprint sensor on the back just like the current model.

There are also a few specs that would seem to apply to this specific device. There’s apparently at least one 128GB model in the works (unsurprisingly), and the phone apparently has 4GB of RAM… another spec that’s not surprising. According to a leak earlier this week, this device has a 6.2-inch display, which looks right based on a quick glance at these images.

Another thing to note is that the images seem confirm the Pixel 3 XL to have one of the few suspected Pixel 3 codenames: crosshatch. Crosshatch, albacore, and blueline have long been reported to be possible codenames for Google’s next-generation Pixel smartphones, so the XL sporting crosshatch makes sense.

Last week, the very first details about the Google Pixel 3 and Google Pixel 3 XL leaked from a variety of sources. We had a couple of screen protectors that purported to show the front design of both phones, a pair of scoops from Bloomberg and Winfuture that offered some of the first clarity on some details, and another report that alleged LG was sourcing this larger model’s display.

There were also a lot of fun speculative ideas shared around the web that imagined how Google might handle the notch, as well as some nice renders that accurately portrayed the front of the phone — although were a bit too imaginative with the back.

I’d put my money on this being the final design for the standard, black model of the Pixel 3 XL. It might be striking to some just how similar this phone looks to last year’s model, and I’m not a fan of the notch-and-chin, but there are clearly some big changes coming. How Google will use the dual front-facing cameras is yet to be seen, and this looks all-glass to me. Wireless charging, anyone?

What do you think of these images?