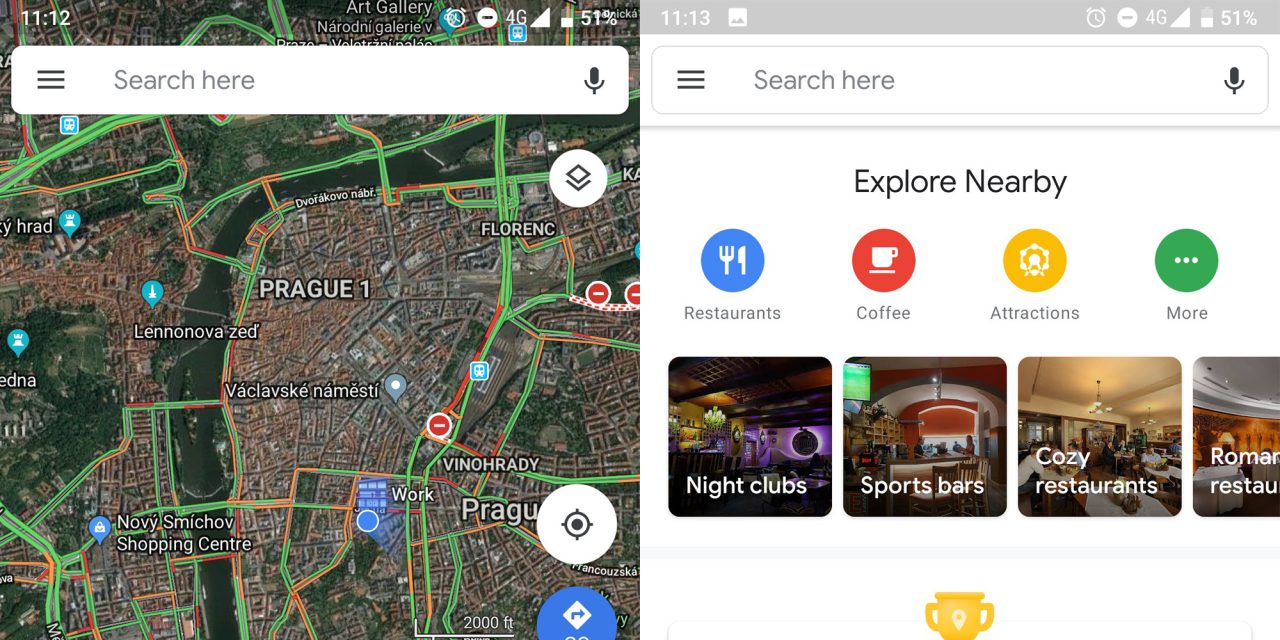 Google I/O saw a lot of exciting announcements, but one that didn’t get the attention it should have was the company’s refresh to Material Design. Since I/O, we’ve seen Google using its new Material Theme in a lot of apps and services, and now it seems to be rolling that out to Google Maps for Android.

In the next few months, Google Maps is going to see a few new features and a pretty big redesign as we learned back at I/O. Now, it seems like the company is testing out a refreshed design for Maps that brings in aspects of Material Theme as the start of that new design.

As noted by an Android Police reader, a recent server-side update to Google Maps for Android gives the app a lot of redesigned elements that adopt a Material Theme look. This includes the search bar, navigation UI, and all of the various lists and menus throughout the app. You can see a bunch of screenshots showing off the new design below.

One of the areas where this new design is most apparent is the “Explore” tab, which adopts a lot of the same UI elements as we see in Google News, which is a showcase for Material Theme. This new design is pretty extensive, and it looks absolutely fantastic so far. Hopefully, we’ll see this start to roll out to more users over the coming weeks. For now, the rollout seems incredibly limited, but drop a comment below and let us know if you’ve got it.