Google Pixel 3, Pixel 3 XL leak out in new renders showing off the speakers, notch, and cameras 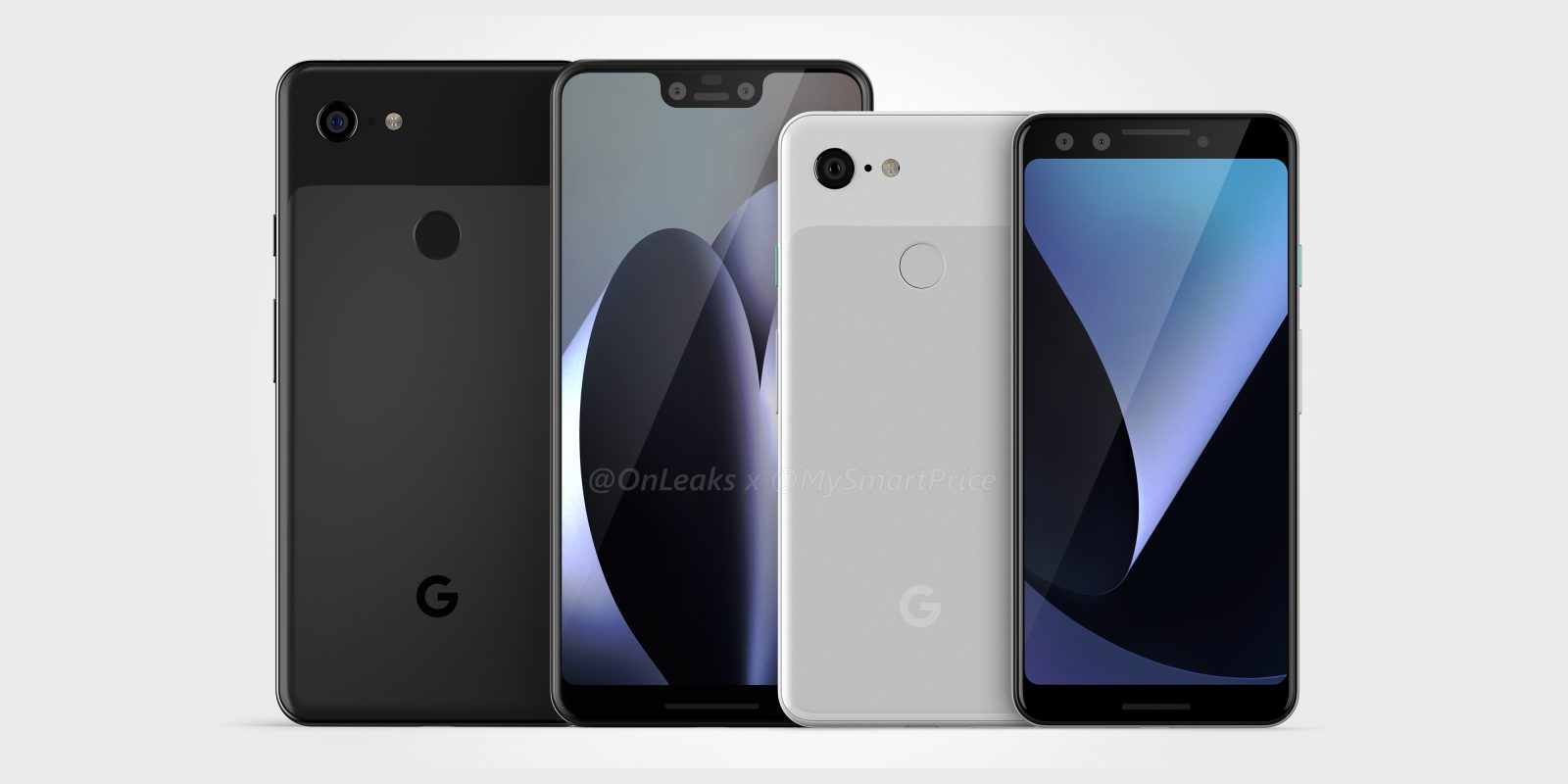 After some growing pains with the Pixel 2 and especially the Pixel 2 XL, we’re expecting a lot to come from Google’s Pixel 3 family of smartphones. We’ve already seen quite a few leaks of the device, but today, a handful of renders are showing off the design a bit more in-depth…

Well-known leaker @OnLeaks (via MySmartPrice) has today posted a collection of CAD-based renders showing off the design of the Google Pixel 3 and Google Pixel 3 XL in full from all angles. While these aren’t official renders from Google or even based on physically seeing the device, OnLeaks’ track record essentially means that this is the most accurate look we’ve had of the two devices so far.

Starting off with the smaller Pixel 3, we can get a look at the back of the phone which has a very similar design to the Pixel 2 from last year. There’s a color-matching “shade” at the top which, as seen in previous leaks, has a textured bottom half. MySmartPrice mentions that this may be made from metal, but previous leaks strongly hinted toward a full-glass design, so this is still very much up in the air.

Flipping the phone over we get a better look at the 5.4-inch display. This size has previously been leaked, but today’s news seemingly confirms it. As expected, this display is a taller 18:9 aspect ratio and has Pixel 2 XL-esque bezels on the top and bottom, while keeping things minimal around the sides. There are also two cameras placed on the front of the device, as well as the same single shooter on the rear. There’s also the same stereo speaker setup we were expecting. 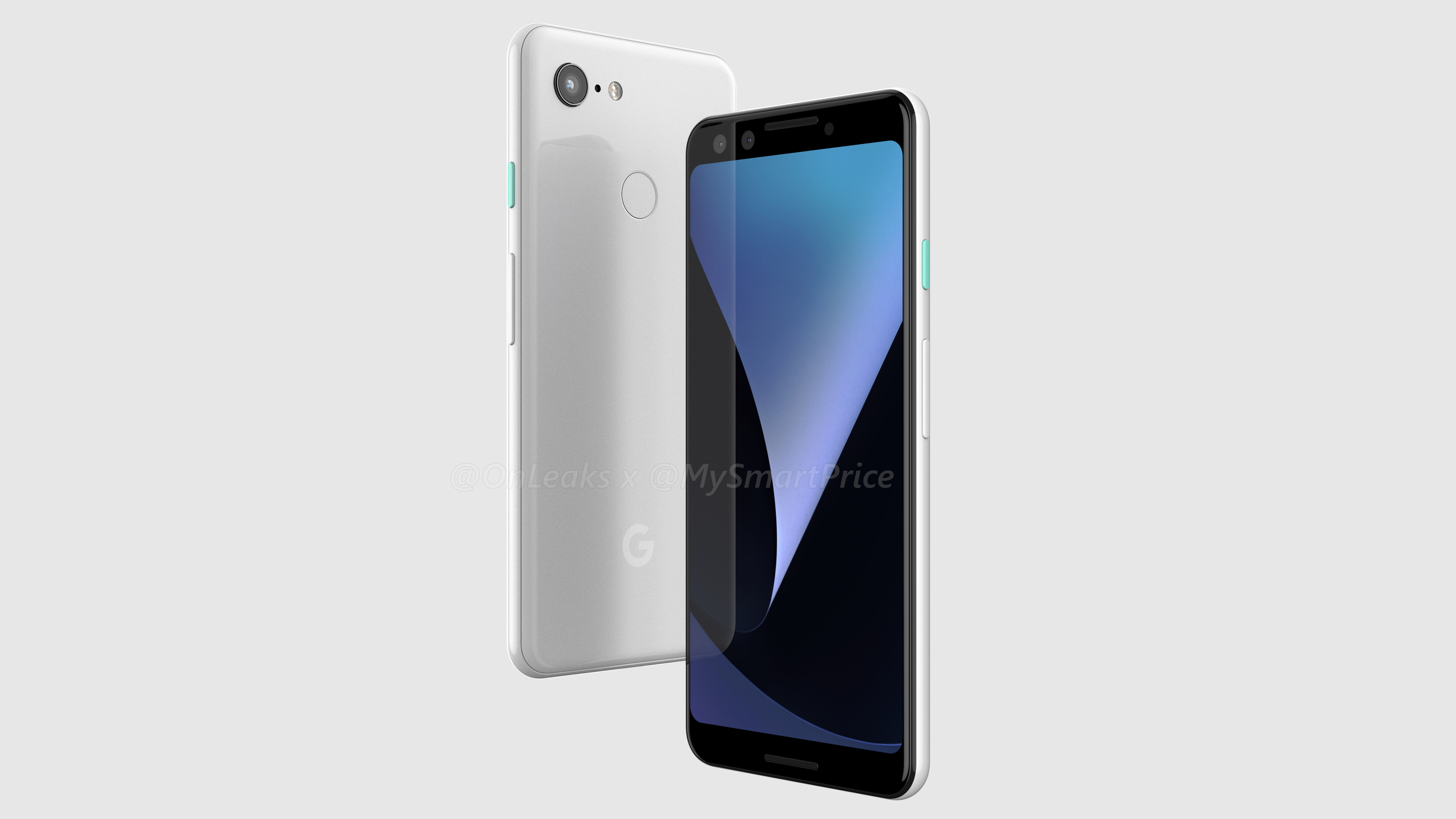 Moving over to the Pixel 3 XL, we get a better look at Google’s more high-end flagship. Just like in previous leaks, this device has a design that is very similar to the Pixel 2 XL from the back with the same single camera setup and “shade.” However, on the front things are very different.

The Pixel 3 XL is shown off in these new renders with its notch front and center, as has been reported multiple times so far. Contained within that notch are the two front-facing cameras, as well as the usual sensors and a speaker used alongside the second speaker in the “chin.” @OnLeaks mentions a screen size of 6.2-inches here again, also hinting at a taller 19:9 aspect ratio. 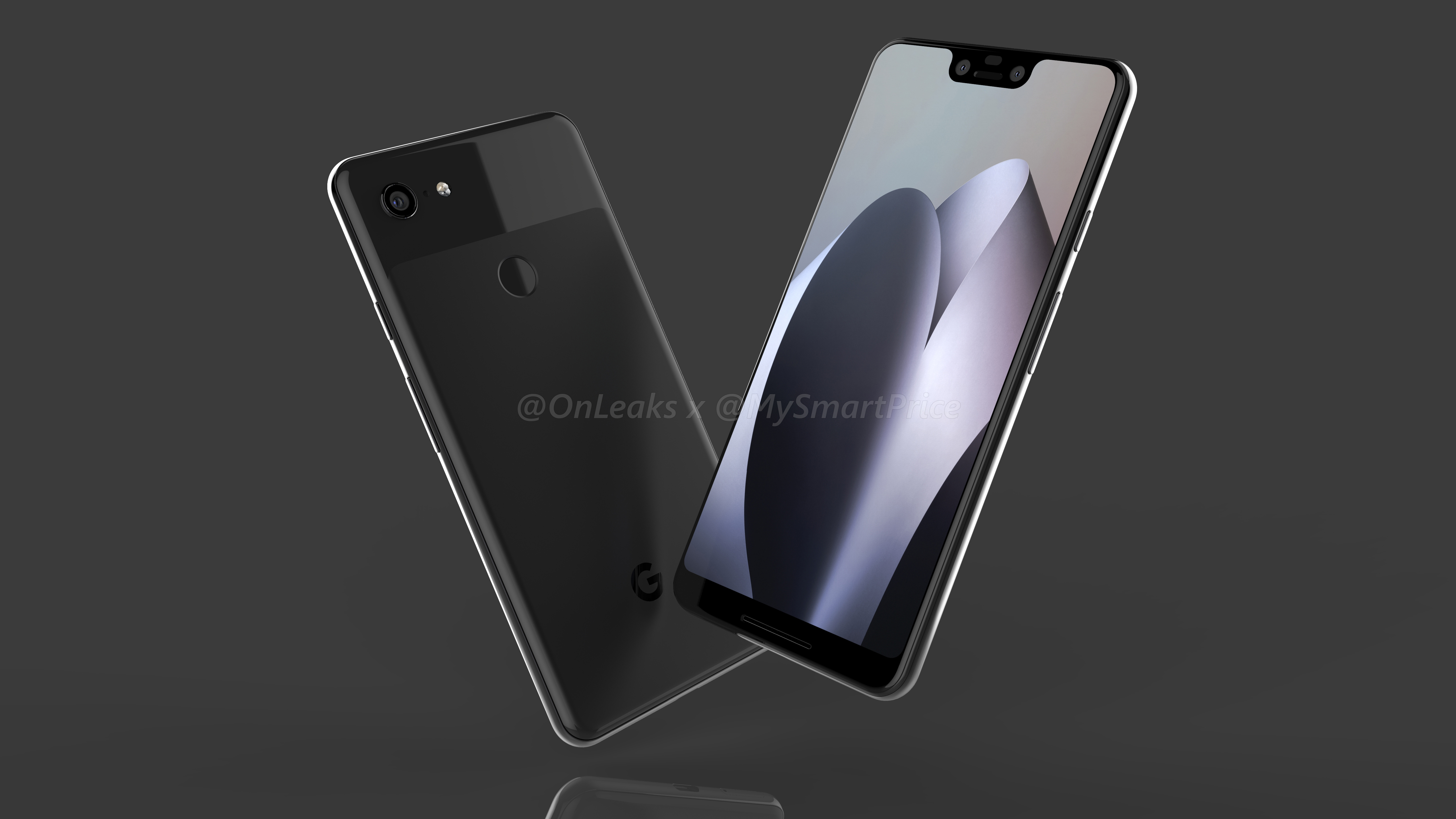 Rounding out the information we can learn from this latest leak, the SIM card slot appears to have been moved to the bottom on both devices alongside the USB-C port. As with previous Pixel devices, the button layout along the left side is unchanged with power and volume buttons there. The report does hint at the return of the colored power button as well.

There’s still a lot we don’t know about the Pixel 3 and Pixel 3 XL, but things are becoming more and more clear as we approach Google’s inevitable launch. In past years, the Pixel has launched in early October, and we’re expecting the same this time around.

These CAD-based renders always seem to give us a pretty good indication of what to expect, but as always, take them with a grain of salt. The “live” renders especially seem slightly exaggerated to me, and I think the final product will look a bit different.

So far, though, these devices do seem very promising. The most interesting tidbits to me, though, are the dimensions. Google has made barely any changes to the overall size of these devices but still offers up much larger displays. I think the extra bit of thickness could hint at wireless charging too. Of course, that’s mainly speculation at this point, so we’ll just have to wait and see.

What do you think of the Pixel 3 and Pixel 3 XL based on these latest leaks? Drop a comment below and let us know your thoughts!