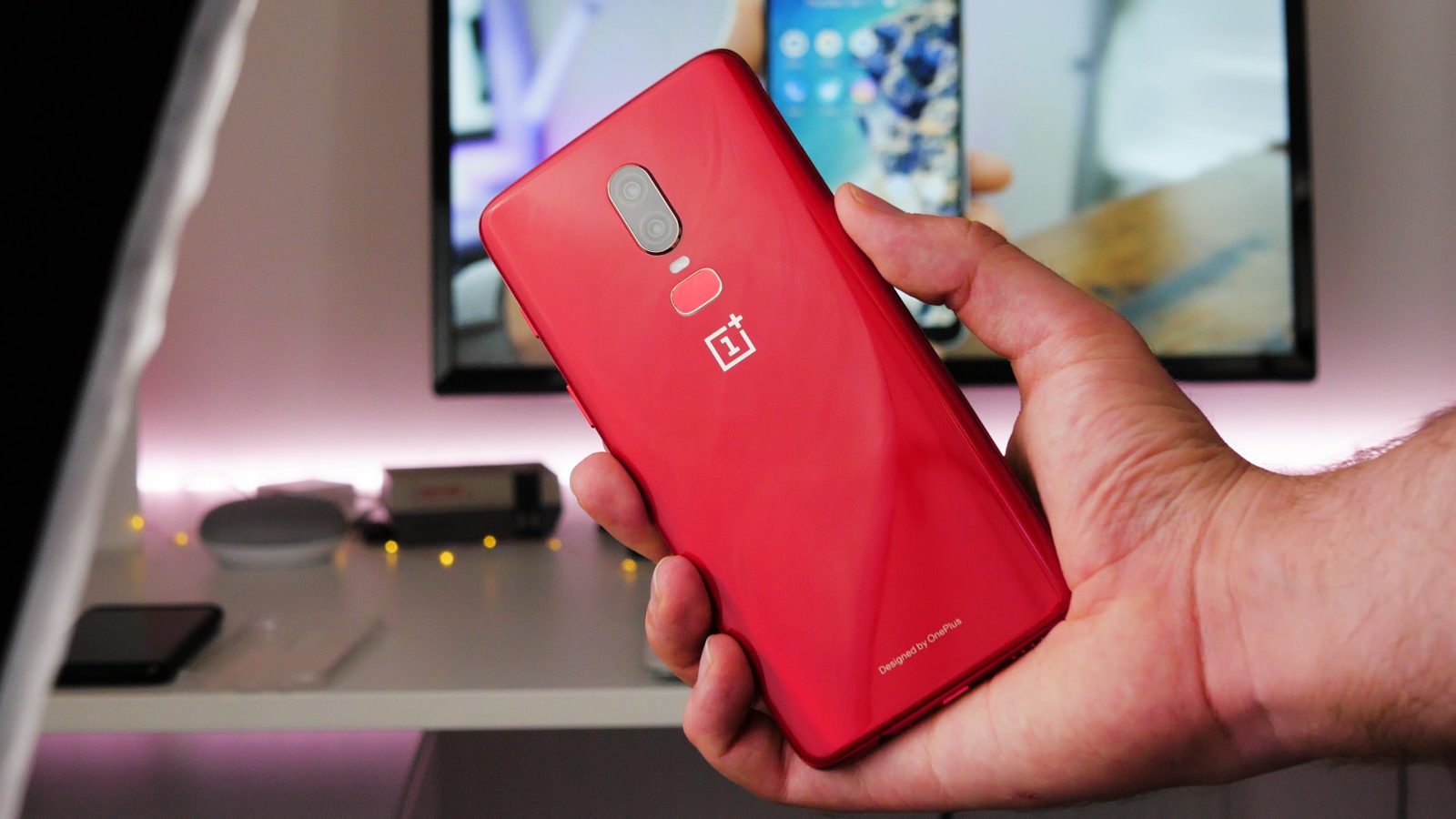 (Red) hot on the heels of the standard OnePlus 6 comes the limited ‘Red’ edition. Beyond this new colorway, the internals and performance remain the same, but that color is just something special. We’ve already given our verdict of the outstanding original, so this is just a few quick thoughts on the updated lick of paint.

Somewhat disappointingly, the unboxing experience has the phone face up — probably to prevent screen damage — I think OnePlus probably missed a trick by not having the red veneer instantly on show once you open the box.

Inside the box you get a clear silicone case to protect that glass back from nicks, scratches, and oily fingerprints, which is good as my review unit has picked up plenty of paw prints from myself and you really wouldn’t want to stick a skin on the back of this and ruin the aesthetic of the phone. If you buy a red phone and then stick on a loud colored vinyl, then you don’t really deserve it looking that good in the first place!

A color that’s hard to put into words

To be honest, whilst it is most definitely red, I’ve found it very hard to describe the ‘exact’ red color combination. It’s a mixture of different tones that really catch and glint in various lighting conditions.

Until you see it in real life, you’ll be unaware of the pearlescent nature of the backplate, but no matter how you attempt to put it into words: it’s absolutely stunning. It is very nice to see a mobile phone that steps away from the tried and tested white, black and silver colour options that make up the marketplace — not that a black, silver or white device can’t look amazing in its own right.

All hardware buttons and the alert slider have also been brushed with red paint, overall the entire device reminds me of the pearlescent-style suit worn by Iron Man, though I’m probably not the first person drawing these comparisons.

I’m wondering if Tony Stark’s alter-ego was one of the inspirations for the color scheme, but then you catch a glimpse in another light and there are hints of orange and even pink that ruin the direct comparison — it’s really difficult to pin down the exact combination of reds. But Tony Stark would most definitely rock this phone.

If you’ve ever seen Apple’s red iPhone models, then they really don’t hold a candle to this in my opinion. Although it would be nice to see a matte red option on the future OnePlus 7, as glass backs aren’t exactly to my tastes. That being said, it wouldn’t stop me from buying this or any other phone because of the inclusion.

If you’re worried about smudges, then it shouldn’t come as any surprise that the fingerprint scanner is probably the worst offender due to the metallic red finish. Then again, any metallic fingerprint reader will be susceptible to that issue. This isn’t a fault, it’s just something you’ll notice while using this phone.

By the end of a normal day, those oils in your palms will have found a home on that backplate. Fingerprints are less visible than on a black finish and you wouldn’t notice them from say, a few feet away, but up close you’ll see the dirt and grease. A cleaning cloth might be worth carrying around.

My advice: use the case. I’d hate to say ‘I told you so’ if you got a big scuff or scratch and then fumed at your mistake. It’s there in the box for a reason. Use it.

Beyond the finish, it’s business as usual, same great performance, same great price. OnePlus has really smashed it out of the park with this variant though. If you were in the market for a new device, not only is this another reason to pick it up, but I personally couldn’t recommend anything other than this right now.

Due to the limited edition nature of the OnePlus 6 in red; I wouldn’t wait around too long. Because for Android fans sick of boring, bland colored devices, this is a real red redemption.

If you’d like to buy it on Amazon, then check it out here.