Update: Third-party services started to come back online at 12:58PM, with Google reporting that all issues have been resolved as of 1:05PM.

Update 7/18: Google has issued a technical explanation for the issue that boils down to a bug in a new feature that wasn’t caught during testing.

The Google Cloud Platform is down this afternoon with the official status page noting outages for a handful of services. As a result, Spotify, Snapchat, and other companies that use Google as a backend are currently unavailable.

As of 12:50PM PST, the Google Cloud Status Dashboard notes that Google App Engine, Cloud Networking, and Stackdriver are experiencing a “Service outage.” 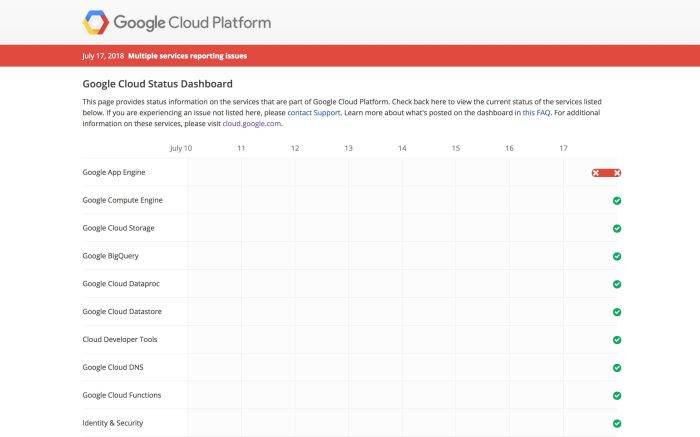 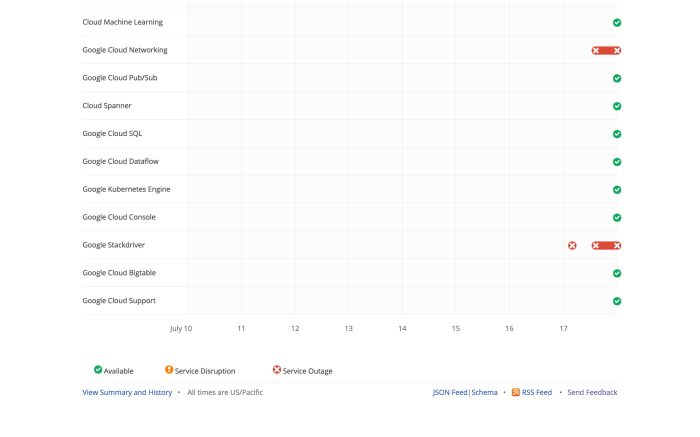 The first incident was reported at 12:25PM PST with Google noting that it was investigating an issue involving Stackdriver. Google Cloud Global Loadbalancers began returning 502s at 12:34PM, with the Google App Engine following a minute later with an error.