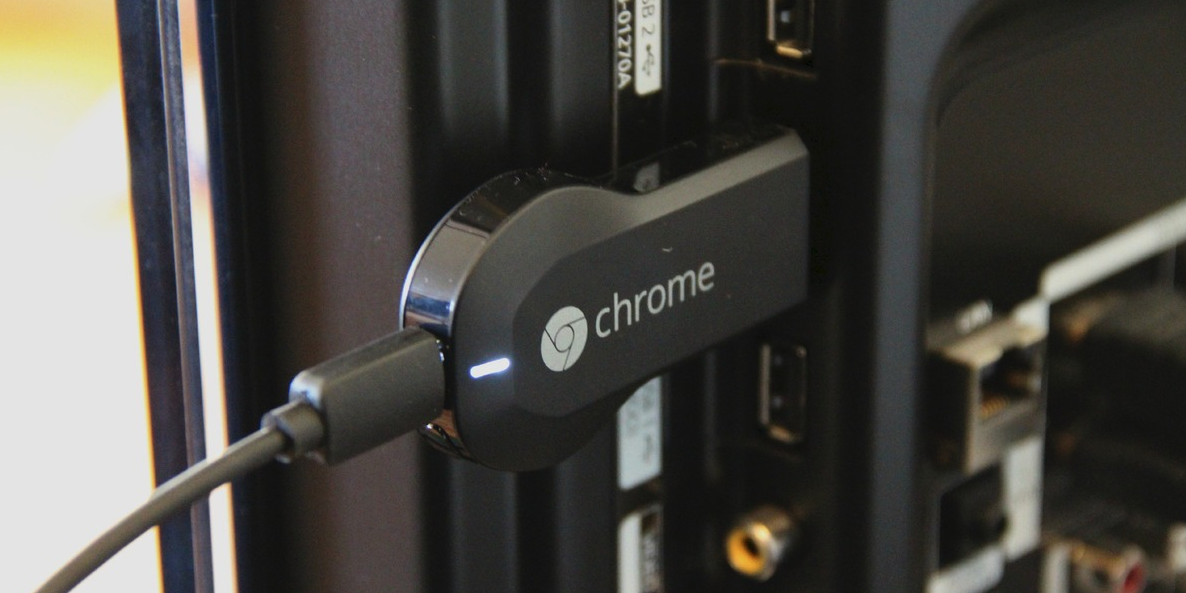 Five years after it was first released, the Chromecast is one of the finest pieces of hardware that has come out of Google. There, I’ve said it and you bet I stand by it.

Let’s examine just how Google made the Chromecast such a runaway success and better understand what this means for devices such as the Home and Home Mini.

It comes down a few things that the Chromecast achieves better than any other streaming device. How it now interacts with other Google services, and just the sheer inexpensive nature of it, make it the obvious contender for the streaming crown.

When Google announced the Chromecast, I’m sure that many, like myself, seriously wondered what actual value a streaming stick would bring when many TVs were starting to add apps and smart features. Now, five years later, we have a pretty good idea.

Google remedied the initial off-putting lack of features by keeping the price low. Now five years after the first variant appeared, the price for the standard model has remained accessibly low — at just $35 — which includes a slight hardware refresh in 2015 and a slightly more expensive version. The 4K capable Chromecast Ultra was released as long ago as 2016.

Google clearly still understands the importance of getting hardware into homes worldwide. The Home Mini serves a similar purpose to the Chromecast: Providing you with an affordable and easily accessible smart speaker that is well-made, plays nicely with your existing Chromecast devices and then hooks you into the growing Google ecosystem.

Unlike the Amazon Fire Stick, Roku or Apple TV, which all have on-screen interfaces, everything on Chromecast is controlled from a secondary device — be that laptop, tablet or mobile. If an app has the casting feature enabled, you’re greeted with the Chromecast logo, usually found in the upper right of an application. Press it and it lists any devices nearby that you can connect to. Select your TV, or even your speaker or Google Home, and start streaming.

The Chromecast then takes over and streams the content over your connected network —  taking the pressure off your device — but remains connected so that you can pause, fast forward, skip and remain in the driving seat. This sometimes has its downsides if you lose WiFi or something, but overall it’s proven to be a simple and straightforward experience. 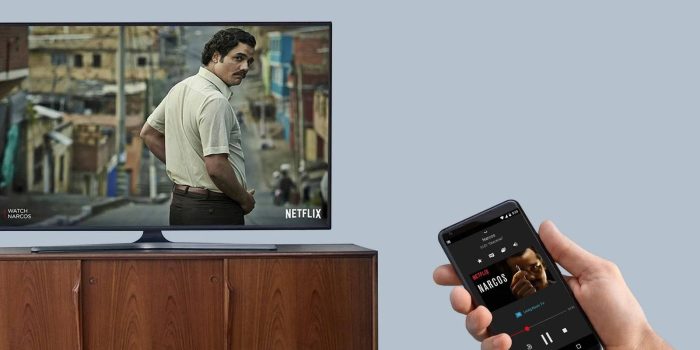 The instant accessibility and ubiquity of the system is great for us users as big worldwide TV networks have baked in the ability to stream live and recorded TV into their own apps. And potentially relegating your traditional cable and network TV connection method to the sidelines in favor of a cordcutters dream wire-free setup.

And it’s just so easy to use. The team behind the Chromecast recently released a blog post detailing their original vision and what they wanted the system and hardware to be. The usability aspect was delivered in spades. It’s a testament to the efforts of the team that it is still the most intuitive way to stream media to any screen.

Majd Bakar, the first Chromecast engineer even had this to say: “To me, the ease of use is what I like. We had an advertisement that said it was so easy for everyone to use. The first time I saw that ad, I had tears in my eyes.”

Apple might have taken the approach of closing their streaming devices to only allow Apple hardware the pleasure, but Google instead made the Chromecast compatible with just about any device on the market with no such discrimination.

Adventurous developers have created a whole plethora of cool applications that can take advantage of the streaming stick — some even making old-school Nintendo games playable on the big screen without you needing any sort of emulator or classic console. 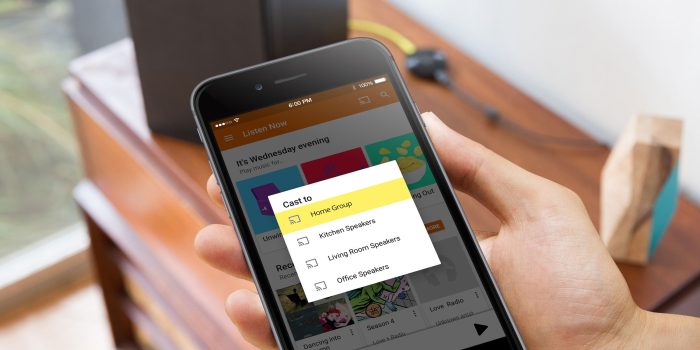 Android TV is still, unfortunately, reliant on a few key players within the TV industry. The Chromecast simply undercuts these big guys by being affordable and simple to use thanks to the open nature of the protocol. A reported 20,000 apps can now stream to our TVs, so it’s pretty easy to see why it has become one of the dominant streaming devices on the market.

The simplicity of the hardware is part of what makes it such an attractive option for even technophobes. With the Chromecast selling over 40 million units in US homes alone, it’s clear that this is one of Google’s arguably easiest sells.

It’s good looking too, even though it will likely be hidden from view at the back of your TV nearly all of the time. The simple design of the latest two models moved away from the USB stick stylings of the original, which wasn’t a bad design by any means and morphed it into a simple pebble attached to a flat HDMI cable.

As did the original stick, it neatly hides round the back of TV with the micro USB power cable attached. 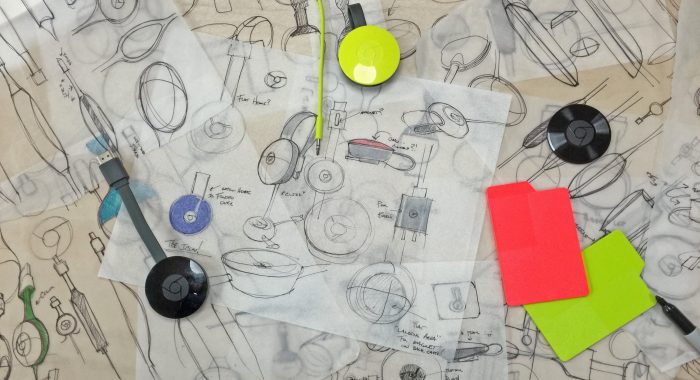 It looks good without ever really needing to look good — the hallmark of quality technology in my opinion — and we are now seeing that with every iteration of Google-branded software and hardware released today. Much like the Chromecast, subjectively speaking, the Home Mini is the best looking smart speaker on the market. It blends into the background seamlessly, exactly how high quality, well-designed technology should.

Step Five: Stay ahead of the competition

The newer 4K Ultra model — still two years old at this point — isn’t going to be relevant to those that don’t yet have access to a 4K TV, and in all honesty probably isn’t quite worth double the entry price of the 1080p version. But recommendation or not, it’s still the best 4K streaming device on the market with very little direct competition.

This move by Google to increase their smart home hardware is a savvy decision. You can see from the outset that the introduction of the Home and Home Mini has opened up more automation and speech controlled options for the Chromecast, all whilst increasing their leverage of the end-users need for integration.

Personally, I think that Google was on to a winner the moment they made the entire Chromecast ecosystem reliant on your smartphone.

It instantly means the hardware doesn’t need to be high-end, as when acting as a vessel for web connection it’s about the network and not the device. That’s not to say the hardware isn’t good. Google proved that they could make a quality, inexpensive streaming stick that has overtaken the big players such as Apple TV and Roku — which seemed like giants at the time.

Initially, you could have been forgiven for wondering what Google were thinking. Banking on streaming services when Blu-Ray and DVD were still outselling Netflix subscriptions might have seemed crazy. The move also came at a time when many smartphones still included the IR blaster — what happened to those?

By first taking over our TVs, Google made it easier to invest into their vision of the smart home. The Home and Home Mini take that a step further with Android, Chromecast and Home devices all working in synchronicity for automation on a level unlike any other system available on the market.

Its not without competition, but it’s easy to argue that Google is winning the war for the interconnected smart home, and it all started with the Chromecast.