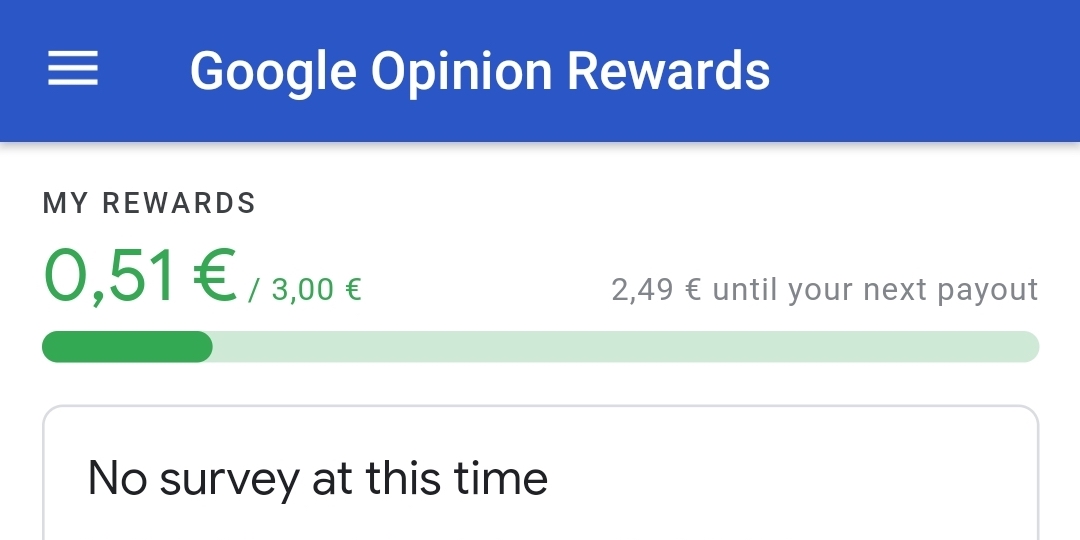 Google Opinion Rewards is a fast way for users to earn credits via Google Play or PayPal by answering quick surveys. This small app is now the latest to be testing a Google Material Theme, which we’ve managed to enable today. Meanwhile, in recent weeks, the app has updated and greatly improved the “Reward history” page.

Like with other recent redesigns of Google’s apps and services, the one for Opinion Rewards is focussed on providing a cleaner and better spaced interface. Instead of a “No survey at this time” section at the top, users are first greeted with their “My Rewards” status.

Fonts are much larger, while wording indicating progress is more straightforward. The payment status is also aided by a redesigned green progress bar detailing how much you have to earn before the next payout.

Meanwhile, immediately below this is a section noting if you have any available surveys that takes advantage of the thin, rounded outline prompt that is commonly found with the Google Material Theme.

We managed to manually enable this new screen, but Opinion Rewards in recent weeks also rolled out a redesigned “Reward history” screen. Instead of the old, compact, and columned view, there is a new summary section that specifies how many surveys you’ve taken and the total earned amount.

Below that is a better list of your transaction history, especially for users cashing out via Google Play credits. The date is now at the left, while the value of each survey is noted at the right, with the grand total up top.

The total surveys count is a useful metric to compare with other users. Overall, it’s a nice redesign that helps modernize the app, and brings Google Opinion Rewards even further from its original green look. Hopefully, the new Material Theme for the main interface is coming soon, while Reward history was updated sever-side sometime during the past two months. 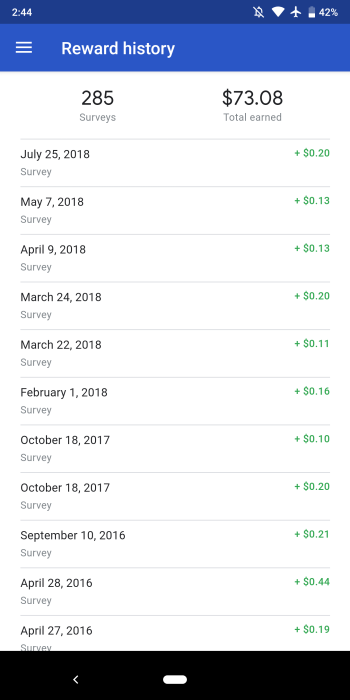