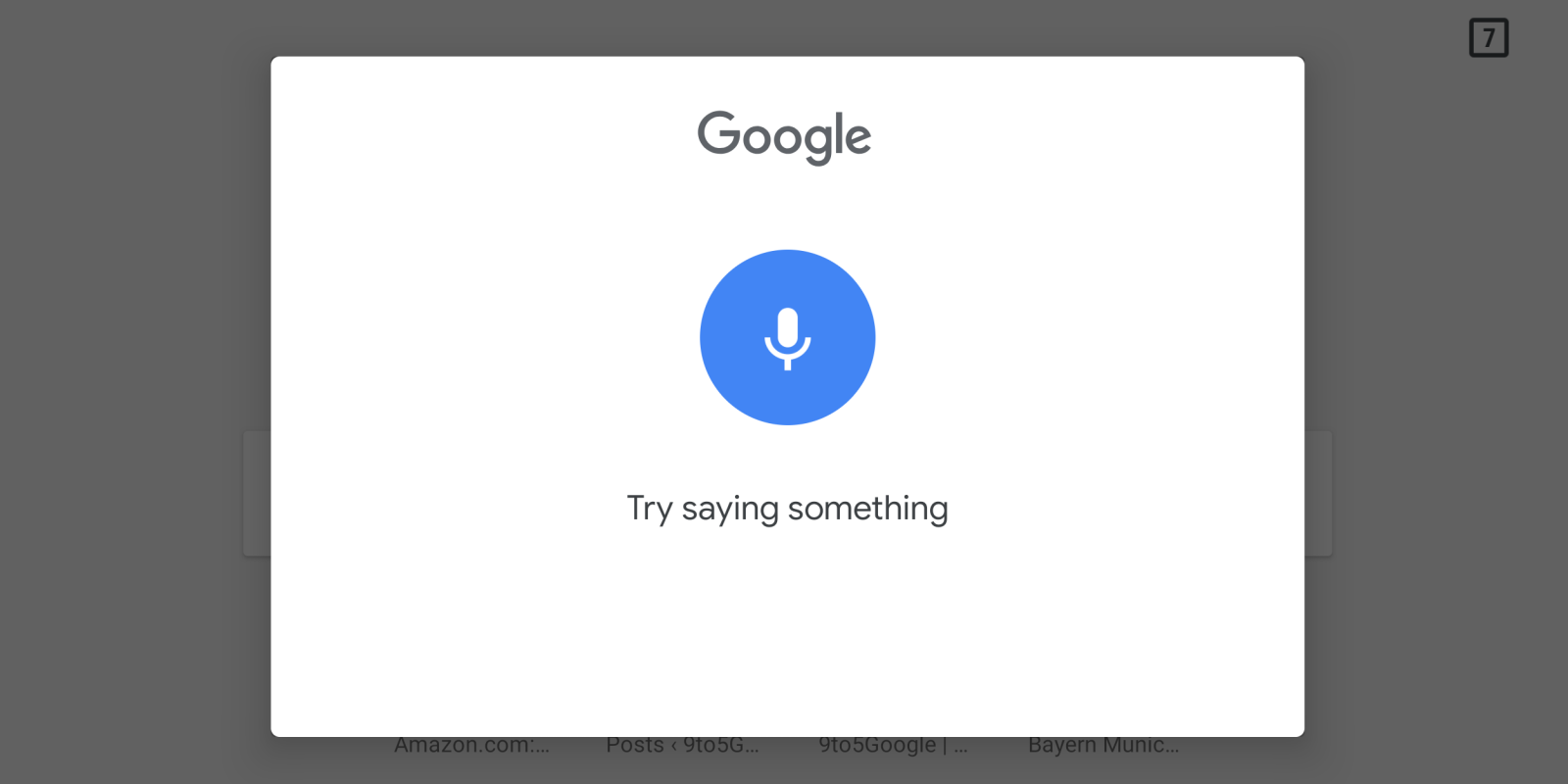 The Google Material Theme is making its way to more and more apps, with the most recent one we spotted being Google Opinion Rewards last week. The latest example is now the voice input UI for transcribing speech across Android.

While a few select apps — like Google Search and Gboard — use a custom speech-to-text interface, the majority take advantage of a standard prompt that overlays at the center of the screen. The new design (via Android Police) can be identified by its use of a stark white background, centered Google logo up top, and “Try saying something” prompt in Google Sans below.

The logo and text placement is a reversal from the old design, likely to give more space for the transcription that briefly appears before the speech is entered into the corresponding text field.

The voice bubble that pulsates as it’s listening switches from green in the previous design to blue, while three dots appear below as speech is being processed. When the system has failed to pick up on speech, the bubble adopts a white background and red outline, as well as a “Try again” button that uses the familiar light, rounded Material Theme outline.

Once this update is live on your device, the new design will appear system-wide, including Chrome, Google Keep, and the Play Store. It is live on several Pixel and Pixel 2 devices we’ve checked, but it has yet to be fully rolled out to all users. 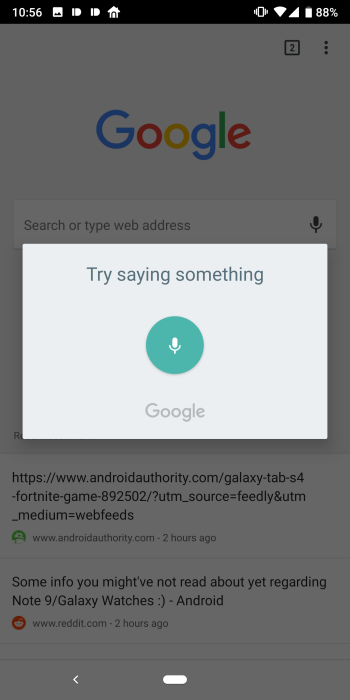 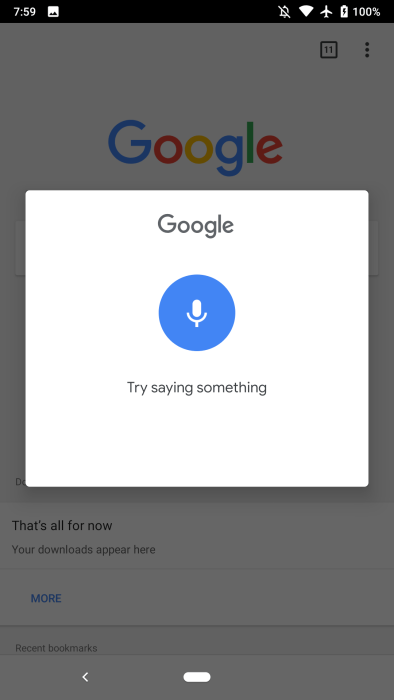 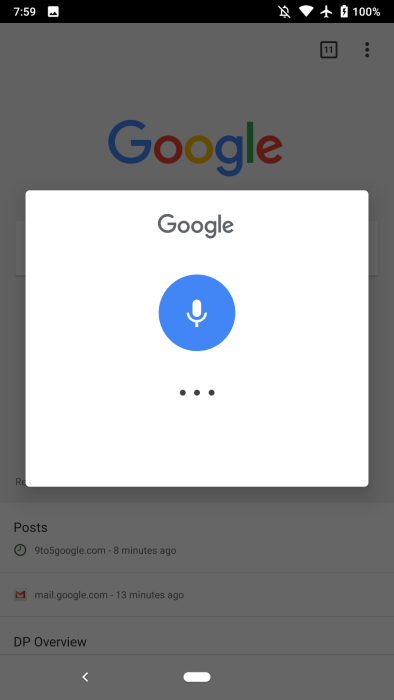 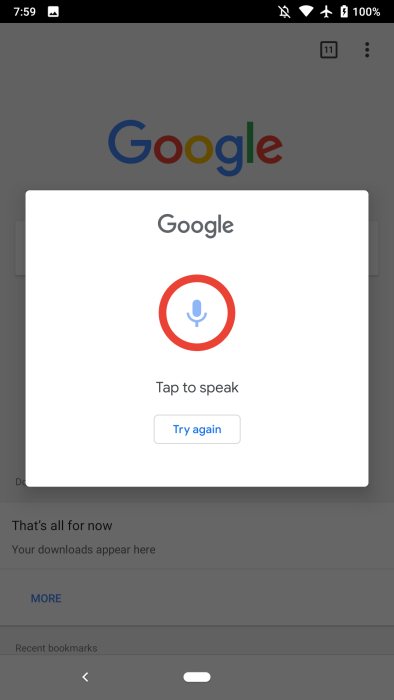 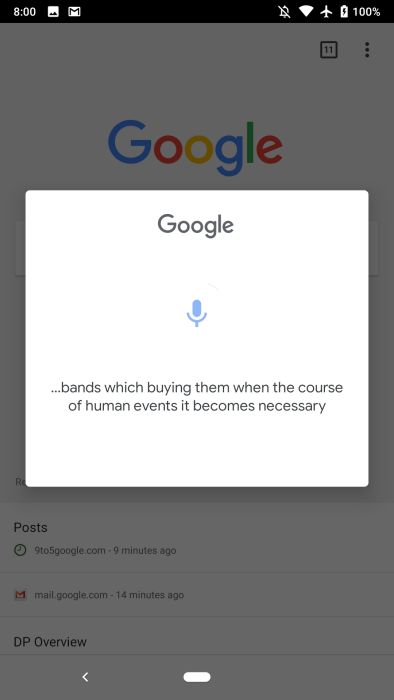