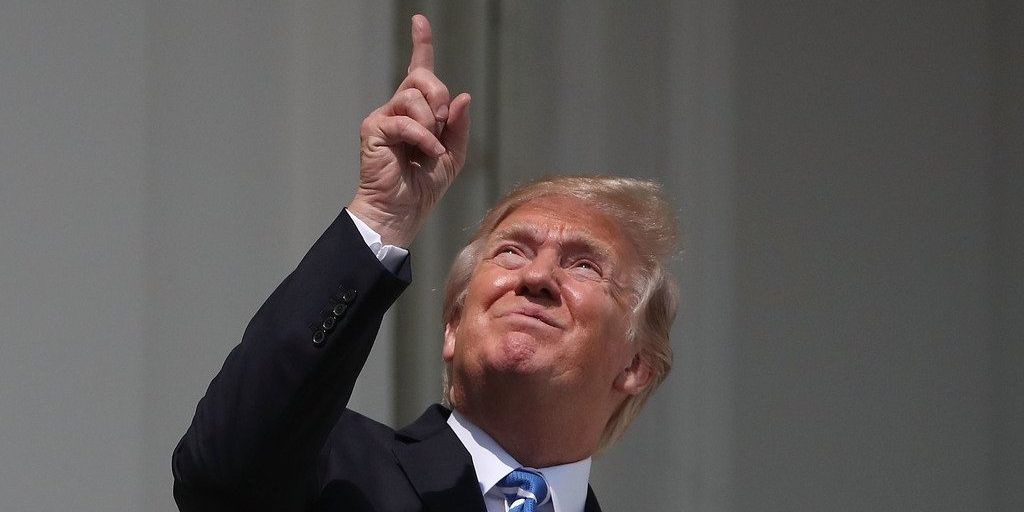 Early this morning, the President of the United States tweeted of his discontent toward Google’s search results, claiming a bias toward left-wing media. In his tweets, the President claims that searching for the phrase “Trump news” primarily returns results from “National Left-Wing Media” with Republican and conservative publications being “shut out.”

Trump also claims that this is being done intentionally by Google, to damage public opinion of him. The President questioned the legality of biasing search results in such a manner, and proceeded to say that the situation “will be addressed.”

Google search results for “Trump News” shows only the viewing/reporting of Fake New Media. In other words, they have it RIGGED, for me & others, so that almost all stories & news is BAD. Fake CNN is prominent. Republican/Conservative & Fair Media is shut out. Illegal? 96% of results on “Trump News” are from National Left-Wing Media, very dangerous. Google & others are suppressing voices of Conservatives and hiding information and news that is good. They are controlling what we can & cannot see. This is a very serious situation-will be addressed!

Update: According to the Washington Post, Trump’s economic advisor Larry Kudlow has stated in regards to this situation that the US government is “looking into it,” but he refused to clarify what that means, leaving the door open to speculation of the government imposing regulations on search results.

Google also gave a statement to the Washington Post, reassuring that it does not take political bias into account for their search algorithms.

When users type queries into the Google Search bar, our goal is to make sure they receive the most relevant answers in a matter of seconds. Search is not used to set a political agenda and we don’t bias our results toward any political ideology. Every year, we issue hundreds of improvements to our algorithms to ensure they surface high-quality content in response to users’ queries. We continually work to improve Google Search and we never rank search results to manipulate political sentiment.

While we haven’t done any kind of technical analysis to debunk the 96% number directly (it’s unclear where that number came from in the first place), the broader claim of censorship is verifiably false.  In our own testing this morning, we found that several results from sources such as Fox News and Breitbart appeared prominently in the news carousel or on the first page of results for searches relating to Trump.

Even if 96% of results were from “left-wing media,” it’s far more important to consider which sources are in the top few positions — as that’s where most traffic clicks through. As of this writing, Fox News is the very first result for “Trump News”.

It’s also important to remember that Google News is making strides in improving the variety of sources that can be found for a news story. With its uniform, non-personalized “Full Coverage” feature, it’s easier than ever to see the story from left, right and neutral perspectives. Google News is designed this way intentionally.

This isn’t the first time, and certainly won’t be the last, that Google’s search result algorithms have been accused of bias. Earlier this year, 60 Minutes ran a special on the supposed bias in the algorithm, coming from the perspective of Google competitors including Yelp.

Google’s statement in response to the 60 Minutes piece is still strikingly relevant.

Our responsibility is to deliver the best results possible to our users, not specific placements for sites within our results. We understand that those sites whose ranking falls will be unhappy and may complain publicly.