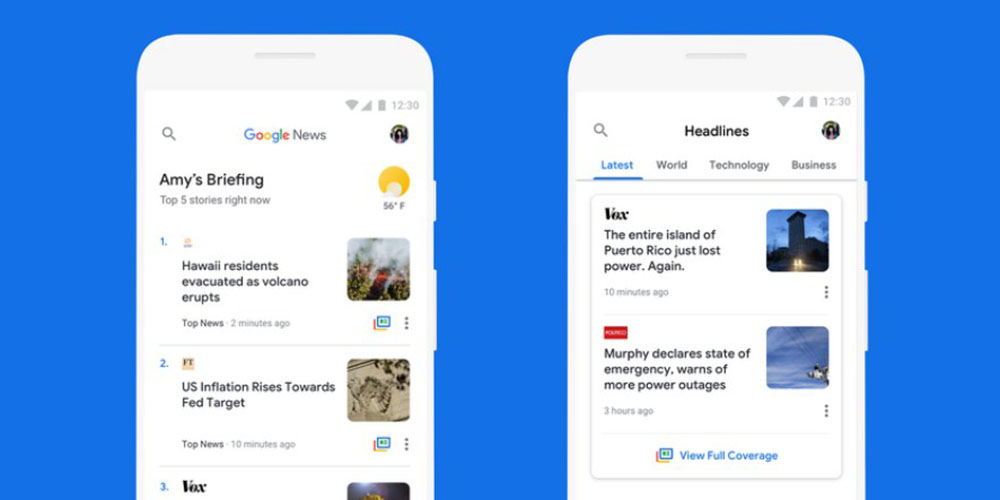 Google News got a massive revamp back at Google I/O this year, and along with plenty of other new features and enhancements came new mobile apps. Today, Google is announcing some new data-saving changes for the Google News app…

At launch, the Google News app was immediately promised to support over 125 countries and 65 languages, making it incredibly accessible for users. Now, Google is turning its attention from who can access the content to how it is delivered, making it even easier for everyone to reach it regardless of their device.

Starting in the next few weeks, Google News will be updated with a few new options to save data over a cellular connection. “Four core features” will be turned on automatically depending on your connection and your device (i.e. Android Go) and include playing videos in YouTube Go without autoplay, newscasts will be converted to be primarily text-focused, images will be compressed, and articles can be saved to be later downloaded on WiFi and read offline.

But building a news experience for everyone isn’t just about the languages offered, publishers highlighted, or topics shown. We also want to make sure Google News works regardless of the phone or cellular service you have. If you go underground on a train and you lose service or you’re somewhere without a strong signal, Google News should still just work.

Starting today, Google News will offer four core features that meet the needs of users who are using a lighter connection, including those with Android (Go Edition) phones:

Google says that these new features are rolling out starting today and will be available in the coming weeks to everyone.