We already know a lot about the upcoming OnePlus 6T thanks to leaks and official interviews. Today, though, we’re getting our first good representation of what to expect from the hardware thanks to a set of CAD-based renders of the phone.

Arriving once again courtesy of OnLeaks and MySmartPrice, these new CAD-based 3D renders of the OnePlus 6T confirms previously leaked details about the phone.

The biggest headliner here is the look at the new, smaller, “waterdrop” notch. The previous OnePlus 6 first brought a notch to the company’s flagship, but on the 6T it’s been slimmed down significantly.

This notch style was expected for a while, and leaked packaging helped to confirm it. Now, we finally know what it might look like, and it’s a clean design for sure. The slimmer size certainly helps to increase the available screen space and free up more of the status bar. We can also see in some of the images a slight cut-out above the display that appears to be the earpiece. It’s a design similar to what Essential uses on the PH-1.

Further, these renders also help confirm a few other details about the phone. Unlike previous faked renders, we can see another dual-camera system here. There’s also no headphone jack or fingerprint sensor to be seen. OnePlus already confirmed that the 6T would ditch the 3.5mm jack for and that an in-display fingerprint sensor would be adopted. 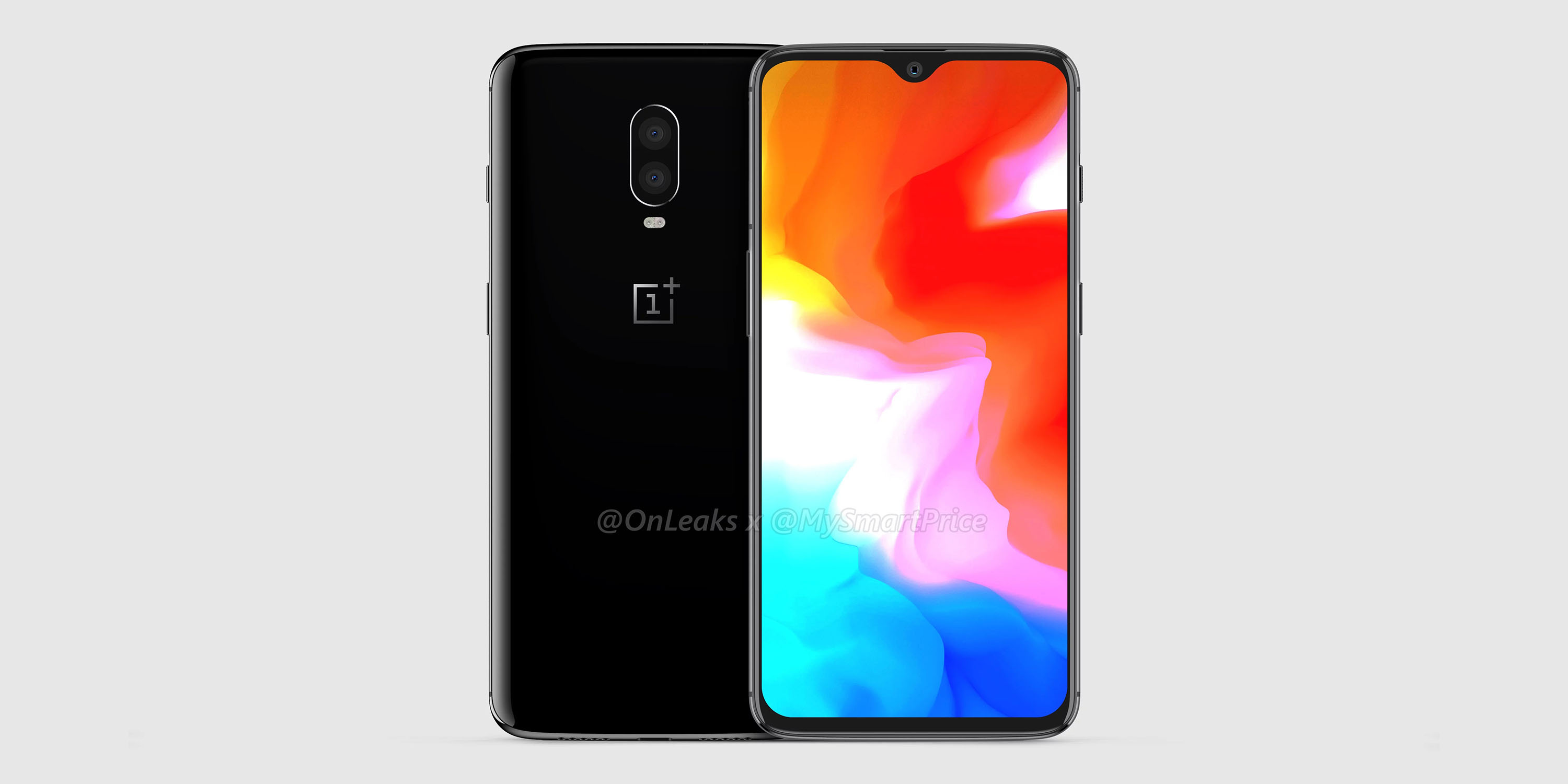 The physical size of the OnePlus 6T according to this leak measures in at 157.5 x 75.7 x 8.2mm, with a slight camera bump, making it 8.6mm. This helps confirm the rumored slightly larger display at 6.4-inches, but that should still be taken with a grain of salt. By comparison, the OnePlus 6 measured in at 55.7 x 75.4 x 7.8mm with a 6.28-inch display. As OnePlus previously mentioned, the extra thickness is apparently going to be used for the new fingerprint sensor as well as some extra battery capacity.

OnePlus is also expected to slightly increase the price of the 6T as well as launching the phone on T-Mobile in the United States – a first for the Chinese company. Currently, an October 17th launch event is expected thanks to previous leaks. Given the track record of the sources on today’s leaks, the phone shown in these renders is very likely what we’re getting next month.