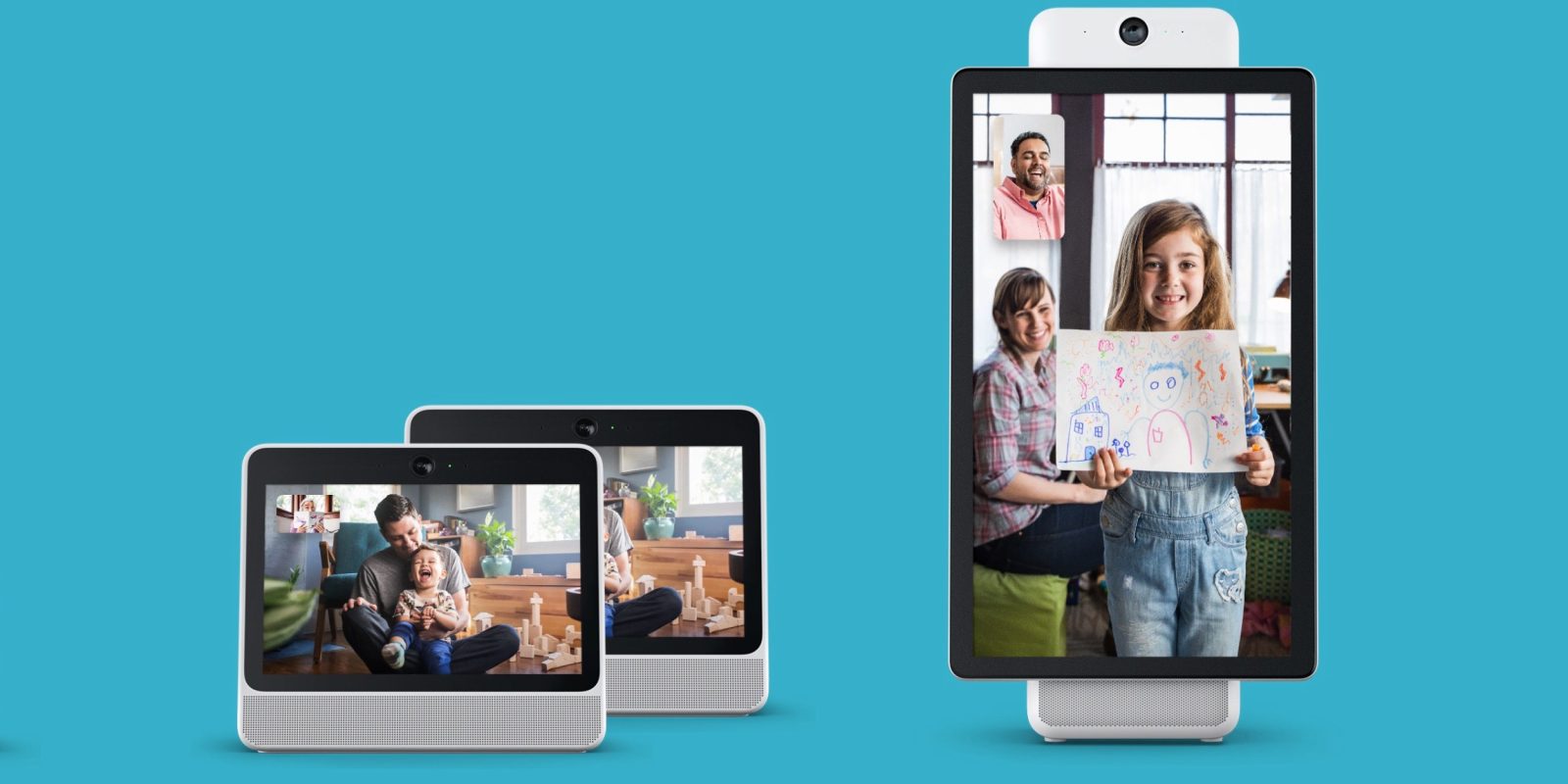 Since January, Facebook has been rumored to be developing a video conferencing device. Today, just ahead of Google announcing its own Assistant Smart Display, the social media network unveiled the Facebook Portal and Portal+.

“Portal from Facebook” looks very much like the just-announced Amazon Echo Show and was rumored to see an earlier launch if it were not for the Cambridge Analytical scandal over third-party apps having access to a user’s profile information.

The smaller Facebook Portal has a 10.1-inch display framed with a black bezel, regardless of the body color. Above the 720p touchscreen, which can also be used to show photos and other notifications, is a 12-megapixel “Smart Camera” with 8x zoom and 140 degree FOV. It tracks a user as they move around large spaces in to “follow the action” and automatically zooms out as more people enter the frame.

Users can communicate with any Facebook Messenger user and Portal supports up to six other people in a group call. The video calling UI is near identical to the phone app experience.

Other features include Alexa built-in for voice commands with support for hotword detection. Facebook also added various AR camera effects and the ability to listen to music together on a video call. Supported services include Facebook Watch, Spotify, and Pandora.

On the mic front, Facebook is competing against Google Home’s far-field microphones with “voice-enhancing” beam forming input that minimizes background noise and also tracks whoever is talking as they move through a room. The smaller device has two 10W full-range drivers that emanate sound from the bottom grill.

The Facebook Portal+ has all the same specs, but features a 15.6-inch 1080p screen that is wide/tall and can rotate from portrait to landscape orientation. Featuring a tall vertical stand, two tweeters and a 4″ pass provide “hi-fidelity sound.”

Even a few months away from privacy scandals, but only two weeks since the last breach that affected at least 50 million users, the Facebook calls the Portal “Private by design.” Like the Google Home and other Smart Displays, the camera and microphone can be disabled with a button press. Facebook notes that in this mode the camera and microphone are physically disconnected to prevent the possibility of hacking.

Meanwhile, a physical camera cover is also included, while the Smart Camera AI runs locally on device, instead of a server. Facebook notes that this technology is not facial recognition and does not identify users.