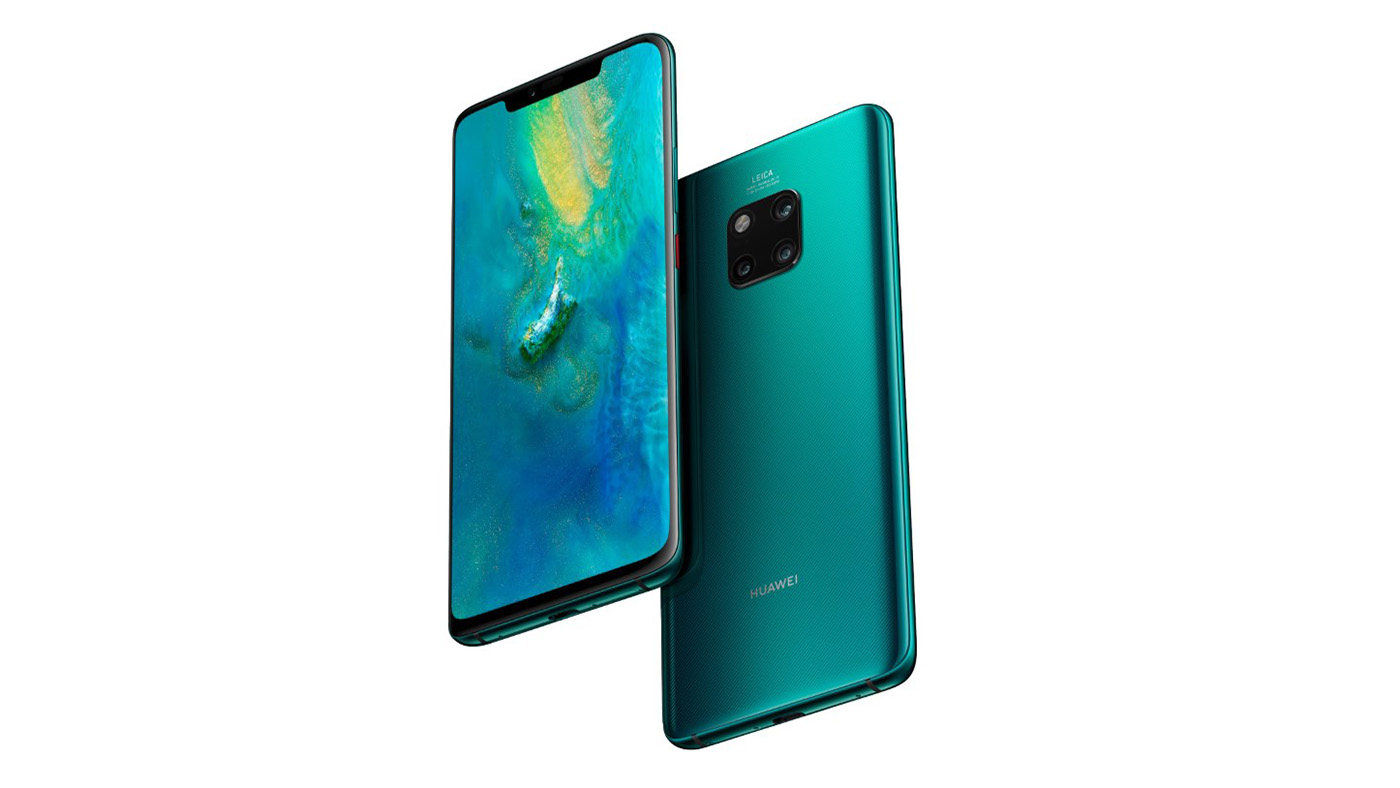 At a London event today, Huawei officially unveiled its latest Android smartphones. The Huawei Mate 20 and Mate 20 Pro are the latest from the Chinese brand and introduce a slew of new features which make them a worthy successor to the P20 Pro. Let’s take a look at what’s new.

A core feature of recent Huawei flagships has been the stellar camera performance. Partnering again with Leica, the Huawei Mate 20 and Mate 20 Pro will have undoubted camera prowess. The standard Mate 20 has a 16MP main sensor, 12MP wide-angle lens, and 8MP 2x telephoto lens. The Mate 20 Pro, on the other hand, has a 40MP primary sensor, 20MP secondary wide-angle lens, and an 8MP 3x telephoto lens. Both devices claim superior low-light performance, with Super HDR Technology also improving performance in difficult lighting conditions.

Specs-wise the Huawei Mate 20 is a huge teardrop-notched 6.53-inch device, whilst the Huawei Mate 20 Pro includes a 6.39-inch display. Both devices include an Octa-core Kirin 980 CPU, 6GB of RAM and comes with 128GB of storage with other tiers available. That storage is expandable via an industry first Nano-Memory card which is roughly the size of a SIM card.

The Mate 20 Pro also has a larger notch thanks to including some new facial recognition tech. There’s a 24MP camera up front which is backed up by a dot project, flood illuminator, proximity sensor, ambient light sensor, and an IR camera. Huawei has also added 3D Live Emoji which can react to your facial expressions. The Mate 20 trades away this functionality for a smaller notch size, but the same 24MP camera. 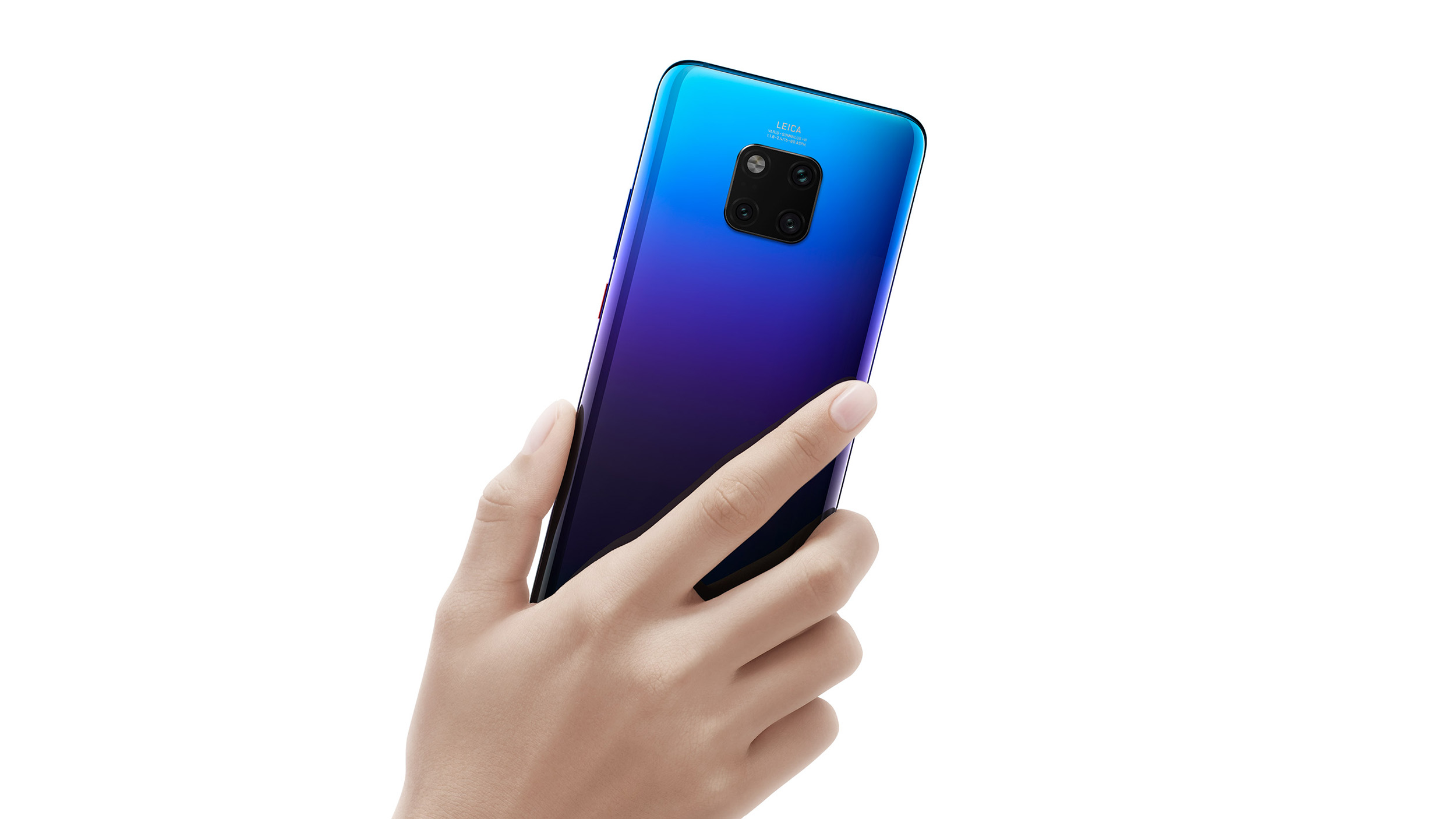 Battery life could potentially be best in class, as the Mate 20 Pro packs in a mammoth 4200mAh battery and is capable of being wirelessly charged. As mentioned, the device can wirelessly charge other devices simply by pressing or laying on the back of the device. Whilst with the including 40W USB Type-C fast charger is capable of charging 70% battery in just 30 minutes. The Mate 20 offers up a smaller 4,000 mAh battery and unfortunately doesn’t offer wireless charging.

Audiophiles will be disappointed to hear that the Mate 20 Pro does not include a headphone jack, but luckily does include a USB Type-C headphone jack adapter in the box to aid the transition. Stereo speakers are included for a better audio experience, with the downward-facing speaker audio coming from the USB Type-C port and then working in tandem with the earpiece speaker for improved device audio. The Mate 20, though, does offer a 3.5mm jack.

The Huawei Mate 20 Pro comes with EMUI on-top of Android 9.0 Pie — with the latest version of EMUI adding plenty of software alterations that even includes the ability to wireless desktop projection system. This allows you to connect a mouse, keyboard and other devices to a monitor — something akin to the Samsung DeX system available on S9 and Note 9 devices.

You will be able to get the device in Emerald Green, Midnight Blue, Pink Gold, Black and signature Twilight color variants. The Huawei Mate 20 in a 4GB RAM + 128GB storage configuration will sell for 799 Euros (approx. $925), with the 6GB RAM + 128GB storage configuration coming in at 849 Euros (approx. $980). All Mate 20 options are available from today (16 October).

The Huawei Mate 20X also arrived at this event, delivering a massive OLED display at 7.2-inches. Just like the other Mate 20 devices, it has very slim bezels and it also has a slim notch as well. Packed inside there’s a 5,000mAh battery and a graphene-based cooling system. There’s also an “M-Pen” included which can be used to write on the large display.

Easily one of the largest smartphones on the market, the device seems clearly aimed at the growing mobile gaming market, with Huawei directly comparing the device against Nintendo’s own Switch console. The 1080p panel is said to be capable of up to 6 hours of continuous gaming, comparatively longer than the Switch — that said, whilst the battery life is superior, the game selection is decidedly less pronounced.

UK and European pricing for the Mate 20 equates to 899 Euros for the 6GB RAM + 128Gb storage variant (approx. $1040) and is set for release on October 26 to select European markets.

Ben Schoon contributed to this report.