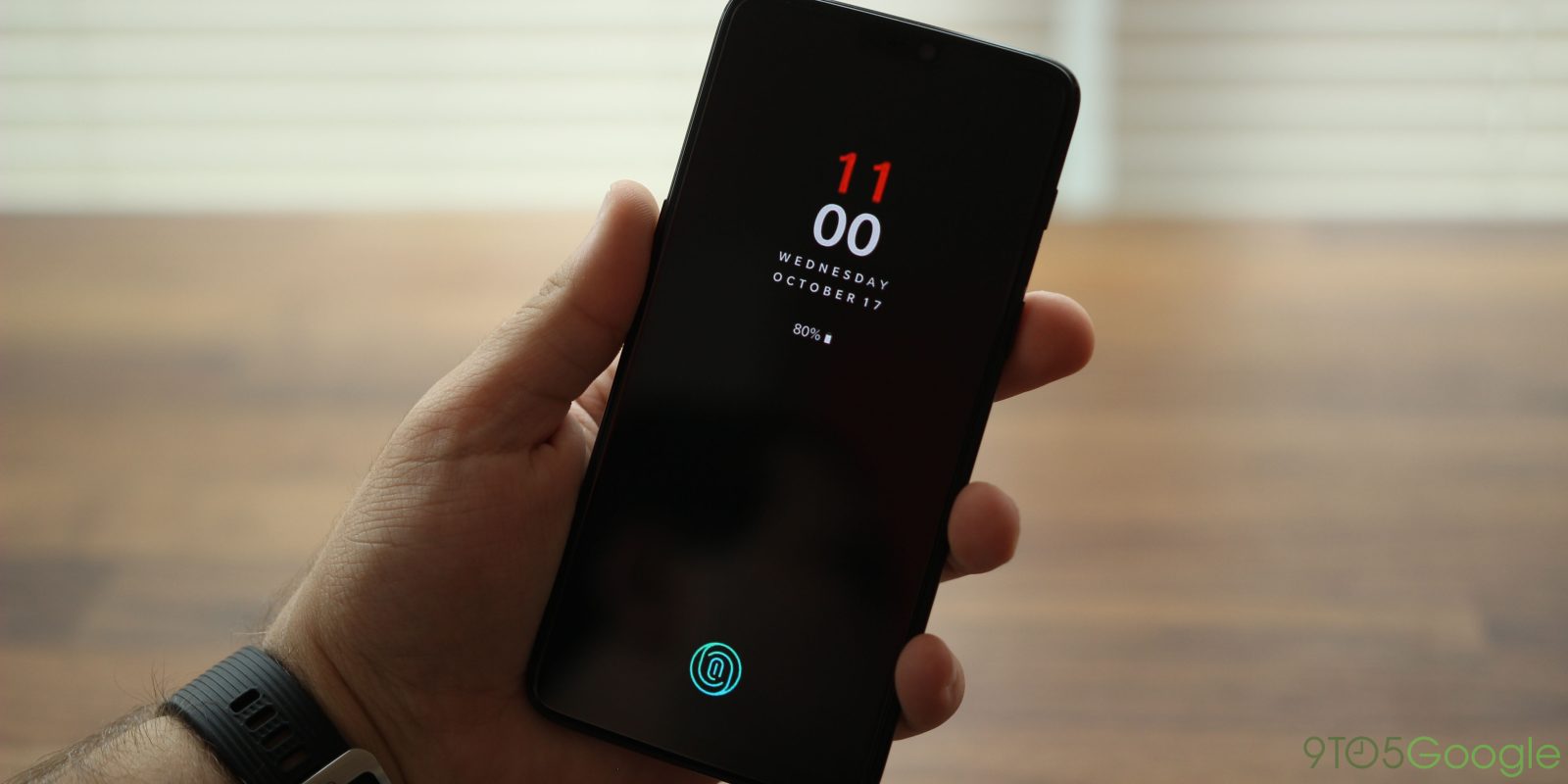 Last week a handful of new images teased some big changes incoming for the OnePlus 6T including a new fingerprint sensor embedded under the display. Today, OnePlus is officially confirming that feature for its next phone…

Speaking to CNET, OnePlus has confirmed that its next phone, the OnePlus 6T, will include an in-display fingerprint sensor. Obviously, the OnePlus 6T won’t be the first phone to bring this technology to an Android smartphone, but it will be one of the most popular to date.

We unlock our phones multiple times a day, and Screen Unlock reduces the number of steps to complete the action. By adding this feature as an addition to other display unlocking options such as Face Unlock, users will have options to unlock the display in a way that is most efficient for them.

Apparently, OnePlus has been hoping to implement this technology since the OnePlus 5T first hit the market, but the technology “wasn’t mature enough” to meet the company’s standards. To implement it on the OnePlus 6T, the company has had to reorganize the phone’s internals, including making the phone a bit thicker. This device will be 0.45mm thicker than the OnePlus 6 to accommodate the new hardware.

OnePlus also provided a screenshot of what the Screen Unlock feature using the in-display fingerprint sensor. This isn’t unlike what we’ve seen on other devices using this unlock method, but what’s interesting is the October 17th date mentioned. Previous rumors claimed an October launch, so I’d bet we’ll see OnePlus launch its new device just a few days after Google’s big unveiling.

Alongside this change, CNET’s report also seemingly confirmed that the OnePlus 6T will be available on T-Mobile. The language used is a bit indefinite, but it certainly seems like OnePlus has just confirmed its first carrier deal. The OnePlus 6T is also rumored to launch with a slightly higher price tag, a similar overall design with a smaller notch, and more. Now, it seems like we don’t have long to wait…