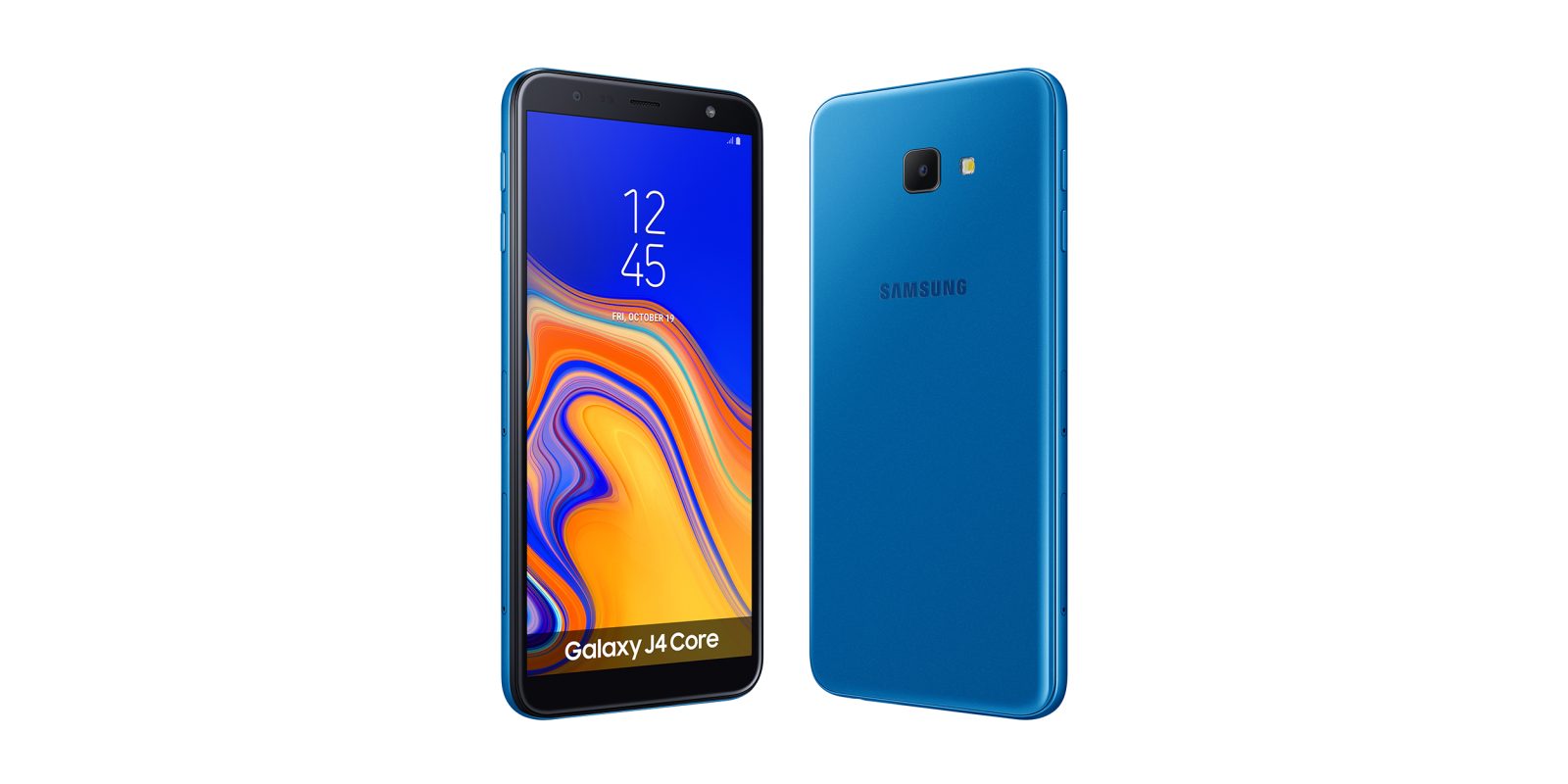 With Android Go, smartphone makers have the ability to launch devices that hit extremely low prices thanks to lower requirements. Today, Samsung is launching its second Android Go device with the Galaxy J4 Core, and it gives users a slight spec upgrade compared to other Android Go devices.

Back in August, Samsung’s Galaxy J2 Core was its first Android Go device. Predictably, it was a very low-specced device in every way. It had just 1GB of RAM, 8GB of storage, a low-end Exynos 7570 processor, 2,600 mAh battery, and worst of all, a mere 5-inch 960×540 display. However, at under $100, it’s honestly not the worst device out there.

Now, though, the Galaxy J4 Core has debuted (via WinFuture) and it has a few key upgrades from the J2. First and foremost there’s the display which has been upgraded to a 6-inch 1480×720 TFT LCD panel. There’s still only 1GB of RAM, but that’s paired with 16GB of storage, a stronger 1.4GHz quad-core processor, and a 3,300 mAh battery. There’s also an 8MP rear camera and 5MP front-facing shooter.

Android 8.1 Oreo (Go Edition) is running out of the box here with Samsung’s various modifications and pre-installed applications. If Android Pie arrives, it could improve things further as well. The design of the Galaxy J4 Core is also far more modern compared to the J2, and it comes in three colors including a bright blue option.

Currently, pricing and availability details are unknown for this device. Samsung has yet to issue any press releases surrounding the device, simply providing images and specifications online. If previous launches are any indication, though, it’ll be priced competitively.