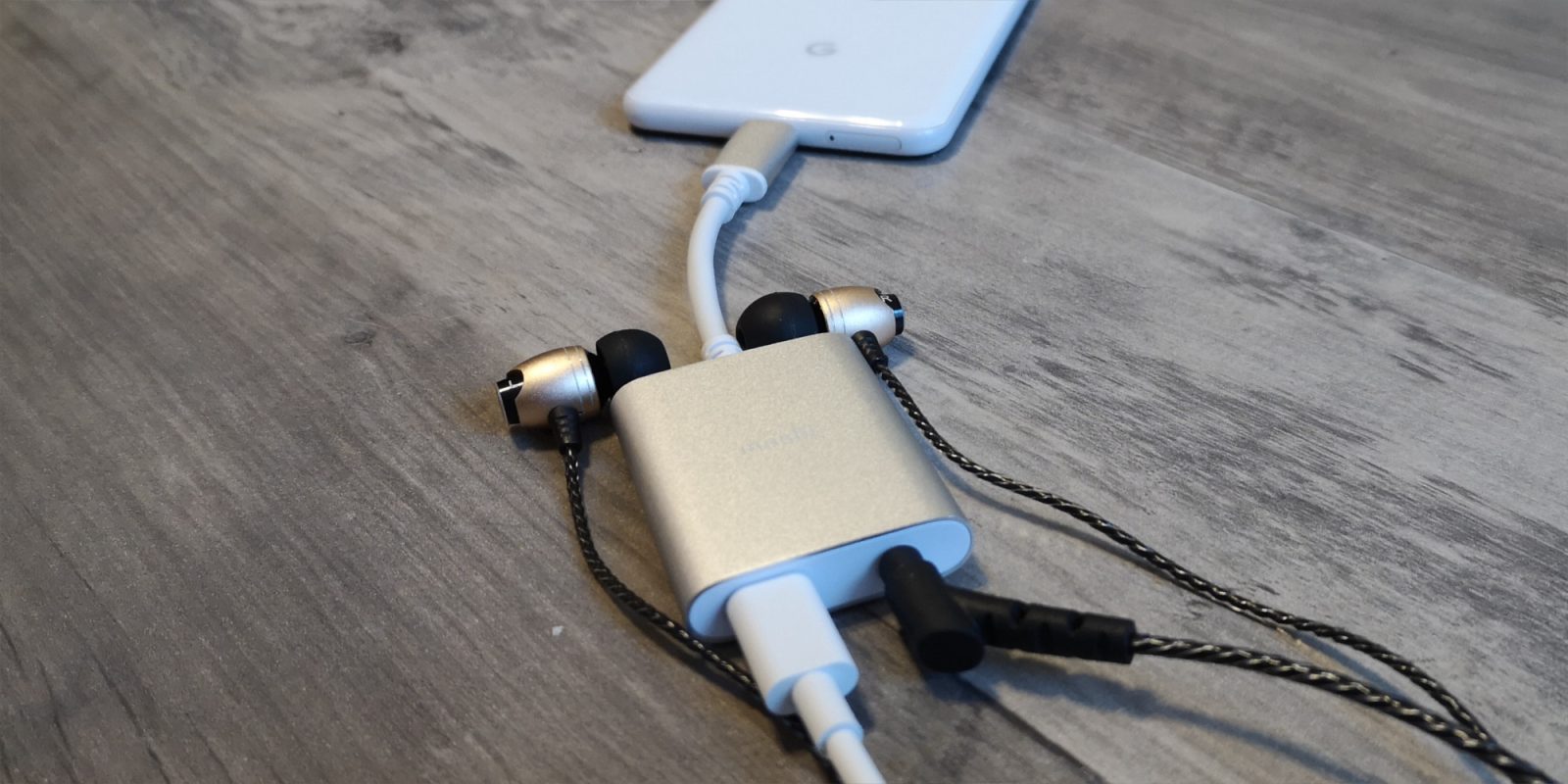 Have you ever been listening to music with wired headphones only to realize your phone battery is low? In that moment, if you own one of the many phones that have recently dropped the headphone port, you’re presented with a choice: keep listening as your device slowly dies, or charge it up in silence. I spent some time with a new Made for Google adapter from Moshi that asks “Why not both?”

Just a few short years ago, our phones came with dedicated headphone ports. In those golden days, we could simultaneously listen to music and charge our phone without dongles with long-winded names like the Moshi USB-C Digital Audio Adapter w/ Charging.

In a perfect world, we wouldn’t need an adapter like this. OEMs are well aware how many consumers like the headphone jack, yet they’ve chosen to remove it anyway. The trend away from headphone ports has created a new economy for Bluetooth headsets and USB-C dongles like this one.

When it comes to audio quality, especially for the Pixel 3, the best baseline is Google’s official USB-C to 3.5mm adapter that also comes included with every Pixel 3 sold. I went into this review expecting the Moshi to sound obviously better, but this was not the case.

Honestly, there’s no marked difference in audio quality between Moshi’s $40 Made for Google dongle and that of the $12 Made by Google adapter. No significant increase in max volume; no subtleties revealed on high-end headphones. There’s nothing to give Moshi’s dongle the lead on Google’s adapter. For all purposes, I can’t detect any audible difference between the two.

For the curious, the audio quality does not change in any way when plugged in to USB power, compared to unplugged.

Being a Made for Google device, Moshi proudly claims on the box that the dongle will work with the Google Pixel 2 and Pixel 3 phones, the Pixelbook, and even the soon-to-be-released Pixel Slate.

Of course, there are USB-C equipped devices which this dongle will not work with, such as the Nintendo Switch, which does not support most varieties of USB-C audio. Otherwise, all devices I tested the adapter with worked as expected.

USB-PD fast charging also works exactly as expected. However, I did not test any proprietary charging methods such as Qualcomm’s Quick Charge.

Quirks, or a lack thereof

When it comes to engineering a non-standard adapter such as this, there are often details missed or quirks introduced, some of which get forgotten. One of the first things I did with the Moshi USB-C Digital Audio Adapter was make sure it would work correctly regardless of which order I plugged or unplugged different components.

My biggest fear was that plugging in USB-C power while listening to music could cause audible interference. This was absolutely not the case, but it instead just works, which is all I could ever ask for.

The only quirk I was able to discover on the Pixel 3 was that disconnecting USB power (either from the wall outlet or from the adapter itself) immediately pauses audio playback. On the Pixelbook, both connecting and disconnecting the power briefly disconnects the audio hardware from Chrome OS.

In all other tests, the Moshi USB-C Digital Audio Adapter performed flawlessly without any static, interference, or unexpected disconnects. This showcases the level of electrical engineering that went into designing this dongle. The Made for Google certification process likely played a major role in its quality.

If simultaneously charging and listening to music matters to you, the Moshi USB-C Digital Audio Adapter w/ Charging should be the only adapter you consider. Other, cheaper models are not likely to match the Moshi dongle’s quality of electrical engineering. If audio quality and max volume are your number one concerns, however, you may not be as impressed.

The Moshi USB-C Digital Audio Adapter w/ Charging is available from Amazon, and the Google Store.