Google has reinstated SMS and call access to Tasker

We reported last week that popular Android automation app, Tasker, had been denied access to call logs and SMS send, receive and read functions. That meant the disabling of a multitude of app features due to Google’s policy to protect the privacy of users. Google has since restored Tasker access to these functions so long as the developers adhere to some rules and regulations.

For anyone who uses or has used the paid version of Tasker, this will be great news as many of the tasks that rely on accessing these functions will have been temporarily unusable.

As we already reported, developers can request an exemption for their application. Tasker developer, João Dias initially filed for such an exemption for Tasker, given that many of its users utilize the call and text actions. Google had originally denied his request, stating that Tasker did not qualify for any of the special exemptions. Dias then shared his experience publicly, including the full response from The Google Play Team.

The Google Play Team has since flipped their initial response, which means that Tasker is now able to function properly again. Google has since updated the Android developer support pages to include this new list of exceptions. Tasker — and similar applications — now fall under the “Task automation” section which is an exempt category for access to call logs and SMS. 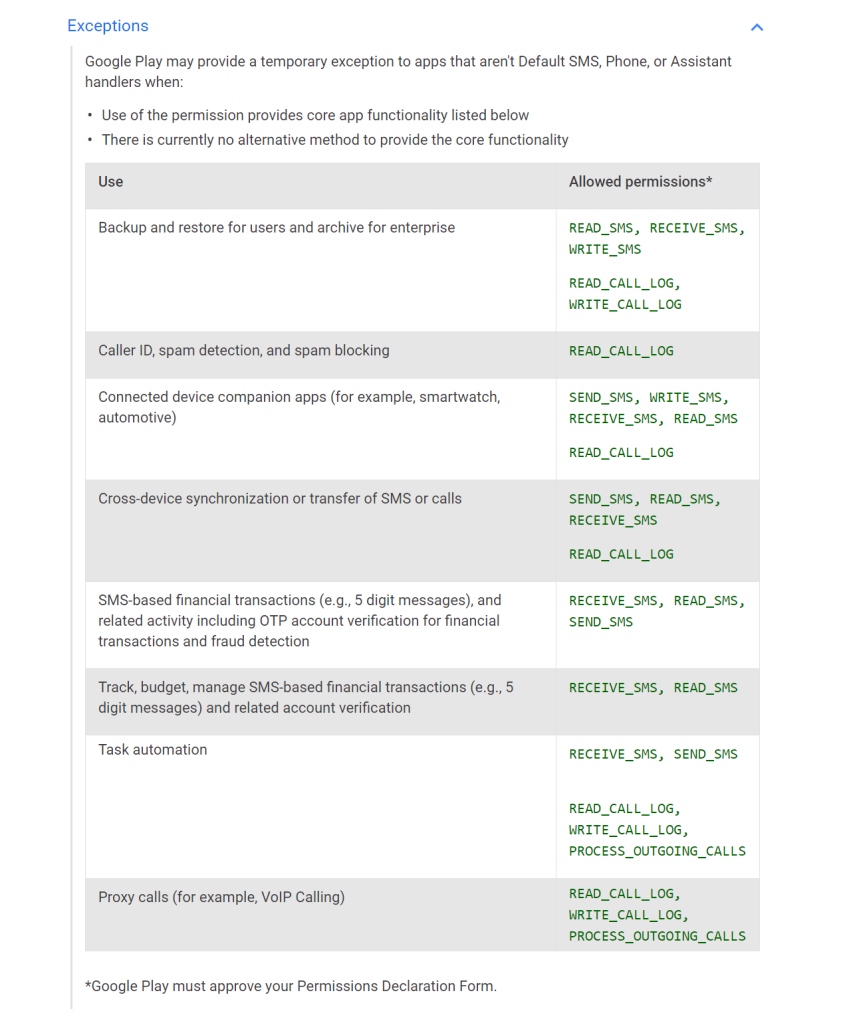 Not all task automation applications have been approved, with some still lacking access to these features, even with updated permissions. This means that developers may still need to seek Google advice to gain these extra permissions.