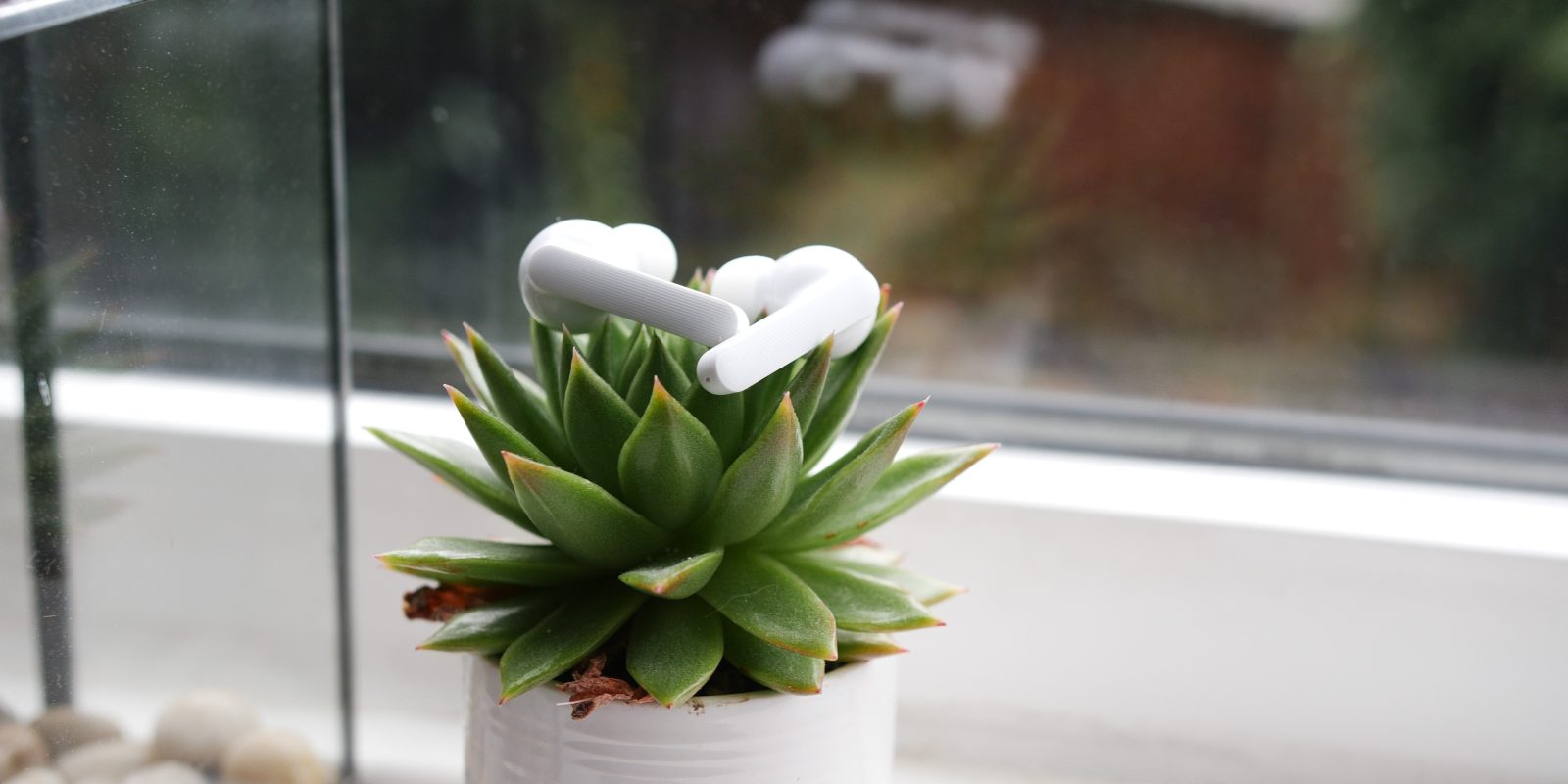 Perhaps like many of you, I’ve had to embrace the world of Bluetooth headphones and earbuds much sooner than I would’ve liked. Mobvoi makes some superb Wear OS smartwatches, but the IndieGoGo-backed TicPods Free finally give Android users a solid alternative to Apple AirPods.

While often as a reviewer you might take a jab at Apple or make a bold claim about a product being ‘X’s answer to Y’, the TicPods Free actually do genuinely offer up an exceptional alternative to the AirPods. Clearly, the design will be justified as ‘close-enough’ to the official Apple wireless earbuds to make them more appealing to those that don’t know any better.

Of course, the influence of the big fruit is all over these headphones. From the case to the shape, to the base color option, these reek of ‘Apple-ification’, but that doesn’t mean they are a by-the-numbers replica. In fact, they’re far from it. Mobvoi have created a pair of Bluetooth earbuds that not only stand up to the market leaders, they also beat them in a number of core ways.

As I’ve said (and as you can see), the TicPods Free look like a cast off or prototype from the Apple design labs in Cupertino. The elongated antenna-like ear-prongs are almost indistinguishable from a distance, however, up close they do have a few unique design choices.

Let’s start with the headphone case. It’s a small, sarcophagus-style carry box that acts as both a home and charging dock for these earbuds. The lid does feel light and is my only concern with the entire package, as the mechanism lacks the rigidity I’d expect. That said, the lid is secure, locks into position and stays closed comfortably thanks to a magnetic clasp.

That worry is probably unfounded though, as even after dropping the case once or twice, my TicPods didn’t budge and neither did the lid. You can shake away vigorously and the lid won’t flop open — but in white you can see the LED lighting that blips to confirm your headphones are charging or disconnected from your device. 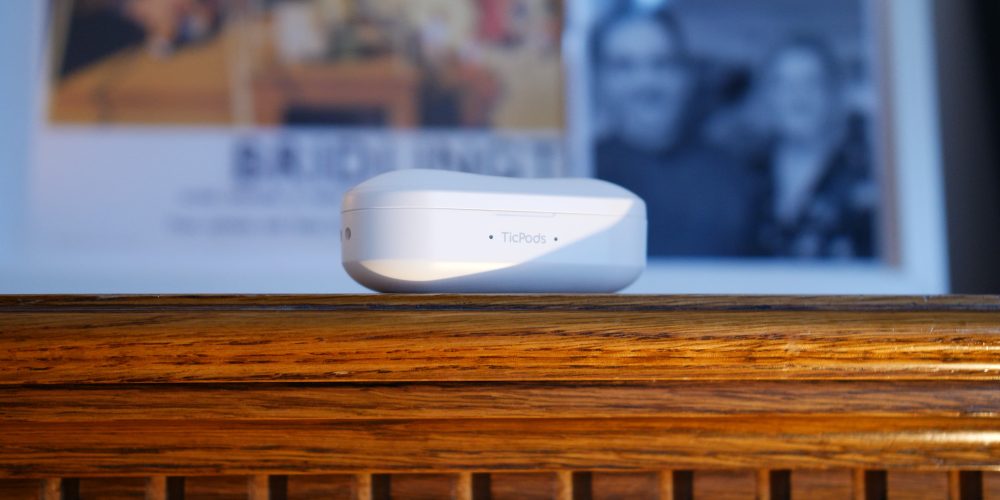 I like the ridged lid of the case as it gives a nice grippy surface but it also serves the dual purpose of me being able to tell which is the right way up when the TicPods are in my pocket or bag. It’s a little touch that might go unnoticed by many but I appreciate those neat extra thoughts during the design process.

On the side panel of the carry case you’ll see the only branding found on the packaging, the TicPods embossed logo is framed by two LEDs. These change color to indicate the battery level of the buds when opening the lid.

Like most wireless earbuds, the case needs a charge to keep the TicPods Free topped up when safely enclosed inside. There is one solitary micro USB port — which should be a USB Type-C at this point — found on the right side of the case which allows for charging. 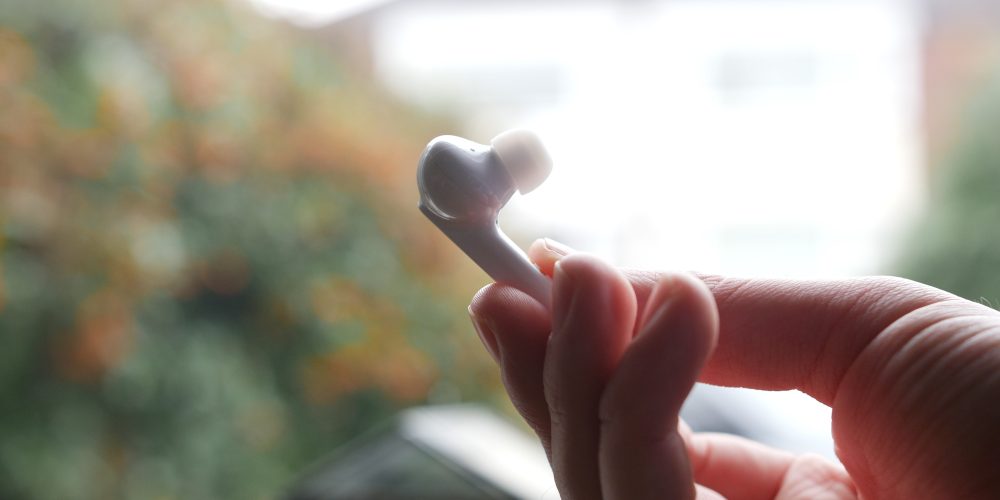 The earbuds themselves feel like a slight upgrade over the AirPods thanks to the inclusion of the traditional rubber tip that sits better in your ear canal. The fit is snug but there are only one additional set of silicone tips in the box. That could be a problem if these buds don’t fit quite right with the included options — Mobvoi should definitely have included some more in the box.

I’ve yet to mention the color options, of which there are three: Navy, Lava and Ice. That will be blue, a sort of orange-red and white to everyone else. I tested the white version and I did receive plenty of comments asking if I had an iPhone now, prepare some witty replies and retorts for that exact situation.

Each pronged headphone has that same ridged design on each stem, this gives extra grip but also help with audio controls and general control — more on this later though.

I’m in no way an audio snob or what some might call an audiophile. My listening preferences veer towards Podcasts more so than playlists nowadays. That said, I am impressed with the overall balance and despite the bass feeling a little weak at times, it’s more than acceptable for my eclectic musical tastes.

I found vocals to be clear even in muddy tracks, that said in bassy dance tracks the overall experience felt a little duller than I would normally wish for without that extra bassy oomph. It’s pretty much par for the course given the form factor, as the smaller size means drivers tend to have much less power. Of course, there are very few in-ear earbuds that will match the sound quality offered by over-ear headphones. 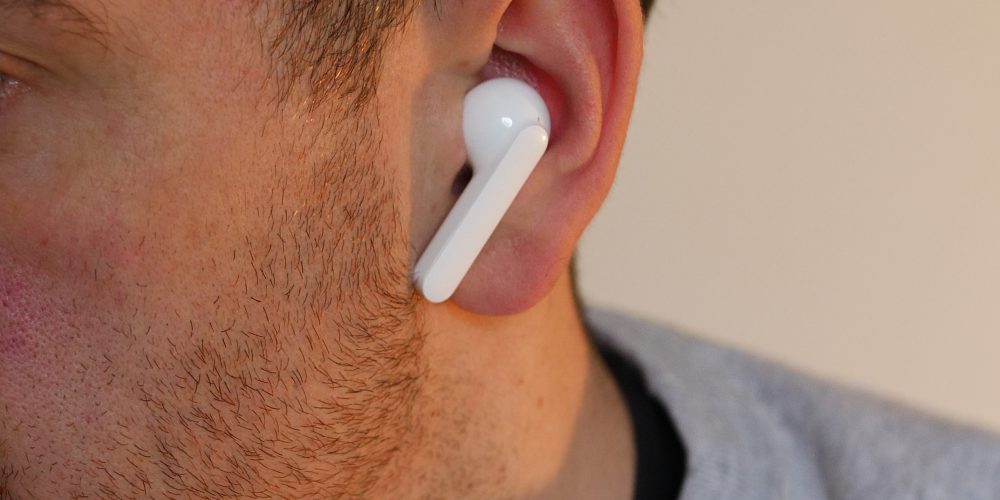 Almost all genres hold up well, and they are comparable to many other headphones priced in and around the same entry point. For avid podcast listeners, you will have no qualms with the sound quality.

I’ve used these buds for quite a few phone calls and video calls too and yes, people still do that. Call quality and microphone pickup were excellent, the active noise cancellation packed in is clearly helping when picking up speech.

Noise cancellation can be a misnomer though, as it doesn’t block ambient noise when wearing the earbuds. It simply blocks the microphones when making calls.

The TicPods respond to tap and swiping gestures, with the stem design actually working well for these kinds of swipe and tapping gestures. To increase volume you swipe up from the base of the prong while, naturally, swiping down decreases the volume.

Double tapping skips the track or skips forward in your podcast app of choice, while a single tap pauses the playing audio. This can be achieved by taking out the right earbud too as the TicPods Free automatically re-pair and resume playing when you place them back in your ears.

Holding your finger on the side of the stem activates Google Assistant, which I found useful for checking the time when out and about. Overall I found the controls really intuitive in theory but less so in practice. The volume controls worked without fail for me at least, but skipping and pausing tracks probably worked around 85% of the time. 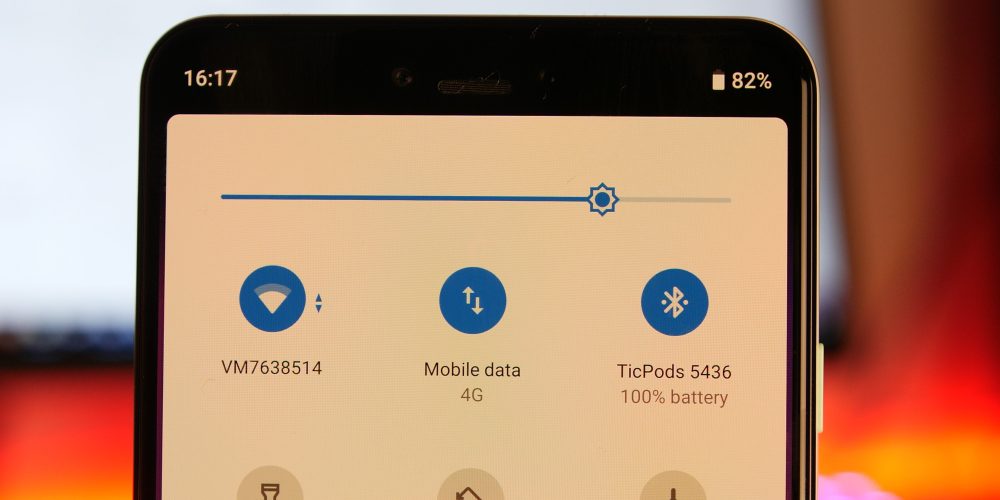 Mobvoi claims that the battery on the TicPods Free can last up to 18 hours, however, that includes a couple of charges in the case. Initially, I thought that was a bold claim, but in practice I was getting at least 15 hours and by that point, I was automatically plugging in to charge the earbuds anyway.

The battery life is just that good. It doesn’t quite match the Apple AirPods but it gets damn close. What I will say is that these buds are way more comfortable than any Apple headphones when worn for a significant amount of time. .

I cannot recommend the TicPods Free highly enough if you were looking for Apple AirPods alternatives that actually work well with an Android phone. The sound is great, not quite exceptional but there are quite a few more expensive wireless earbuds with comparably poorer sound quality than the TicPods.

When bought at RRP, the TicPods Free are still up to $30 cheaper than the Apple counterpart. They play nicely with Android and the controls — when they work — are arguably better than those on the AirPods on an Android smartphone.

Where to buy TicPods Free