[Update: Nope] OnePlus will launch the first smartphone with Snapdragon 855 in 2019 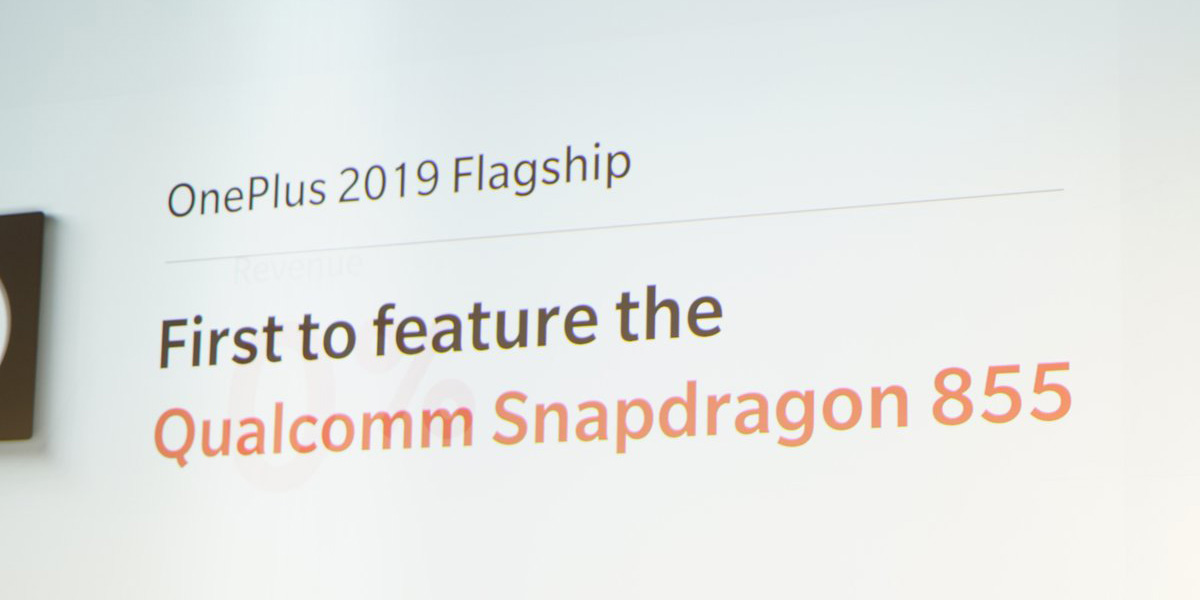 This week Qualcomm is taking over Maui with an event to talk about its brand new Qualcomm Snapdragon 855 processor. On stage at the event, OnePlus CEO Pete Lau confirmed that in 2019, OnePlus will launch the first smartphone with a Snapdragon 855 on board.

Update 12/6: Speaking to Engadget, OnePlus has confirmed that its initial claim was “a miscommunication.” Apparently, the slides used in the presentation saw a translation error that changed the original claim of “among the first” to definitively saying it would be the first.

Clearly, a pretty huge mistake. Qualcomm commented to state “it’s on not us to claim which partner is going to be first to do anything.” Even tweets from OnePlus’ own Twitter account spread the misinformation, so clearly the miscommunication ran deep. Either way, at this point we can expect someone else to beat OnePlus to the punch.

Details are scarce on this new device, it will be launching as the first device running the 855. Given that Samsung’s yearly Galaxy S release uses the latest chipset from Qualcomm and launches sometime in early spring, that hints that this device will be launching in the next couple of months.

There have been plenty of reports of a 5G-capable OnePlus device launching early in 2019, most recently pointing to a launch sometime around MWC. This first device with the Snapdragon 855 won’t necessarily be this 5G-device, but it seems partially implied that it will. If so, it’ll also be including one of Qualcomm’s new 5G modems. OnePlus also mentioned that its 5G device will support 5G connectivity firstly on EE’s network in Europe.

Further details on the Snapdragon 855 are being released at the moment which may reveal more details about what to expect from this upcoming OnePlus device.

Welcome to the stage, @petelau2007. The Founder and CEO of @OnePlus shares how the company is able to reach markets outside of China thanks to its collaboration with @Qualcomm. #SnapdragonSummit pic.twitter.com/a4JhzAFOHw