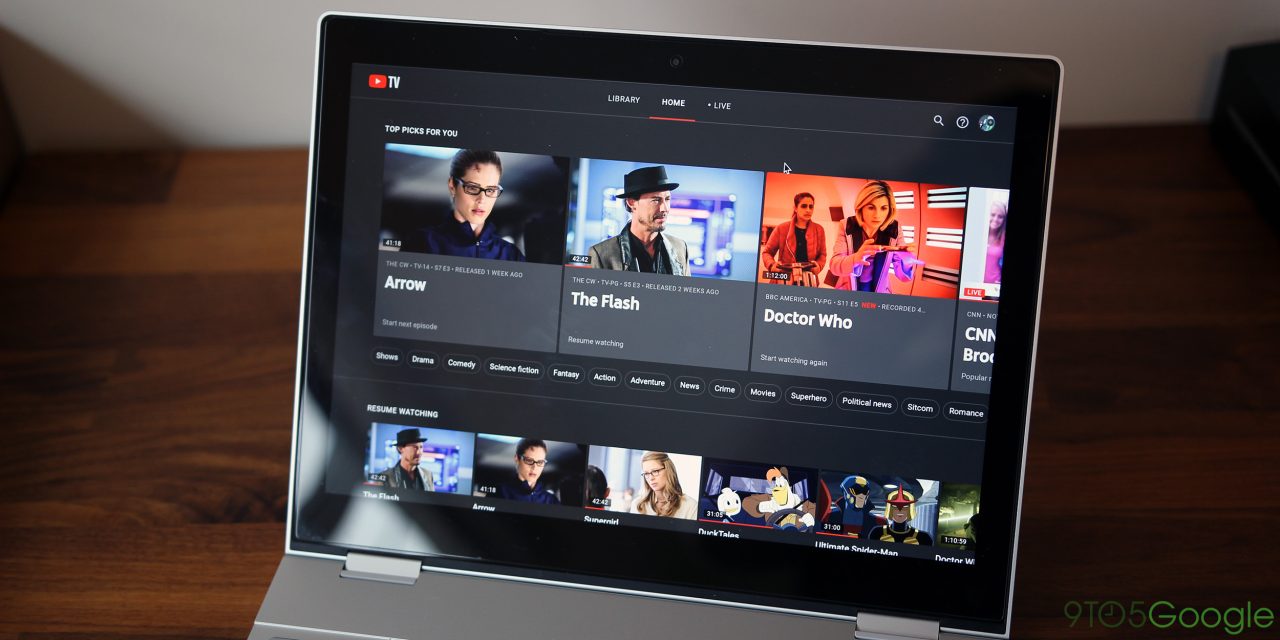 The special holiday price for NBA League Pass is $209 from the original 2018-2019 price of $249 at launch earlier this year. It is also available at $40/month and gives basketball fans access to all out-of-market regular season NBA games.

Games included in NBA League Pass are in addition to those available on TNT, ESPN, NBA TV, and your local networks (such as regional sports networks and/or local broadcast stations).

Another benefit is an ad-free experience with arena feeds during ad breaks and VOD rewatch after the game. The League Pass can be purchased by heading into Settings and then Membership. Google does not specify exactly when this “special holiday price” ends.

Meanwhile, the latest included YouTube TV channel is Local Now. This station provides forecasts from the Weather Channel, local news, and restaurant reviews. This brings the cord-cutting service to 73 channels and YouTube Originals, as well as eight additional channel subscriptions.

YouTube TV costs $40 per month and features apps for all major platforms, including web, Android, and iOS. Smart TV apps are available on Android TV, Samsung, LG, Vizio, Apple TV, Xbox, and more. Other features include an unlimited Cloud DVR and six accounts per household.

Add @NBA League Pass for the rest of the season at our special holiday price of $209. Watch all live, out-of-market games ad-free. Terms apply.

Starting today, YouTube TV is bringing you all things in your neck of the woods in real time with our new @localnow channel.