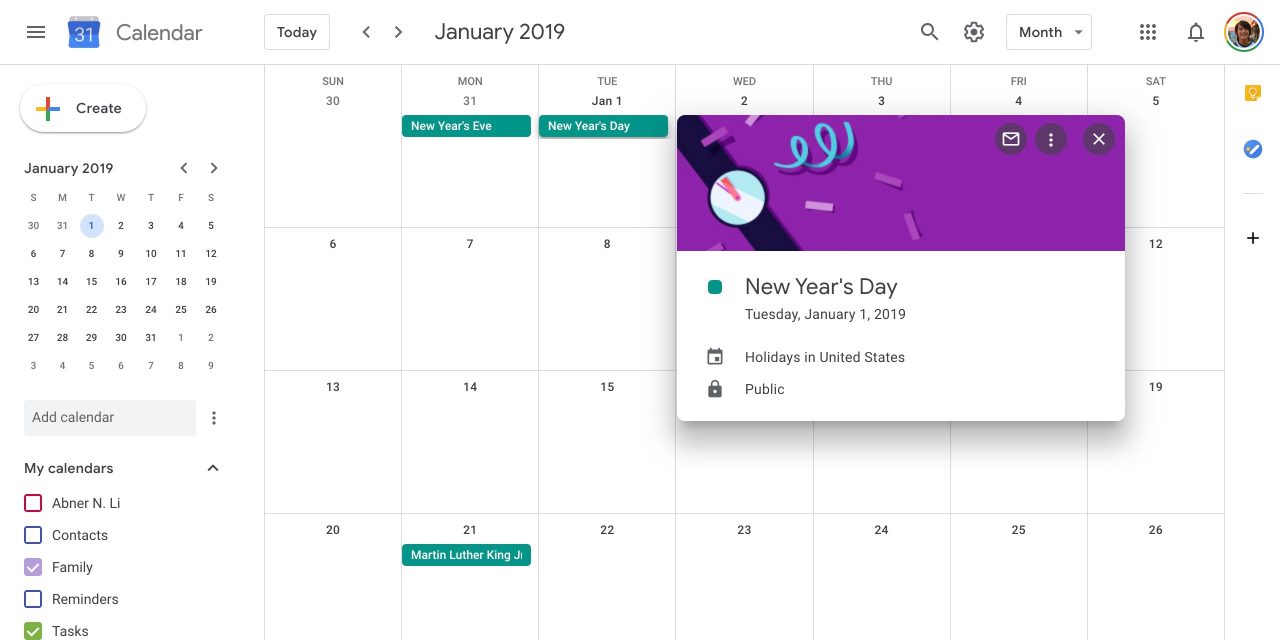 Back in September, the Google Material Theme debuted in Google Calendar for Android. Those changes are now available on the web counterpart in the form of updated elements and various other small tweaks throughout.

The Material Theme changes start in Google Calendar’s app bar. The jump to “Today” shortcut and ‘view’ selector have been updated to feature thin, gray, and rounded outlines. The (rearranged) settings gear and notification icon now feature bold outlines and hollow interiors, while the Google bar app launcher icon is now comprised of dots rather than squares.

Google has made some font tweaks that are similar to changes implemented in the Android client. While the title month in the app bar is now bolded, the day and date in all calendar views below are now smaller, visually centered, and more consistent, with Google no longer over-emphasizing the digits.

The navigation drawer can still be hidden by clicking the hamburger menu in the top-left corner, while the FAB is now located here, instead of in the bottom-right. Like Gmail and Google Tasks, it is an oblong button that features a plus sign in the four Google colors. The “Create” oval turns into a regular circle when the nav drawer is hidden.

Other small tweaks include event cards that feature rounded corners and use the new style icons, rounded tab indicators, and more. Overall, this is a more minor Google Material Theme redesign since Calendar mostly adhered to the future principles when a revamp rolled out late last year. The consistency between the web and Android app is appreciated, and it should be widely available as of today.