Made by Google profit estimated at $3B for 2018 as Pixel, Home hardware gains ‘traction’ 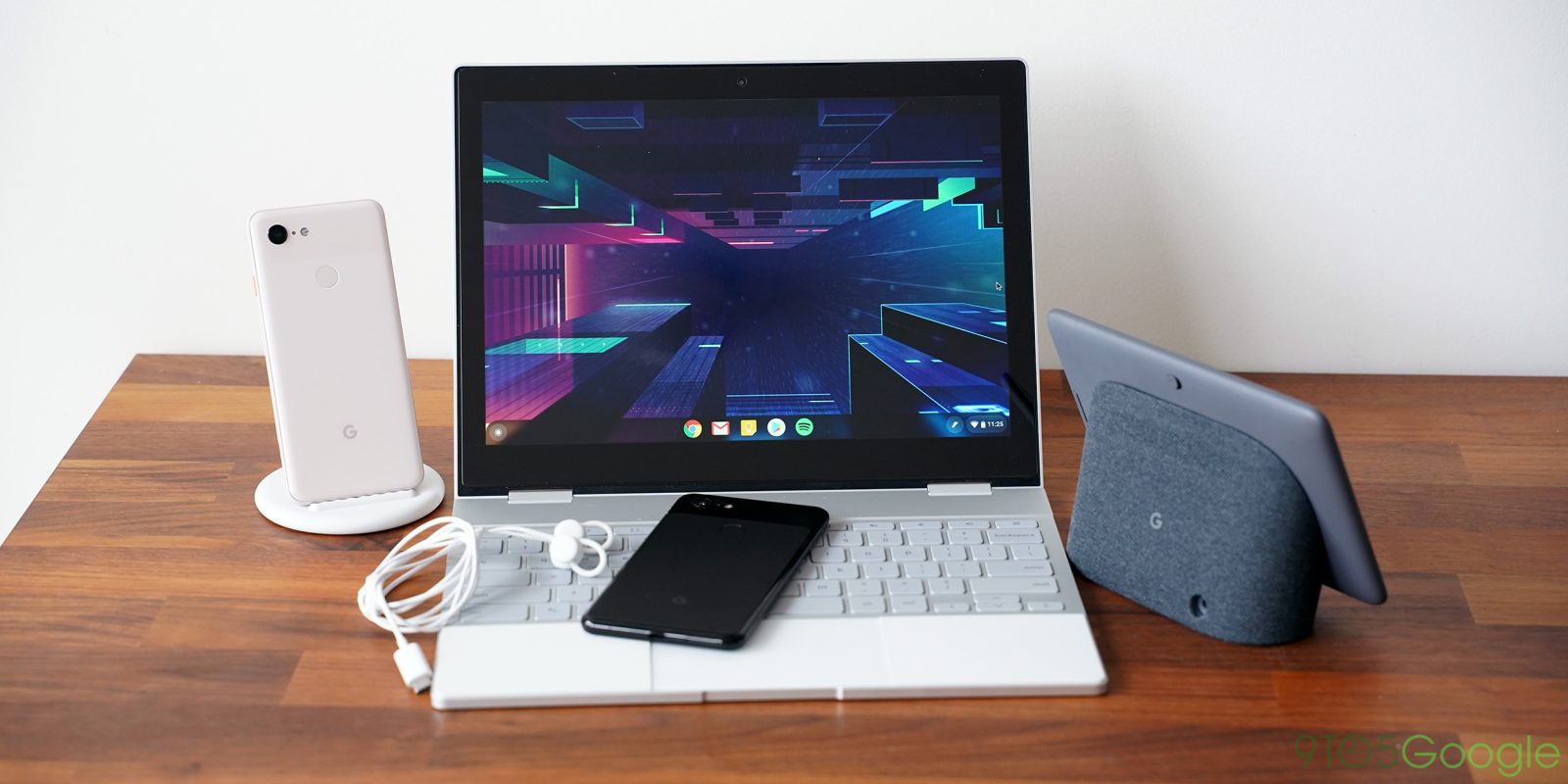 Made by Google is well into its third year with the hardware business especially benefiting from the holidays. A lot of Google Home speakers, Home Hub Smart Displays, and other Assistant devices will likely get unboxed tomorrow morning following a flurry of deals. One investor predicts that Google will make approximately $3 billion in profit this year from hardware.

According to RBC Capital Markets (via CNBC), Google hardware is “starting to gain material commercial traction.” Alphabet does separate Google from divisions like Waymo and Verily during quarterly earnings, but areas like hardware are still grouped into a line item called “Other revenues” with the growing Google Cloud division and the Play Store.

“Hardware remains a small, but important part of Google given its potential as a key growth avenue and strategic hedge for the company.”

Hardware helps Google diversify its earnings from just ads, and serves as a way to push the latest AI features. As evidenced by the yearly Made by Google event, Pixel phones are the first to receive new features like Assistant, Duplex, and Night Sight.

Last week’s analysis by the bank expects a $2.98 billion profit in 2018 off of $8.8 billion revenue. A breakdown notes that $1.78 billion of that gross profit is from the Pixel, while Home comes in second at $847 million. Nest follows at $245 million and Chromecast at $110 million. 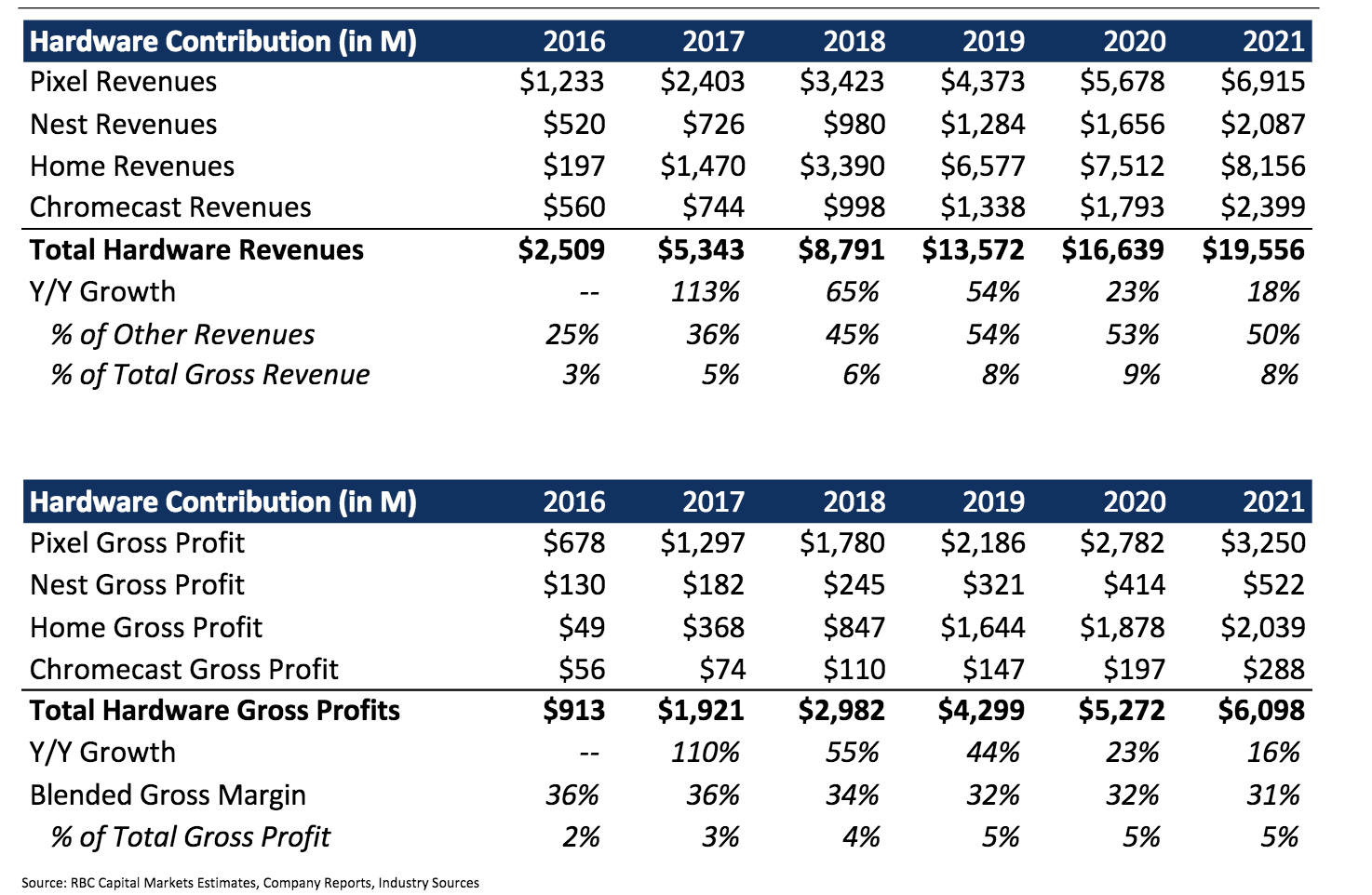 In terms of revenue (before expenses have been deducted), the Pixel — including the Pixelbook — and Home are fairly neck-in-neck at $3.42 and $3.39 billion, respectively. However, that’s before marketing and other costs are taken into count. Meanwhile, we learned in Q1 2018 that Nest roughly made $726 million in revenue last year.

RBC provides a forecast until 2021 that sees a revenue of $19.5 billon and a profit of $6 billion. Home revenue begins overtaking Pixel by next year, but phones and laptops continue to earn more gross profit.

Assistant-powered devices benefited from the introduction of Smart Displays this year. CES 2019 will likely be another big showcase of products that support Google’s ecosystem and thus make buying Assistant a better proposition than the Amazon Alexa family. RBC estimates 43 million Home devices in the U.S., with Google outselling Amazon for the first time in Q1 2018 according to another forecast.