10 Android applications to kick-start your 2019 [Video] 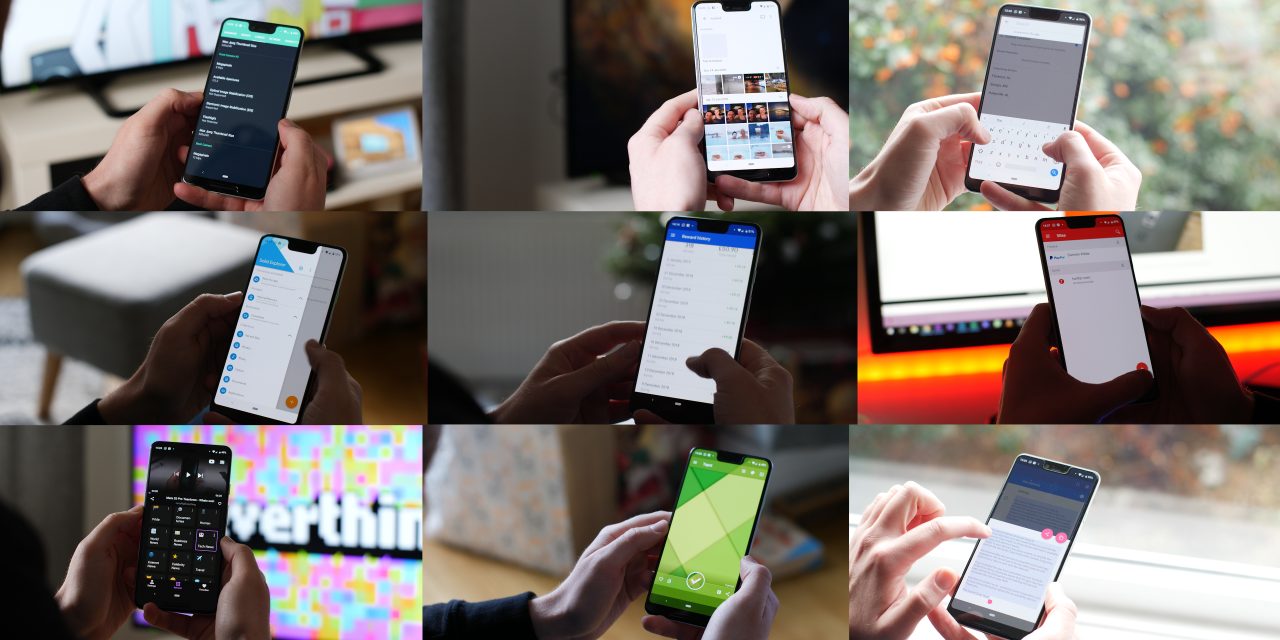 There are literally hundreds of thousands of apps to choose from the Google Play Store, the issue is that most of these are downright terrible. For that reason, we’ve collated a few core apps that you need to really kickstart your 2019. Some you might already have or heard of and with good reason, many are near the top of the download charts because of just how good they are. But even with that said, there are bound to be some that you may never have even considered.

Our entire list is collated of both paid and free options, so if you hate spending money on apps, then both bases are covered. You’ll naturally find a little bit of productivity, security and some fun customization options here too.

I will say that a couple of these applications are actually being enveloped and made the ‘stock’ option on many Android phones and tablets. That doesn’t mean they should be skipped, far from it, we would have to say that they are basically essential in 2019 and beyond. 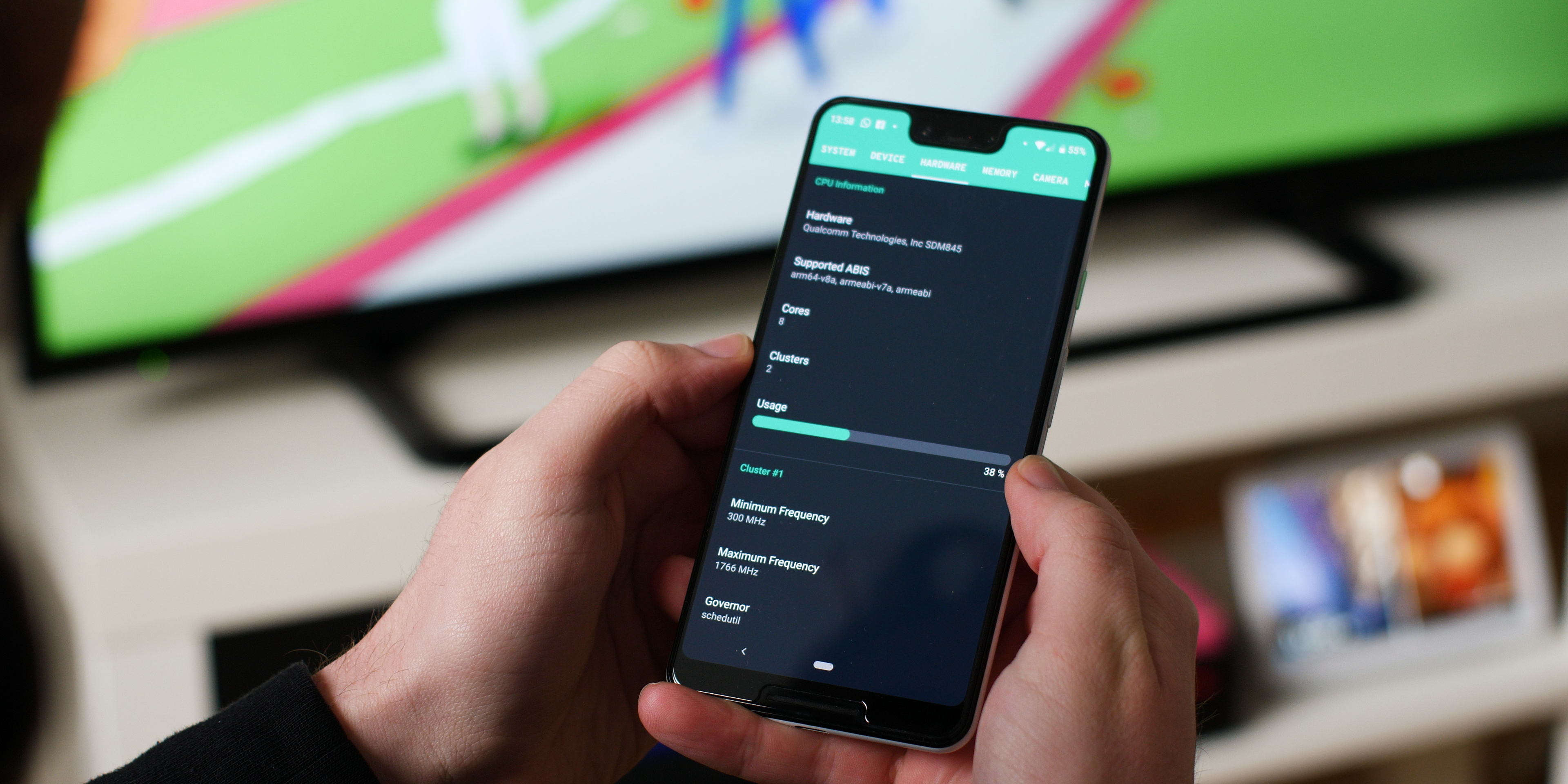 We could say this was a shameless plug but that wouldn’t actually be true, our very own team member Dylan aka @evowizz is, in fact, the developer of Inware, which is arguably the very best device system analyzer on the entire Google Play Store.

Instead of heading into the generally confusing settings of your device to uncover all of your information, Inware gives truly in-depth core device information regarding almost every aspect of your smartphone. It looks great too without being littered with ads or pop-ups, which isn’t often the case with many similar applications.

For device nerds and device developers especially, Inware is almost an essential download. 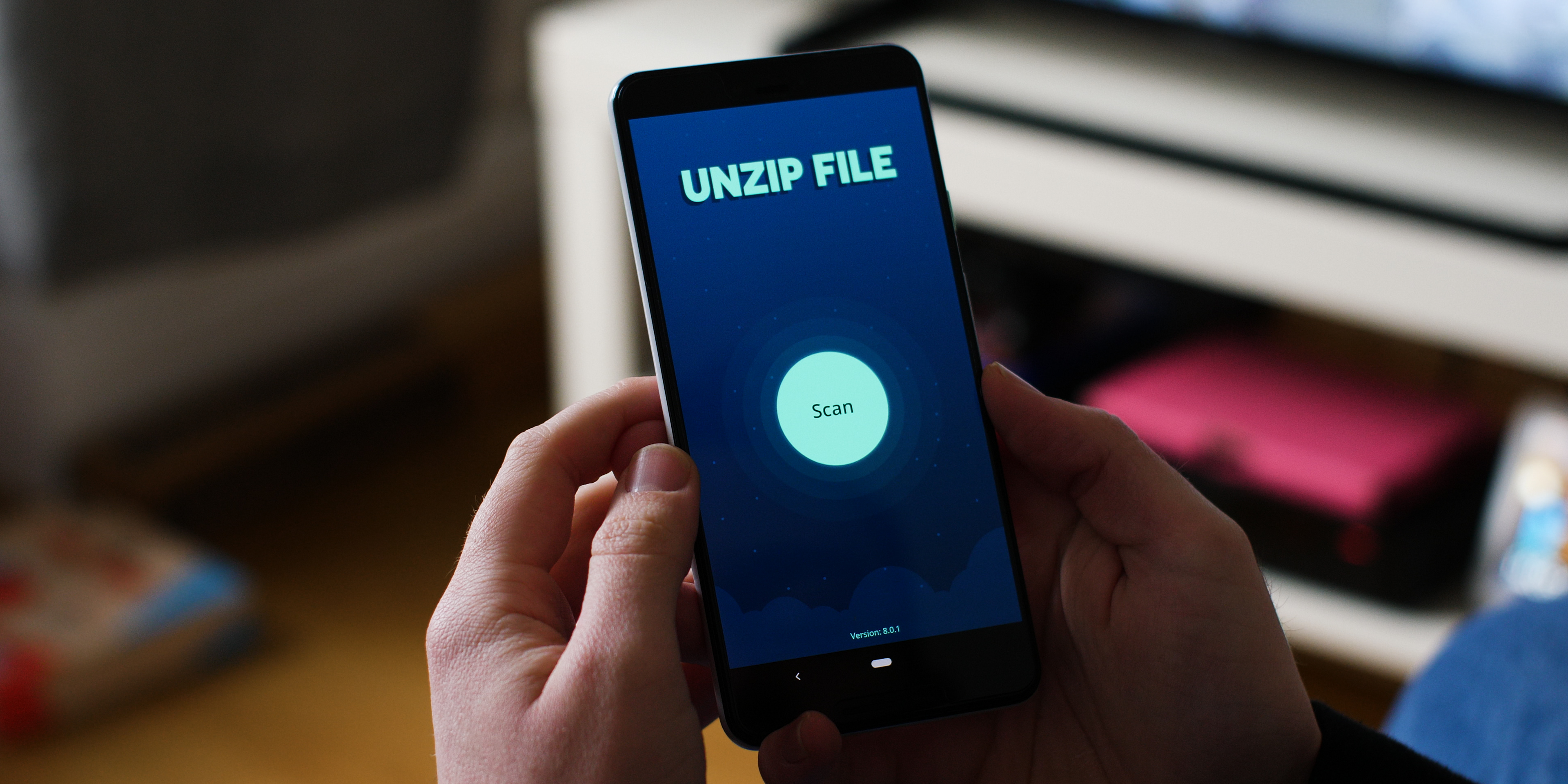 It’s such a shame that Android doesn’t have a built-in unarchiver to help you open .zip, .rar and compressed files from email attachments for example. The Unzip tool for Literally the neatest and fastest file unarchiver I’ve used on Android. There are very few good looking essential tools for Android that just get the job done.

Personally, I combine this with Microsoft Excel for Android to open and view .csv files as I often receive them via email and have no standard way to view them natively. I love that it’s just a simple button press to unarchive to your containing folder, which makes it even easier to find your files. 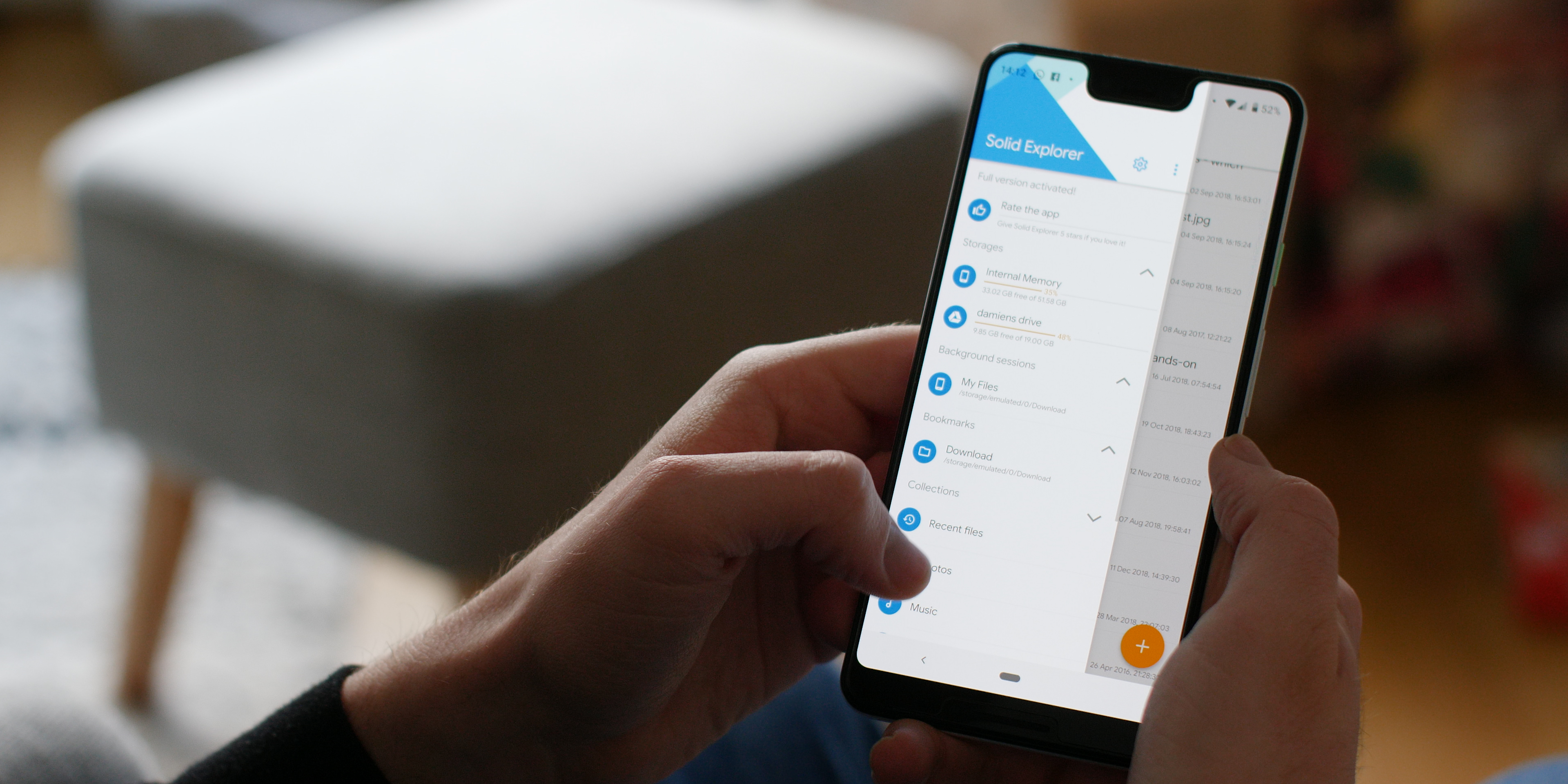 Files by Google is a good alternative to Solid, even so, this is still my go-to file manager on Android. For starters, the interface is the best in my opinion thanks in part to both the Material Design and the navigation method it utilizes.

Password protected folders are a feature that I haven’t personally used in a little while but have used the feature extensively in the past. This gives you options for secure files, photos and videos if you are wary of prying eyes. Beyond that, there are options to link directly to your cloud storage services like Google Drive, Dropbox, OneDrive and it even includes FTP connections too.

Whereas many file explorers are littered with ads, Solid has a free and paid tier that simply gives you a few extra features. The major benefit to installing Solid File Explorer is that an unarchiver or unzip tool (like the quality option we’ve already recommended) is redundant as the application includes one built-in. 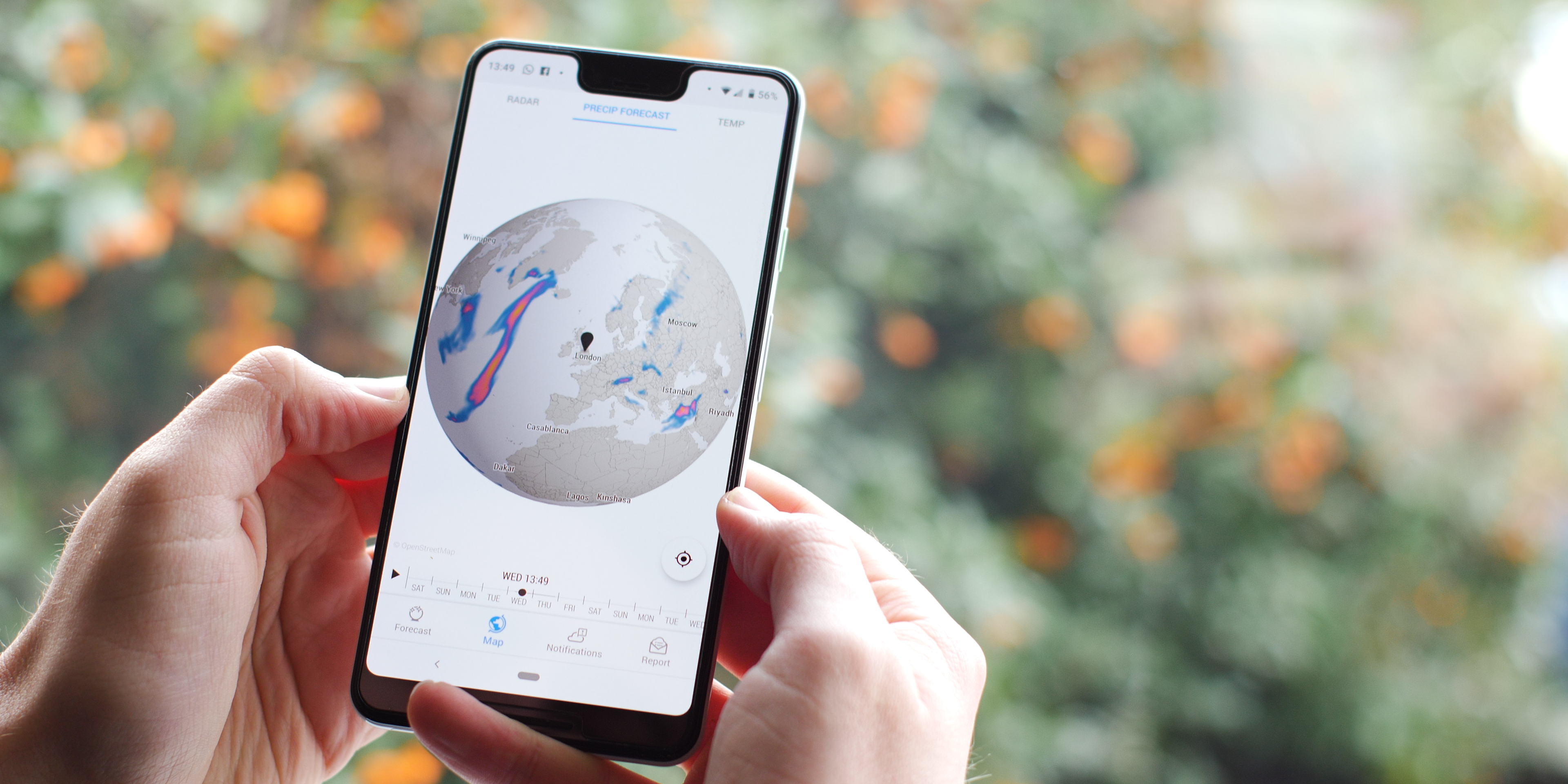 As far as weather tracking applications go, Dark Sky is one of the very best available. While asking Google is still pretty good and accurate enough for most people, an in-depth weather front tracking app can be a godsend in a rainy country like England. I am constantly tussling with whether to take a jacket, which means knowing long ahead of time is especially helpful and also being able to see live cloud coverage is amazing.

Some might baulk at the $2.99 yearly subscription fee but it really is worth the money. You can even trial Dark Sky for 14 days before biting the bullet and subscribing, which might ease your mind. Although for the price of a cup of coffee, I am more than happy with Dark Sky. 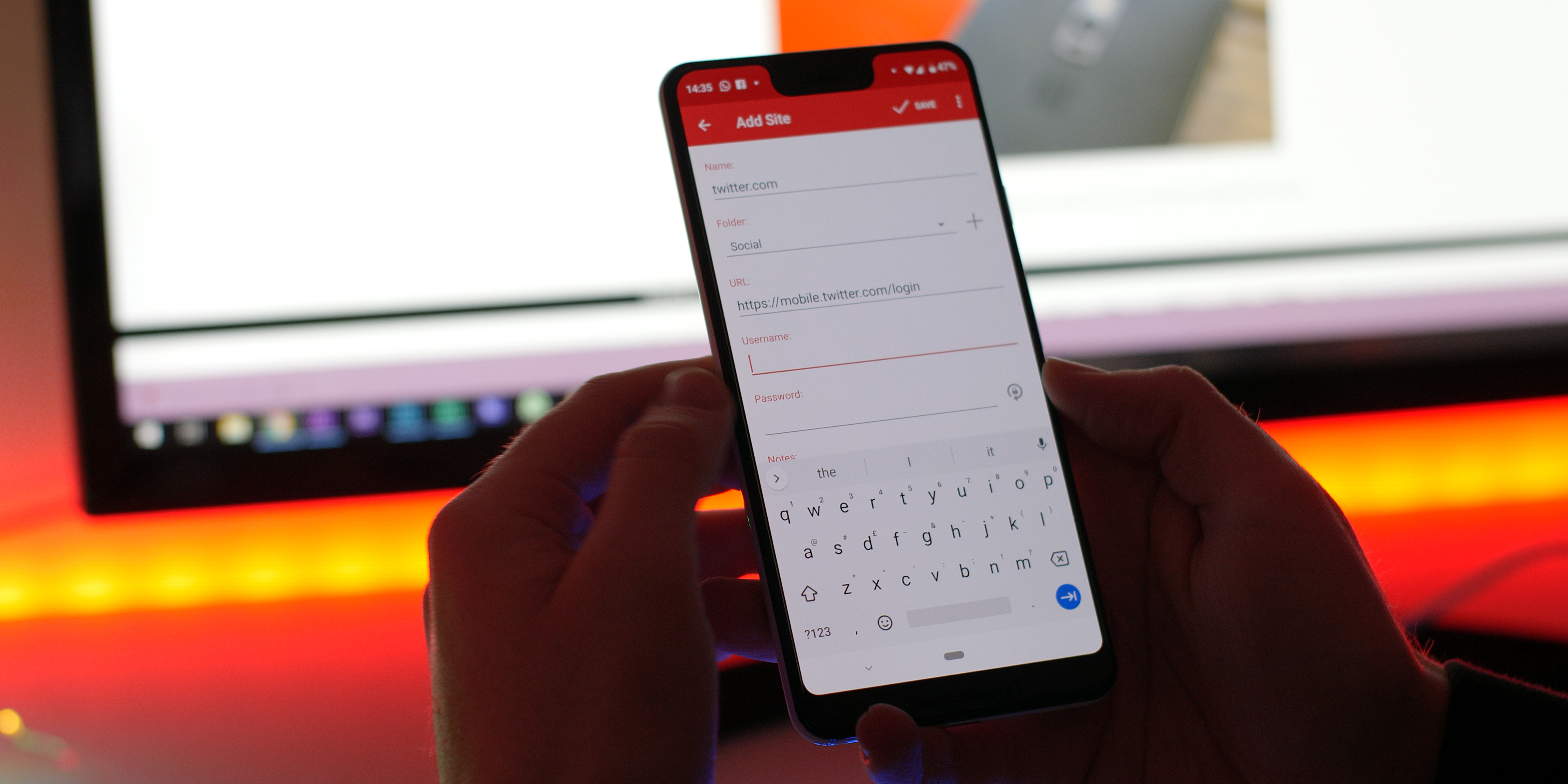 Let’s make 2019 the year that everyone ups their own personal data security and a great way to help with that is to download a high-quality password manager. LastPass is arguably the biggest and most well-known password management app of its type on any platform but many people out there still don’t know you can get it for Android.

Yes, there are other third-party password managers but the myriad of options can be confusing and you sometimes simply don’t know who is potentially securing your data. I personally have used some other options but after I had plenty of people recommend LastPass, I switched to the service.

There is a free plan alongside a paid-for option, which costs $24 per year. I get that it might seem expensive for some people but the system is great for safely securing all of your web and app logins. You can even securely store Notes and online form data too. I find it especially useful for swapping between devices when I don’t really want to add my personal Gmail account data. 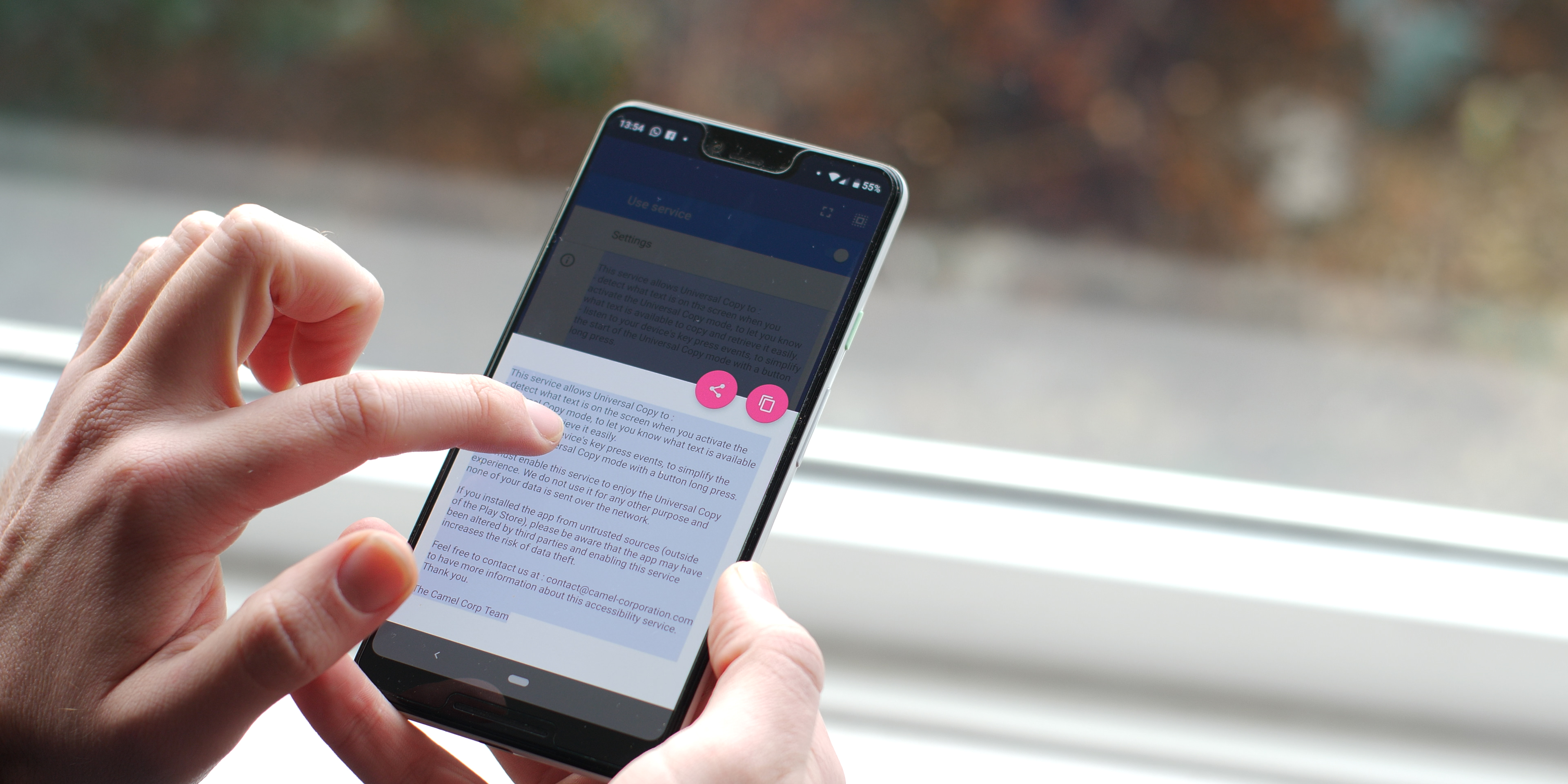 Copying text from applications is still frustrating in Android, so it’s why I always install a clipboard and copy management tool like Universal Copy. It allows you to copy text accurately without the long press function, which isn’t available everywhere in the OS.

It’s great for getting information out of one application and into another, while it’s a bit of a workaround, it’s a really neat tool that fixes a minor issue in all versions of Android. The ease in which you toggle Universal Copy one of the reasons I return to it with every device I own, test and review. Also, it’s 100% free. 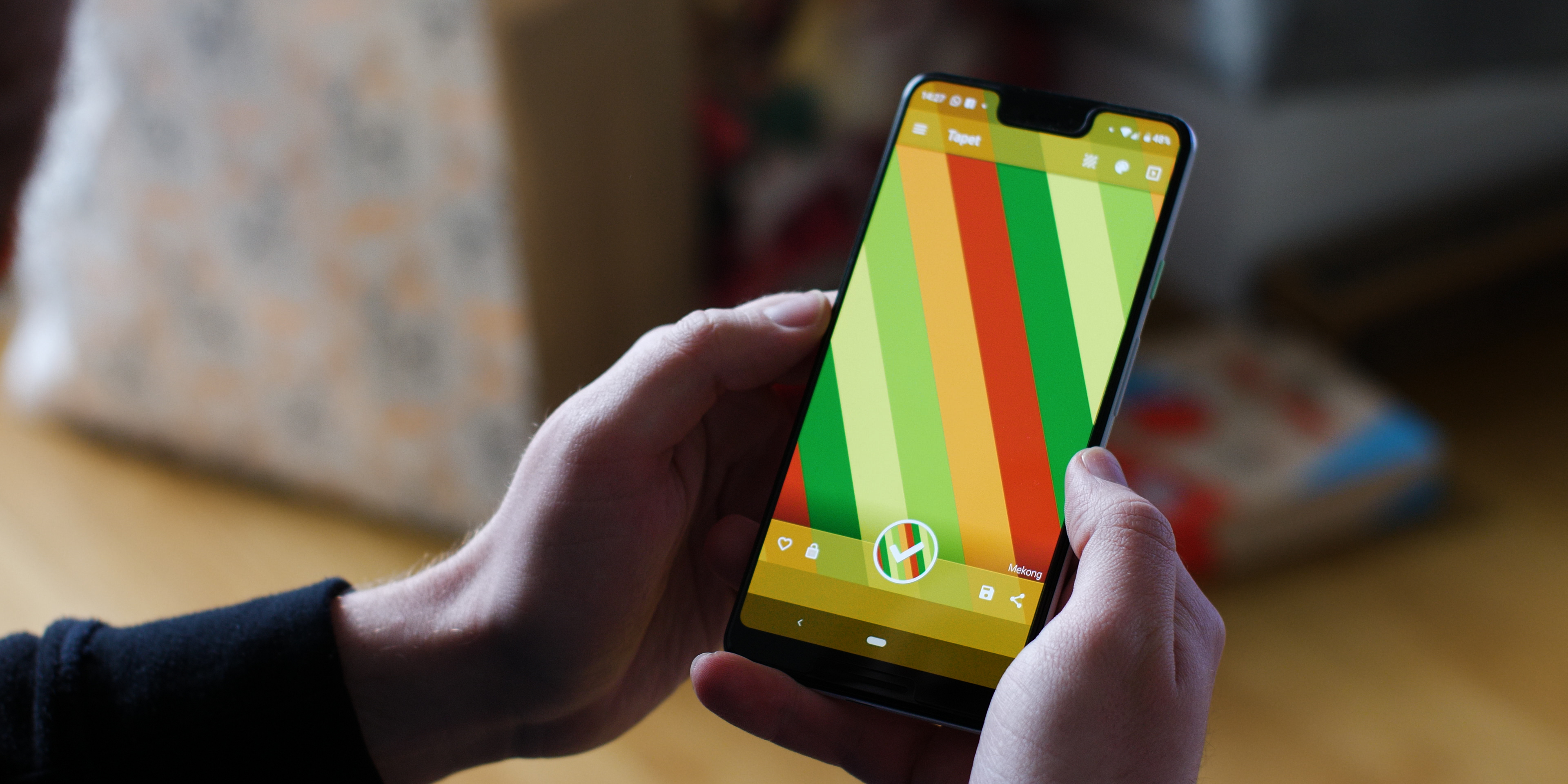 This was recommended to me by our very own Kyle Bradshaw, who told me about this automated wallpaper generator after trying for a little while. Personally, I like a static or admittedly plain wallpaper or a nice image but Tapet is really interesting if you want a new random hourly or daily wallpaper.

You can make a couple of in-app purchases to unlock some further features and patterns but for most, the free app should be more than enough. Best of all is that unlike many other wallpaper collection apps, Tapet uses mathematical operations to randomly generate the backdrops without needing a data connection or using precious mobile data.

You can add a randomize shortcut to your homescreen to quickly change your wallpaper. The sheer volume of options and color choices mean that you can stick to a theme – if that is your thing. 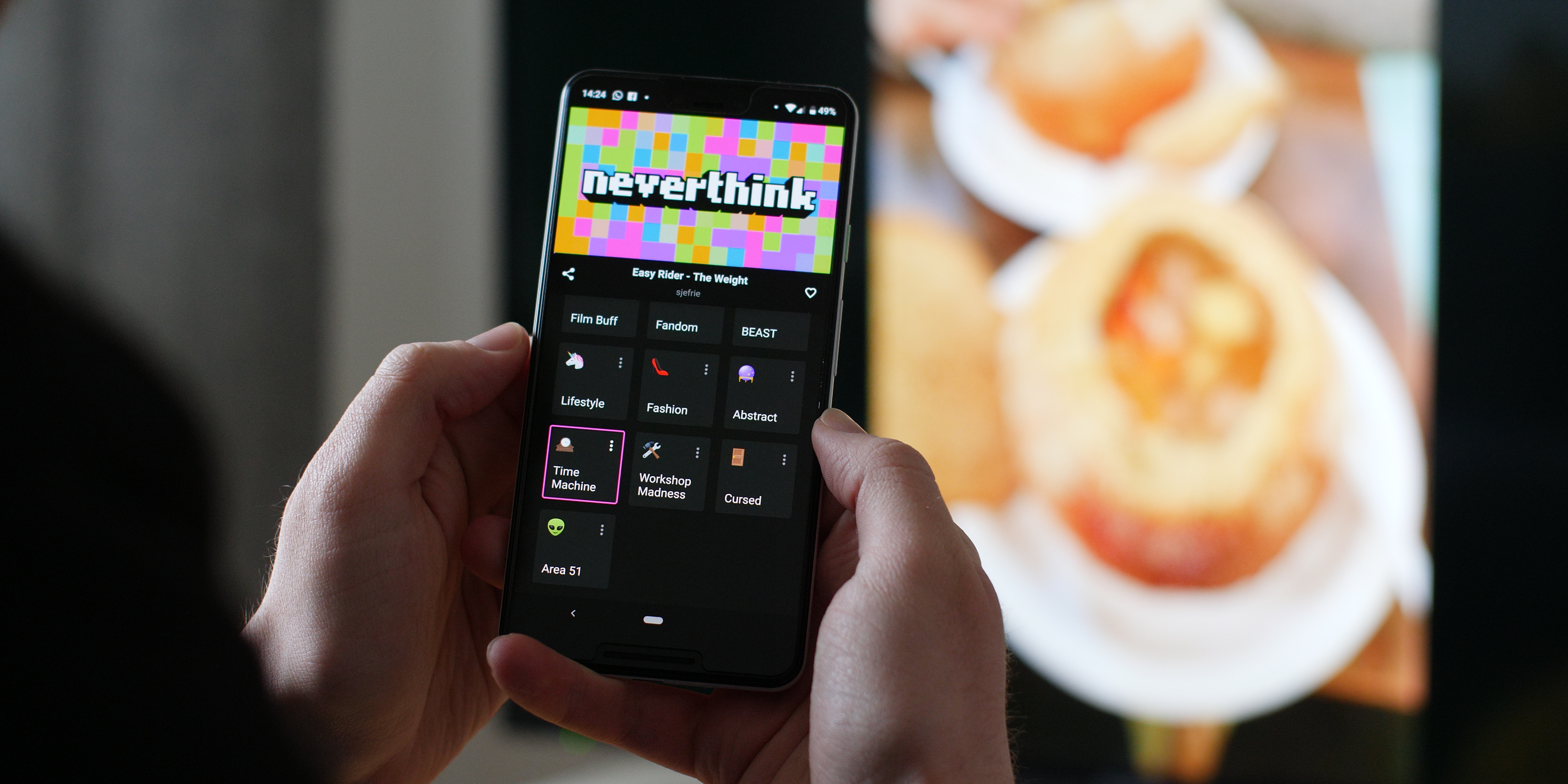 I really do enjoy watching videos on my smartphone, however I find myself gravitating towards Netflix to cast shows to my TV. YouTube is great but the discover feed most definitely needs a few tweaks. When we are seeing large media corporations try and make the jump from the TV screen to YouTube a human-curated app like Neverthink is almost like internet TV but it only showcases the best of YouTube.

There are 40+ channels of content that loops around once you’ve watched everything. I like the channel hopping nature of Neverthink as it replicates my experiences with traditional TV but has stuff in bitesize chunks that I would actually watch rather than traditional (that still feels weird to say) TV.

It’s completely free and even includes Chromecast support, so it’s essential for cordcutters. It has even been included in Google’s own ‘Best of 2018’, so it’s definitely catching attention and it beats the algorithm altogether. 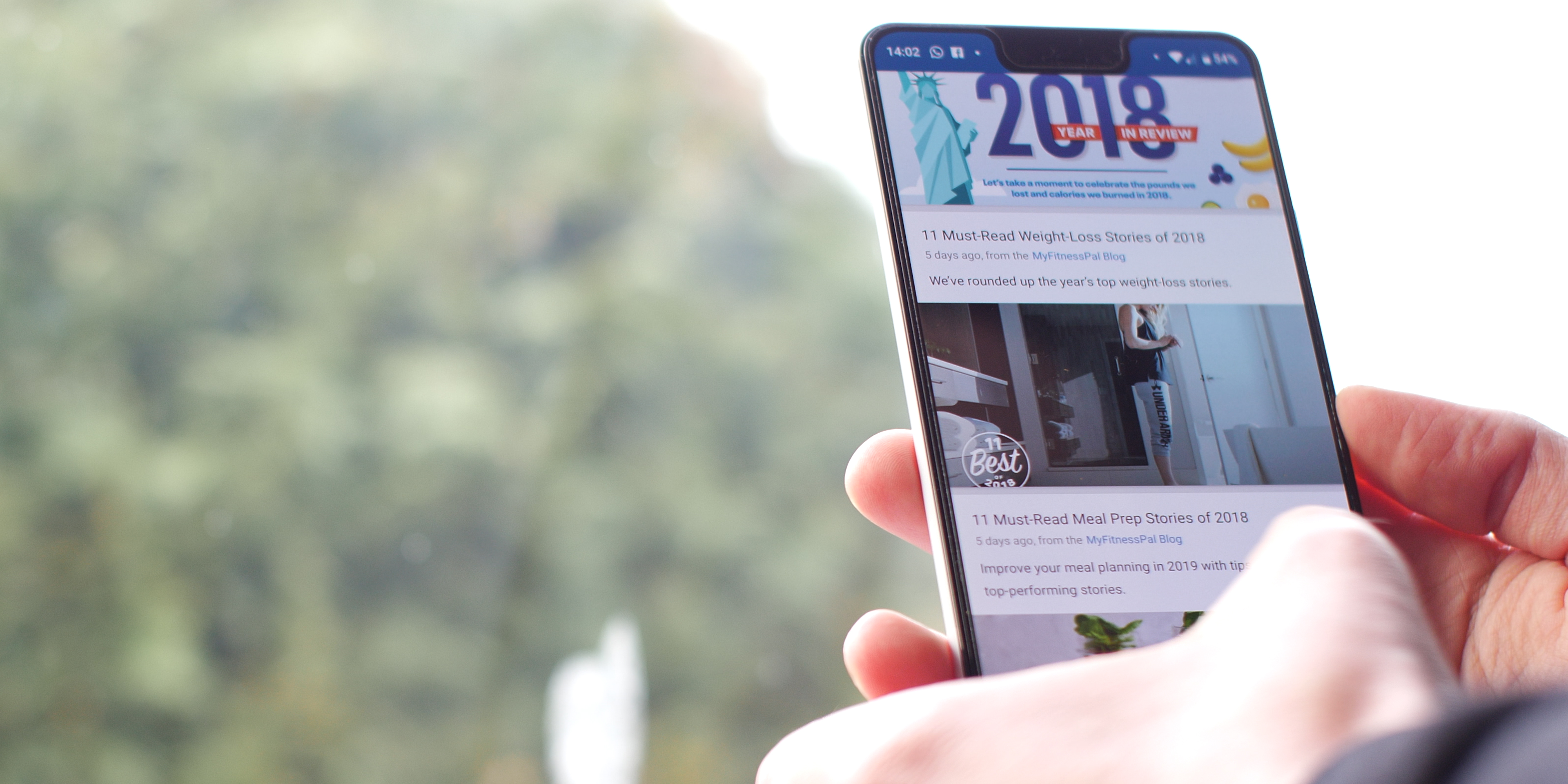 This is an obvious choice for anyone at the very start of a New Year, especially since sometimes during the holiday season, we can indulge a little too much. Getting back on track with our diet and exercise plan is always a good way to get things back into gear at the start of a new year. My Fitness Pal has always been the best overall fitness and diet tracker on the Google Play Store (or any other app store for that matter).

Google Fit is great for basic tracking but My Fitness Pal includes an insane diet and calorie tracking app that allows you to scan the barcodes of anything you eat for truly accurate weight management. Creating recipes is great for portion control and calorie estimations when you eat your favorite foods.

The worst part of My Fitness Pal is that I find myself using it religiously every day for a period of time, make some progress with my health, and then completely stopping. 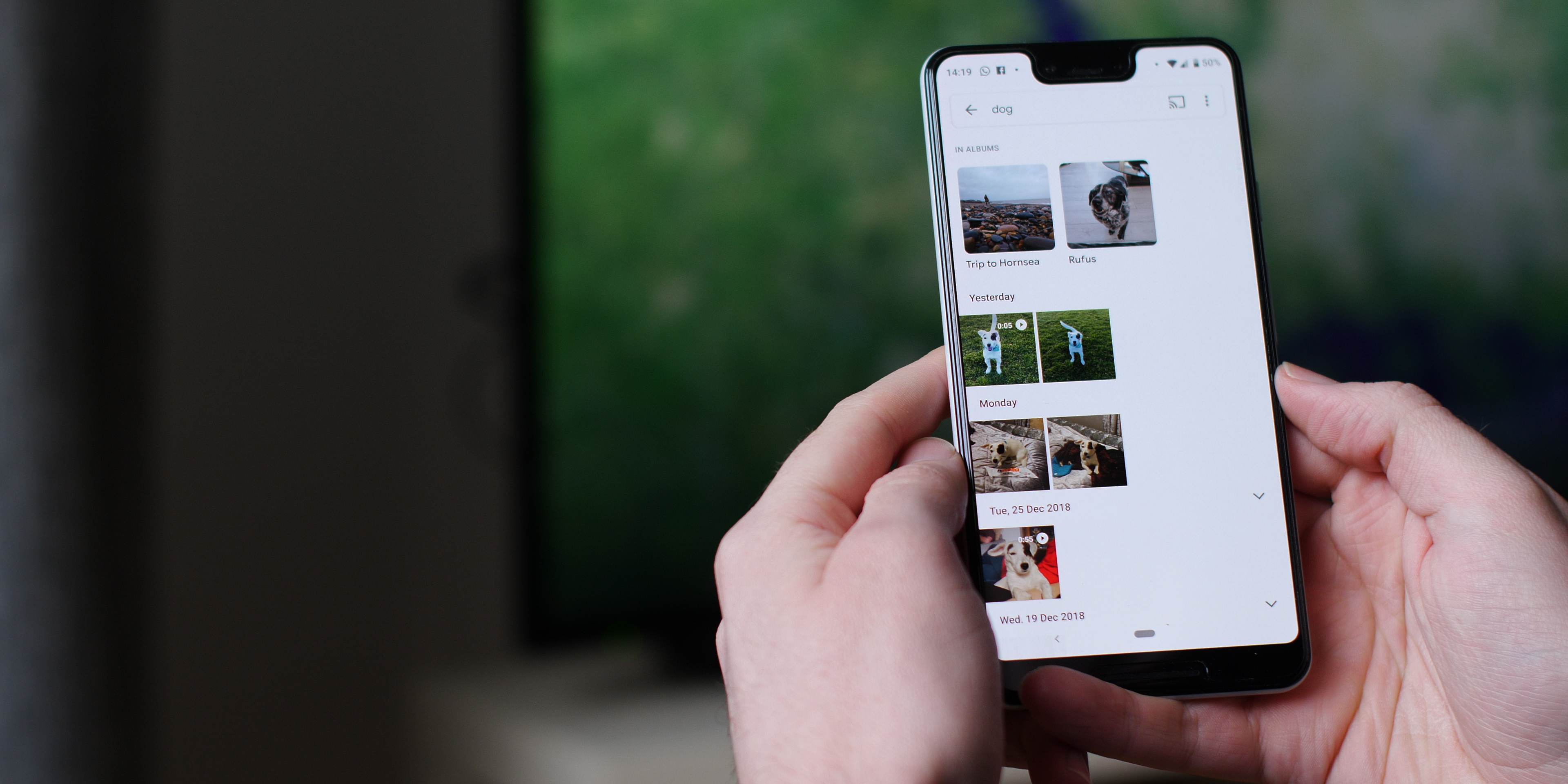 Again, we are really not trying to be obvious or insult anyones intelligence, but there are people who genuinely don’t use the superb Google Photos at all. It becomes even more essential if you have a Google-powered Smart Display like the JBL Link View, Lenovo Smart Display or Google Home Hub for a number of reasons.

Not only is Google Photos simply a great gallery management app, the backup and sync features mean that it has a dual purpose many others simply can’t compete with. Take a photo and then so long as your connected to Wi-Fi when you charge your device, it will backup and sync to your chosen Google account. By backing up and syncing to your online Google Photos account your device is able to save space by removing it from your local storage.

One of the neatest features is that with some Google AI-magic you can search for people, places and even types of photos like ‘selfies’. That power is awesome and one that I think is a great way to convince people to get the app if they haven’t already. 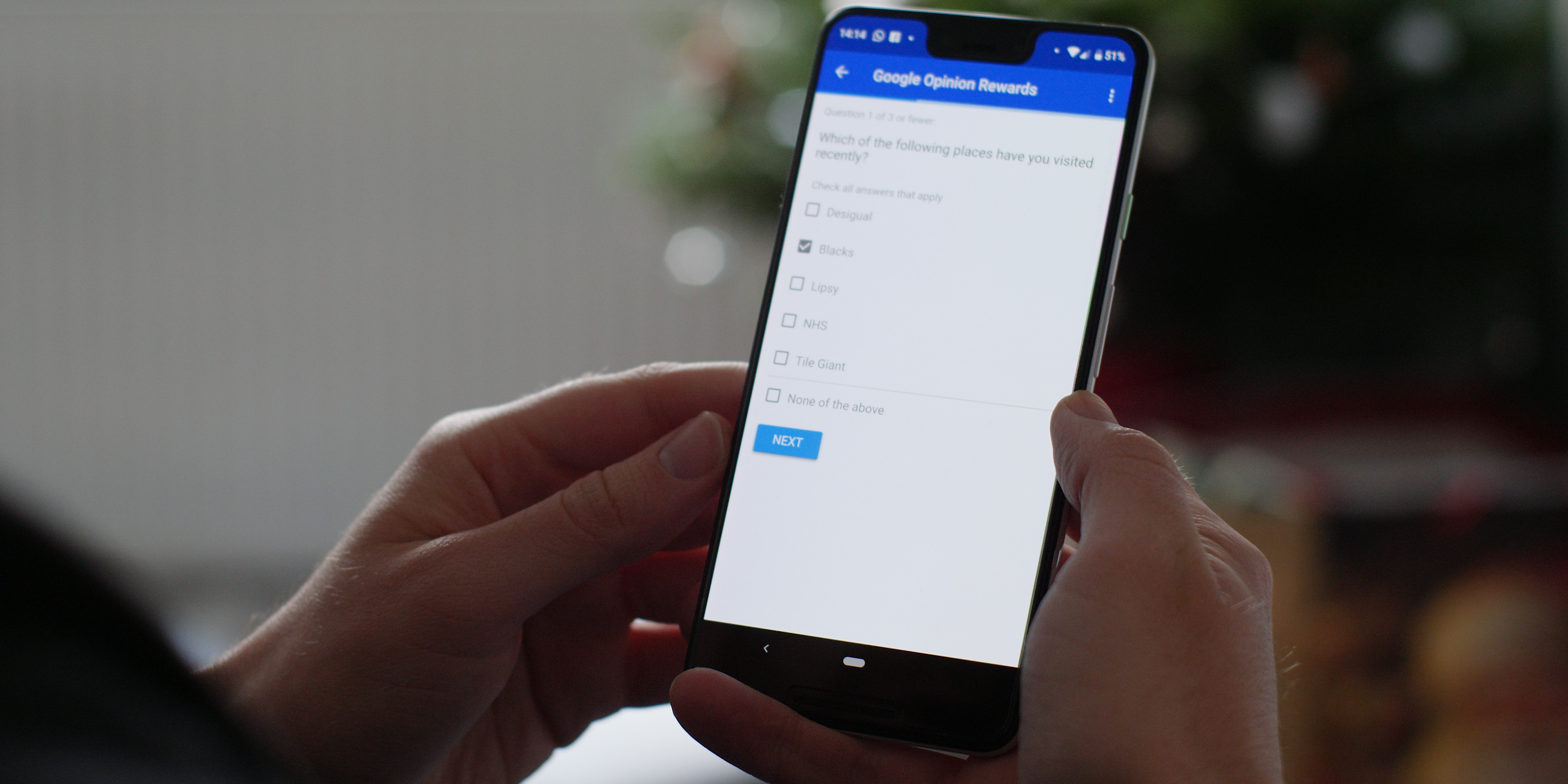 Much like Google Photos before, we still can’t believe that many people out there still don’t have Google Opinion Rewards installed, as it gives you free Google Play Store credit simply by answering short questionnaires. If you are concerned about privacy issues, then you need not answer every questionnaire, however that will limit your ability to earn Google Play Store credits.

As for what kind of questionnaires you’ll be answering, it usually boils down to businesses you’ve been to or certain shopping habits. It’s a great way to accrue some Google Play Store credit that can even be used to pay for YouTube Premium too!

For anyone who doesn’t want to pay with their own money for applications or hates the idea of in-app purchases, Google Opinion Rewards does soften that (usually minor) outlay. Just to note: You will need to give somewhat accurate answers to keep receiving questionnaires and in my experience, I would get a few every couple of weeks and the reimbursement would vary from £0.06 to £0.56 (approx. $0.09 to $0.65) per questionnaire.

Hey, we’re always open to input. Such is the wealth of the Google Play Store that we always want to learn of applications that aren’t getting the recognition they deserve. Personally, I’m looking for a Pocket Casts replacement after the recent updates turned it from essential to unintuitive. Let us know in the comments section below.