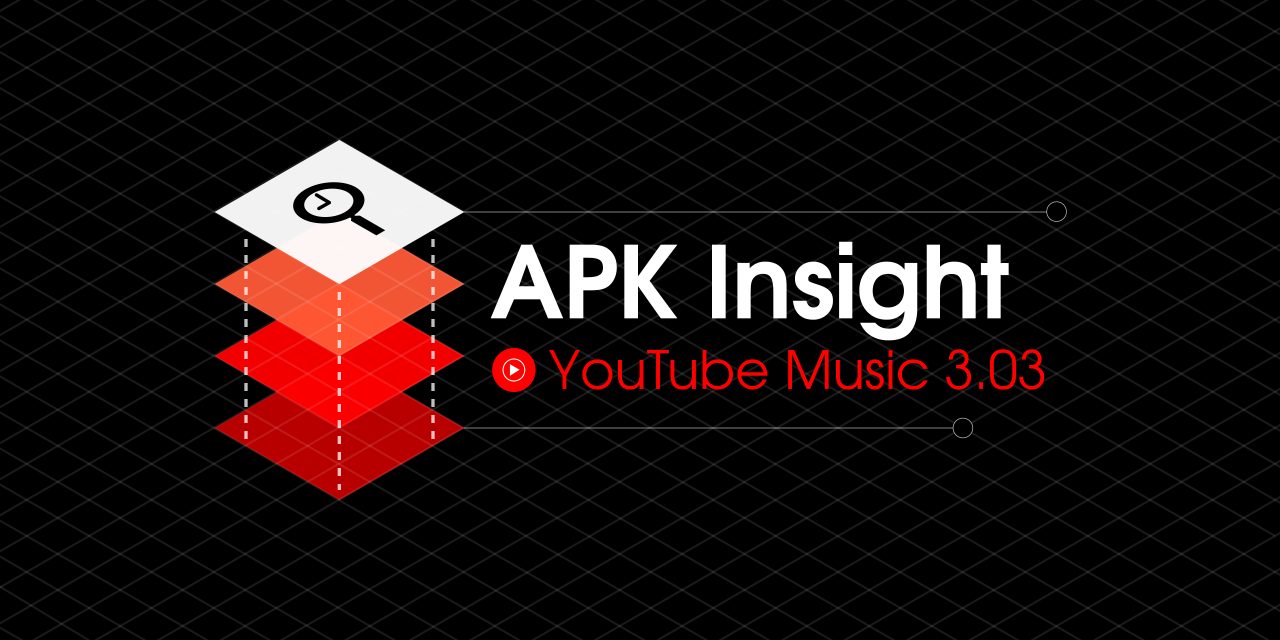 “Recommended” is the default view for YouTube Music with “Your Mixtape” in the overflow menu immediately starting that auto-generated playlist. “Last played” is a history, while “Library” shows saved playlists, albums, and liked songs. The last item in overflow menu is “Downloads” for offline content. The now playing FAB is themed bright red, with expanded controls letting users thumbs up/down, repeat, and shuffle. Version 3.03 is widely rolled out via the Play Store as of last week.

YouTube Music continues work on letting users play songs “sideloaded” or downloaded directly to Android devices within the app. The latest strings suggest being able to see a “shelf” of “Devices files” and an “All songs” view. This feature is important before YouTube Music replaces Play Music as the default media file player.

Another change in YouTube Music 3.03 follows a similar tweak introduced in the main YouTube client. When watching video, the Quality menu has been reorganized so that the higher-res options are easier to reach at the bottom of the screen instead of above.

An “autoplay_on_launch” feature is still in development, but it has since been renamed to “Quick start.”

YouTube Music 3.03 is rolling out now via the Play Store. We do not post APKs to download directly given the legal challenges associated with copyright and possibility of removal. Meanwhile, that model is perilous given Android App Bundles and Google Play’s Dynamic Delivery.