Chrome will warn users ahead of Flash Player’s deprecation, starting in July

Almost two years ago, Adobe formally announced that Flash Player would cease to be developed and supported by the end 2020. Google immediately followed suit announcing that Flash would slowly be phased out of Chrome as 2020 approached. The next step of the deprecation process is approaching in July, as Chrome will fully disable Flash for all sites and warn users of Flash Player’s impending demise in a “loud” way.

Chrome’s specific plans for the winding down of Flash Player have been public knowledge since the day Adobe gave Flash its 2020 expiration date. The overall goal was to slowly make it more difficult for users to choose to use Flash Player instead of other (usually safer) technologies like HTML5.

As of today, Chrome already chooses not to run Flash content on the web by default, but allows users to manually give an individual site the permission to run Flash Player. This permission needs to be given again every time you re-open Chrome.

Starting with Chrome 76, currently expected to reach stable sometime in July, Flash Player will be completely disabled. To continue viewing Flash content, you’ll need to re-enable it in Chrome’s Settings menu. For users who do re-enable Flash Player, you’ll still need to give sites explicit permission in Chrome to run their Flash content, as before. Additionally, a new warning bar will be shown, reminding that Flash will be removed from Chrome altogether in 2020. 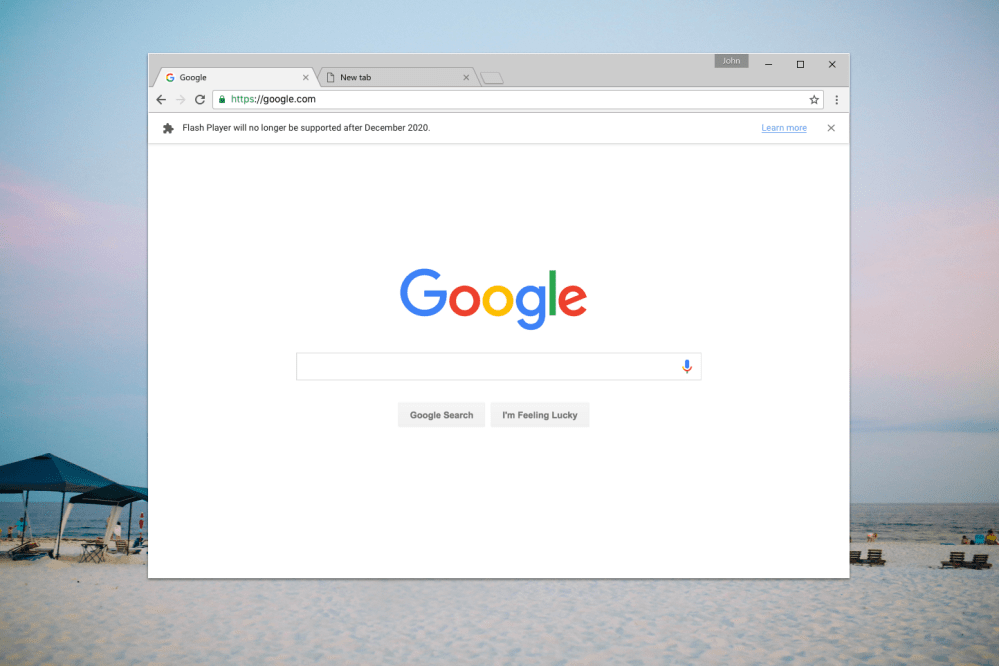 The screenshot above is a mock-up of the planned warning, from Chromium developer discussion on the associated bug. Work has already begun on bringing this info bar to life, thanks to a new commit posted to the Chromium Gerrit source code management. As this next stage of Flash’s deprecation hasn’t been reached yet, the warning is not yet set to appear, even in Canary builds.

An important note is that if you’re an enterprise Chrome user who still relies on Flash Player for work, it should continue to function as normal, without the above warning. Google has left the decision of how to handle Flash’s deprecation to administrators.

For the less tech savvy, this warning in Chrome could be the first time they hear of Flash’s demise. Hopefully 18 months is enough time for these users to get in a few last flash games before the final removal.