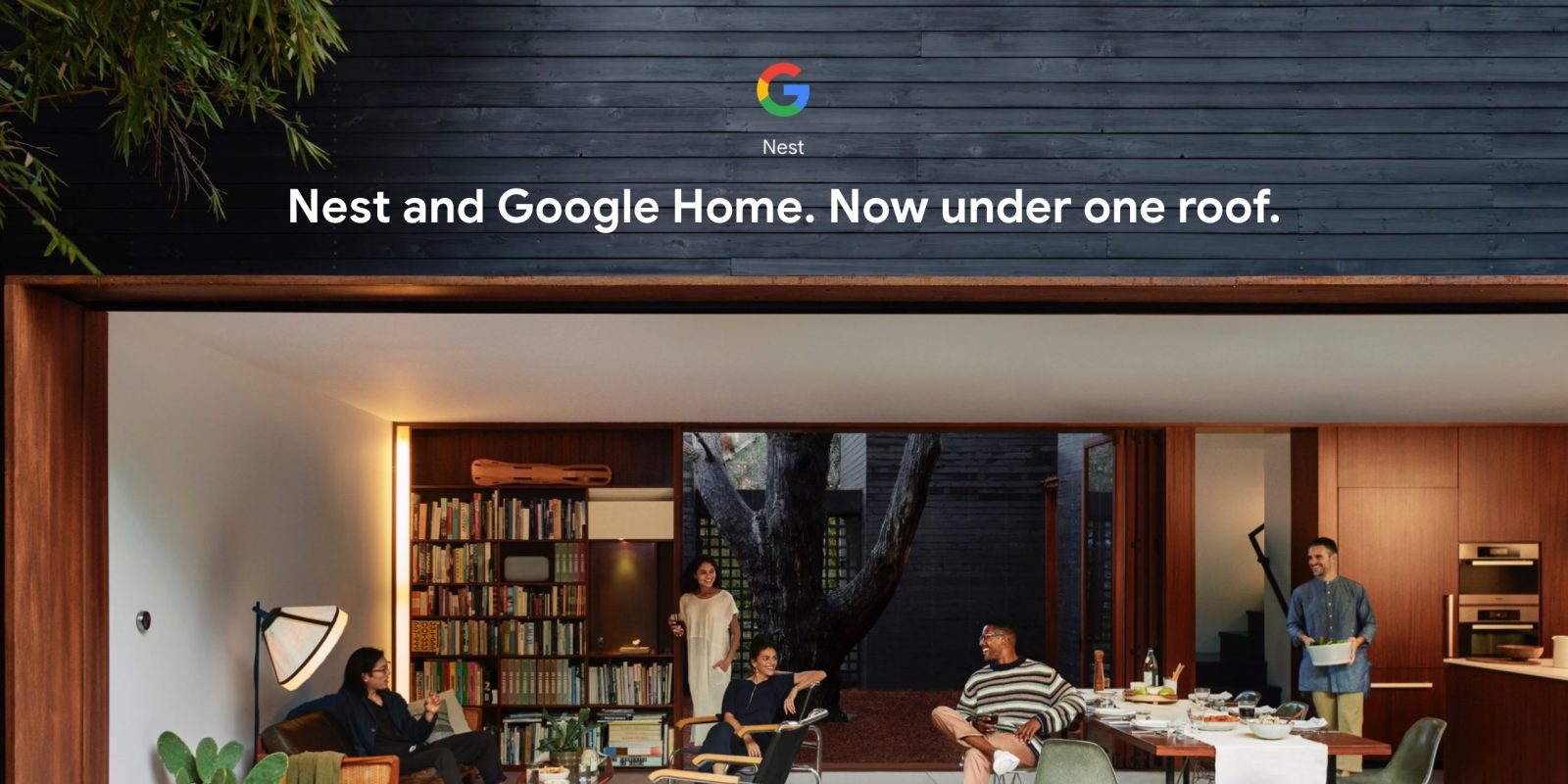 At I/O 2019, Google announced that moving forward its smart home products would be branded under “Nest.” The Home Hub became the Nest Hub, while the first product from this initiative is the Nest Hub Max. Meanwhile, Google confirmed that Home speakers will get Nest branding in the future, while Nest Accounts will be migrated to Google Accounts to address recent security issues.

In early 2018, Rick Osterloh announced that Nest was being moved into Google’s hardware division after being an independent Alphabet company for several years. At I/O today, the fruits of that merger were on full display.

Over the coming months, you’ll begin seeing changes across our products, accounts, services, and policies as we bring everything together under Nest.

The news today is not limited to just one rebrand and one product, with Nest Accounts being migrated to Google Accounts “over the new few months.” According to a “What’s Happening” page on Nest.com and an email to customers today, this will allow for “industry-leading protections and a single account across the Nest and Google Home apps.”

Google Accounts are better at detecting malicious log-in attempts and allow two-factor authentication (2FA) that is not SMS-based. This will combat the recent trend of compromised passwords from other services allowing malicious parties to log into Nest accounts. Once accessed, there is a history of the smart devices being used for inappropriate behavior.

This will begin over the summer, with new Nest users automatically pushed to Google Accounts. The company touts seamless integrations between products that do not require additional setup as a benefit. It will also “align homes and home members across the Nest and Google Home apps.” The former client is staying for now to access subscription Nest features.

For example, if you have a Nest thermostat and a Google Home, just say, “Hey Google, make it warmer” to turn up the heat without any additional setup.

Users will be “invited” to make the transition, but it’s entirely optional to let users “remain subject to existing terms and privacy policies of Nest Labs, Inc. However, Google warns that new smart devices in the future will “only be available to our users with Google Accounts.”

Google’s Rishi Chandra (shown here in a jacket with the new Google/Nest branding) answered one of my questions: Google Home speakers will eventually get Nest branding, but not right away.

Henceforth, Google Nest is to the home as Google Pixel is to mobile devices. pic.twitter.com/cF78y3cBxe

However, this is not happening right away, and would likely only apply to future products, rather than existing ones. Speakers like the original Google Home are due for an update, with that being an ideal time to introduce new branding.