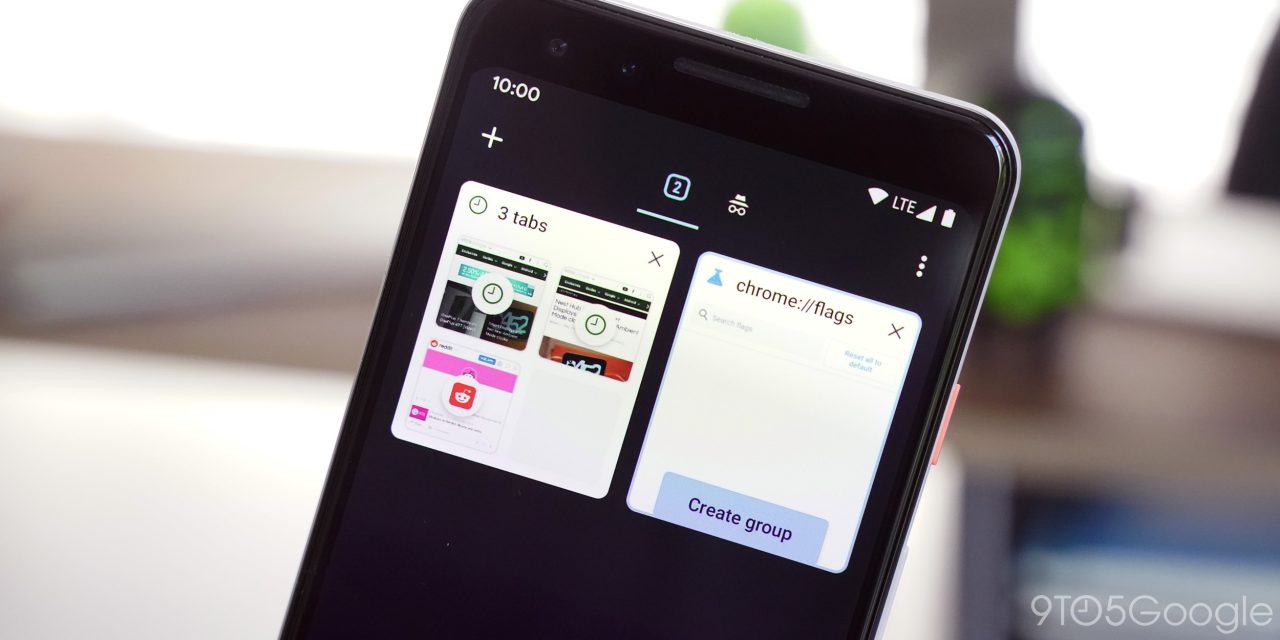 Like most other people on the planet, I often have way too many Chrome tabs open at a time, both on my Chromebook and on Android. It’s so easy to rack up that it quickly becomes a hard-to-navigate mess. To help solve this, Google has been working on Tab Groups in Chrome for Android to allow for neatly organizing our tabs, and they’re available to test out now.

Back in March, we got an early preview of Tab Groups in a Canary build, but this was taken down due to frequent (unrelated) crashes. Since then, Tab Groups have quietly arrived on all versions of Chrome for Android, including Stable, and not too much has changed since that preview.

To enable Tab Groups on Chrome for Android, you need to enable two flags in chrome://flags. The first one actually enables the Tab Groups feature, and the second tells Chrome to use a new layout for your tab switcher page.

Make sure you restart the browser between turning each flag on. This is important, because Chrome for Android needs to restart twice before the Tab Groups feature will work.

Once enabled, you’ll see a new “Create Group” option appear at the bottom of single tabs in the tab switcher. Another simple way to start a group is to long-press a link and choose “Open in new tab in group” which replaces “Open in new tab.”

Once you’re in a group, a new tab bar appears at the bottom of your screen to enable convenient switching between tabs. You can also quickly close your current tab with a single tap. An arrow on the left side opens a more detailed view of the tabs in your current group.

Chrome for Android’s Tab Groups are still in somewhat of a rough state for now, as there’s currently no way to move a tab from one group to another, reorganize tabs within a group, or open a link outside of your current Tab Group. That being said, the feature is overall very usable, despite being a work-in-progress, but you might have a better experience on Beta and Dev builds of Chrome.

Chrome OS and desktop users still have some waiting to do for their version of Tab Groups, as the feature is still quite far from being ready to try out on those platforms.