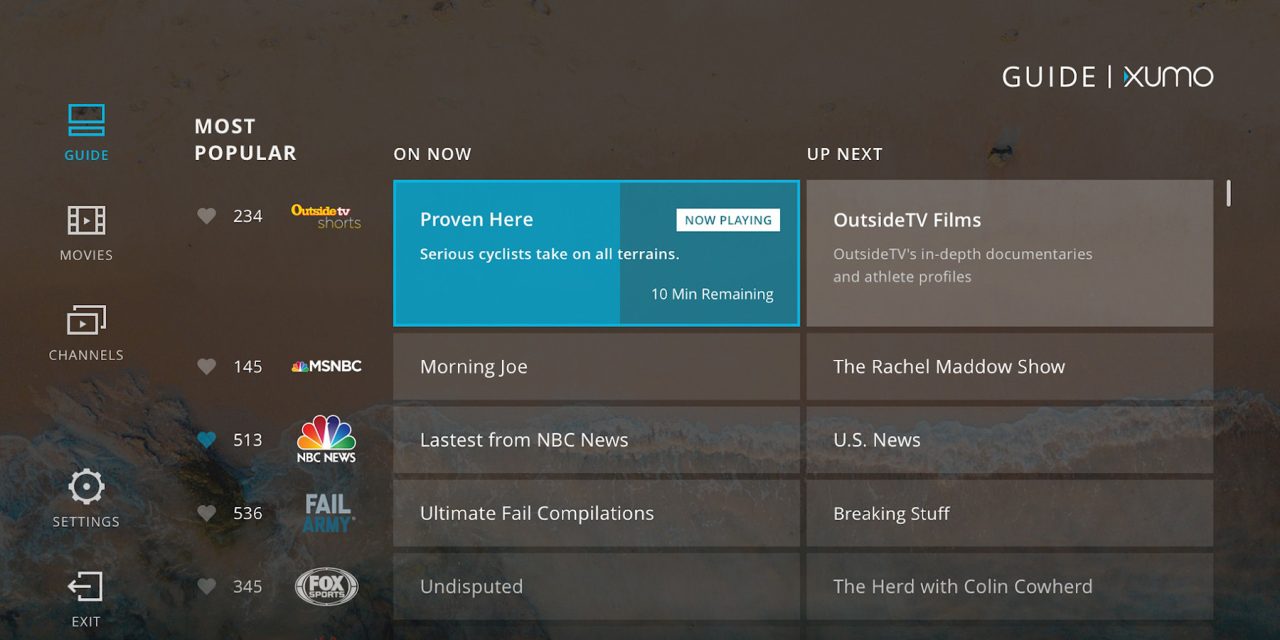 Detailed by Variety earlier this week, XUMO debuted its service on both Android TV and Comcast Xfinity boxes this month. However, reviews on the Play Store for XUMO confirm it’s been available as far back as June, albeit with a very buggy version of the app.

XUMO, if you’re not familiar, is a free service with over 160 channels including major names such as The History Channel, NBC News, and FOX Sports. XUMO has been available on platforms such as Roku and Apple TV and was first started back in 2011. The addition of Android TV means the service is now available on over 30 devices in the US, expanding its reach by over three times since January 2019. The app is still US-only, though.

The XUMO app for Android TV is widely available through the Play Store for devices such as the Nvidia Shield, JBL Link Bar, Xiaomi Mi Box S, and other TVs using Google’s platform.

When you download the XUMO movie and TV app, you unlock access to 160-plus channels and a huge streaming library containing thousands of Hollywood movies, 24/7 network news, popular TV shows, comprehensive sports coverage, plus family friendly and educational kids programming — all for free.

Install the XUMO app and start streaming your favorite show or explore new programs in a flash. Viewers love XUMO because we offer a fast and hassle-free experience — no registration sign up or credit card is ever required to watch free TV and movies on the XUMO app.