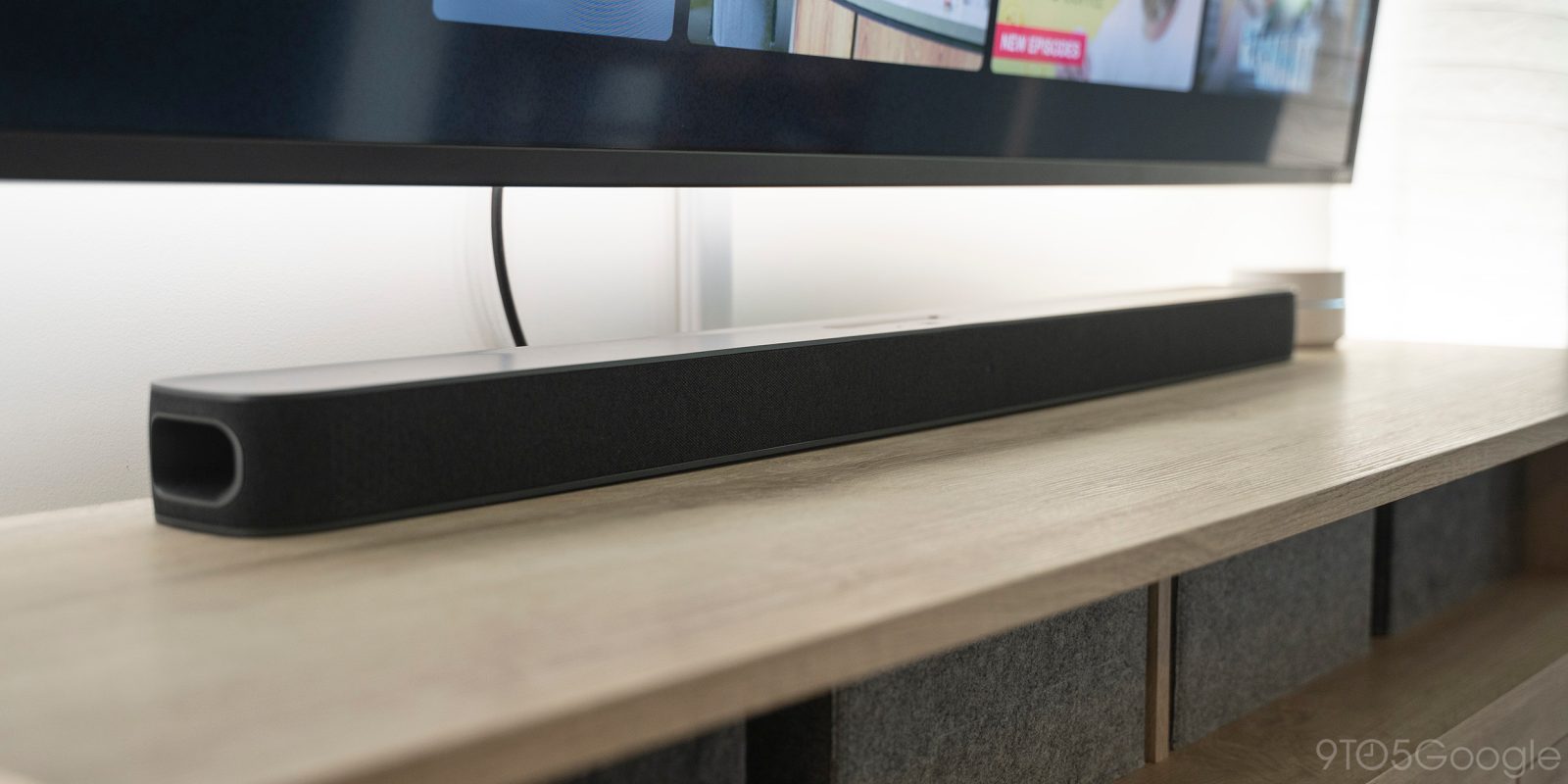 Android TV is growing quickly, but it’s rare to see on a consumer device that’s not a full-size TV. After a long delay, the JBL Link Bar hit the market as the first Android TV soundbar and I’ve spent the past couple of weeks using it in place of my Nvidia Shield. For $399, is it for you? Let’s take a look.

In case you haven’t been following the product since it was first announced over a year ago, the JBL Link Bar is more than just your average soundbar. It’s also an Android TV box that can connect to the rest of your entertainment console. Beyond that, it’s also a Google Assistant speaker that works even with the TV off. For a product that’s first of its kind, it’s a pretty ambitious project.

JBL is a company known for its sound quality, and the Link Bar actually delivers well here. The sound is clear and the volume is good at 100W. The bass is the only part that really lacks with the JBL Link Bar rattling more than I’d like to see.

What easily solves this is JBL’s optional wireless subwoofer. I’ve been able to test this out since previously posting my first impressions, and it really improves the experience. This system gets a lot harder to recommend, however, when you add on a $299 subwoofer to an already-expensive $399 soundbar.

The $299 wireless subwoofer improves the audio experience tremendously, but it’s probably not worth the cost

In the hardware department, it’s a similar story. The entire soundbar is made from cheap-feeling plastic. The extremely lightweight design doesn’t help matters either as it almost feels hollow where comparably-sized soundbars I’ve used have much more weight to them.

That’s not to say the Link Bar is going to fall apart days after you buy it, though. The body itself feels sturdy enough, especially for a product that’s only going to be sitting on your TV console or mounted to the wall. There’s included hardware for the latter too. To its credit, JBL did manage to get the buttons along the top of the bar right. They are clicky and don’t feel as cheap as the rest of the soundbar.

Recessed in the back of the JBL Link Bar there are also four HDMI ports, a USB-C service port, a button for pairing a subwoofer, an Ethernet port, optical and AUX audio inputs, and the power plug. There’s plenty of room for most average cables back there, and the connections are firm. The first HDMI port is, of course, for ARC to control the rest of your TV and everything worked well there.

You’ll get plenty of HDMI ports, but no USB

What you won’t find back there is a USB port that you can use as the buyer. This means there’s no way to expand the storage on the Link Bar past the measly 4GB built-in. The average Joe might not find that limit too restricting, but if you want to watch local media or install any games, that total is going to fill up fast.

As for the included remote, it’s nothing all that special. It’s made of the same cheap plastic as the Bar, and the buttons are clicky but also feel cheap. Still, the connection for the remote is pretty reliable and the layout feels natural.

Since the JBL Link Bar is a consumer Android TV device, JBL can’t take the same liberties we’ve seen from the platform’s operator tier. That means the experience here is largely the same as what you’d see on the Nvidia Shield or Xiaomi Mi Box S.

Android Pie is installed out of the box and you’ll find Android TV’s grid-layout on the homescreen with apps and content suggestions. That experience is just as good as it is on other platforms in terms of the layout, with some changes here and there from JBL. For example, there are a lot more pre-installed apps on the Link Bar than I’ve experienced on other devices. Luckily, the vast majority can be uninstalled. There’s also some music constantly playing during the setup process, which my wife said reminded her or the Wii’s iconic soundtrack (seriously, it’s uncanny). 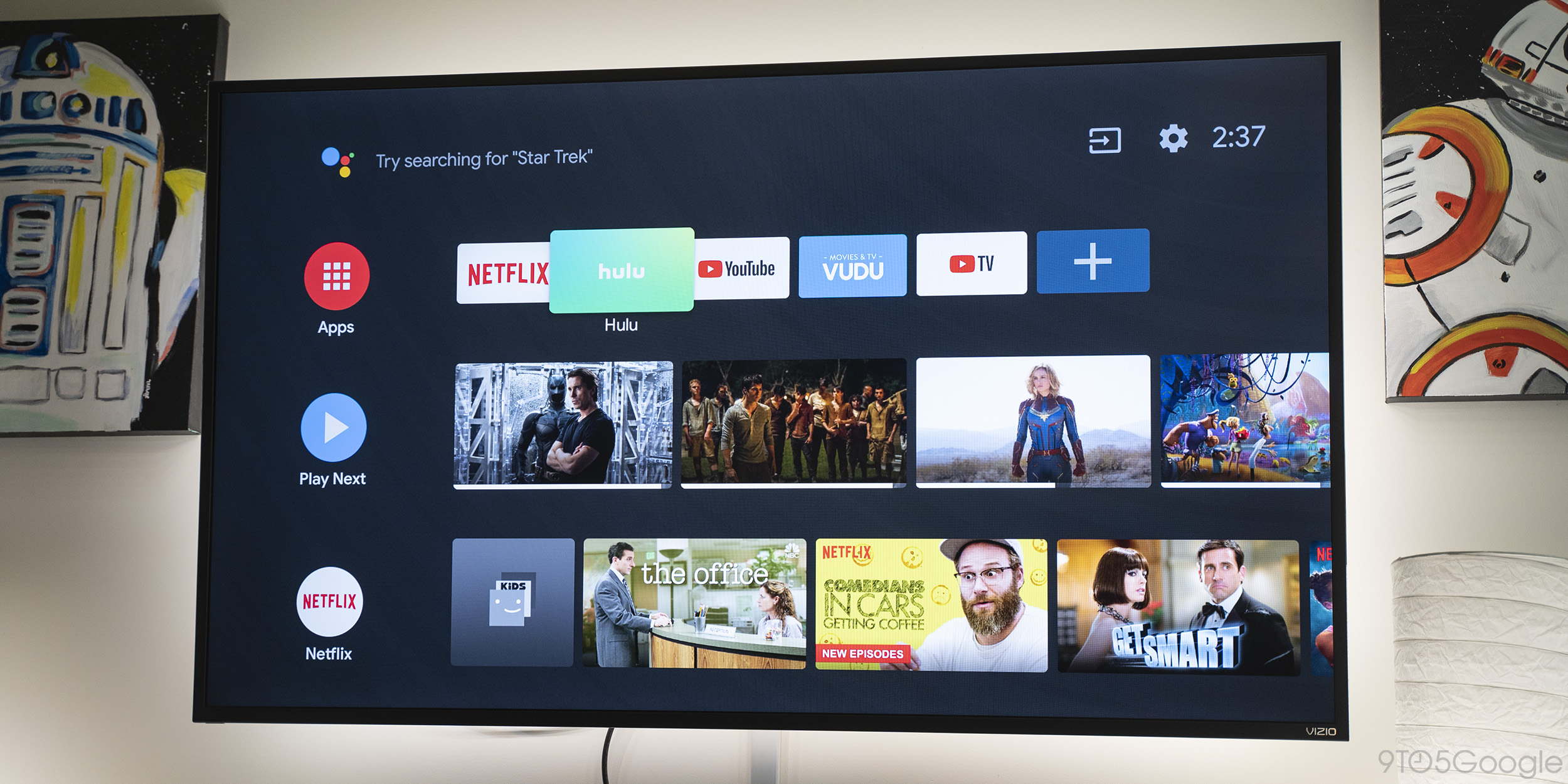 As far as the software is concerned, it’s pretty good for the most part on the JBL Link Bar. Performance is what takes away from that a bit. General navigation sometimes sees bits of lag and apps like the updated Hulu app can see things stutter on occasion. I wouldn’t call this a deal-breaker by any means, but it is a bit annoying when you notice it.

The performance aspect that’s far more annoying is Google Assistant. Whether it’s when the TV is on or when it’s turned off, the response to a “Hey Google” command is very slow. Sometimes it takes several seconds for the Bar to react to the wake command, and even longer to process a command as simple as controlling lights. If there’s another speaker somewhere in your home, odds are it will respond and process the command before the Link Bar does, even if it’s in another room.

I truly hope that this is something JBL can fix through a software update because the idea of combining all of these devices into one makes life much more simple. But right now, the experience is just frustrating.

Also worth noting is that JBL has yet to update the Link Bar with support for Amazon Prime Video. As we noted in a previous article, that’s something they’ll need to do to give consumers access to the service. 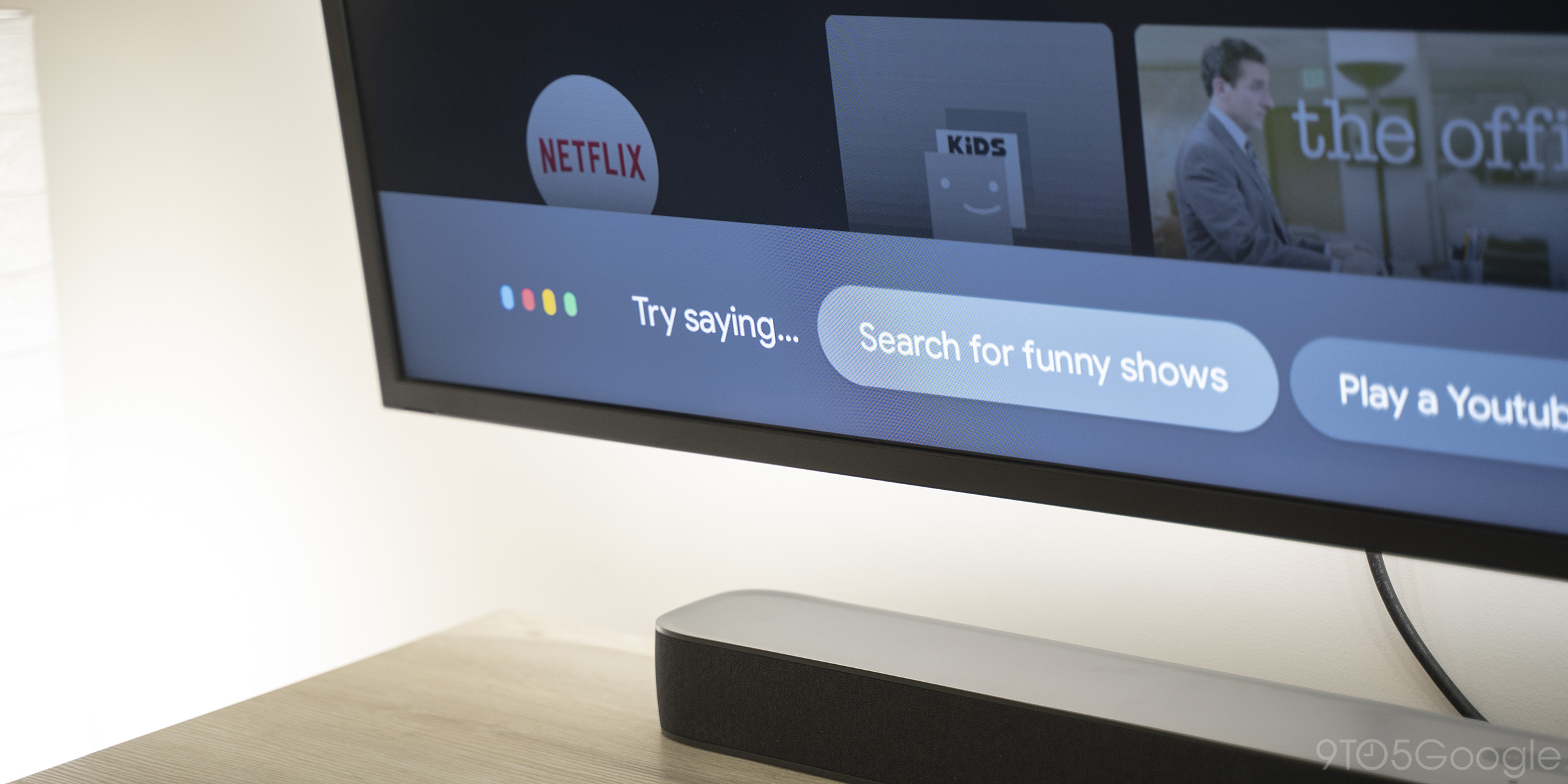 Assistant is slow on the JBL Link Bar

While the performance isn’t too hot, the JBL Link Bar is a very strong push for Google Assistant in the living room. With this soundbar, the Assistant can touch every part of your entertainment center and can be used basically no matter what you’re doing.

When the TV is off, the Link Bar acts like your typical Google Assistant speaker. It will hear and accept commands for controlling home devices and listening to music. Since the speakers connected to your TV are usually the best in the home anyway, this works out great.

When you turn the TV back on, a visual component to the Assistant comes to life as well. Asking questions about weather, movies/TV shows, and other queries will see some of that data on-screen. You can even control playback of some Android TV apps using the Assistant. Regardless of the service, basic playback controls such as play/pause will work with a voice command as well. 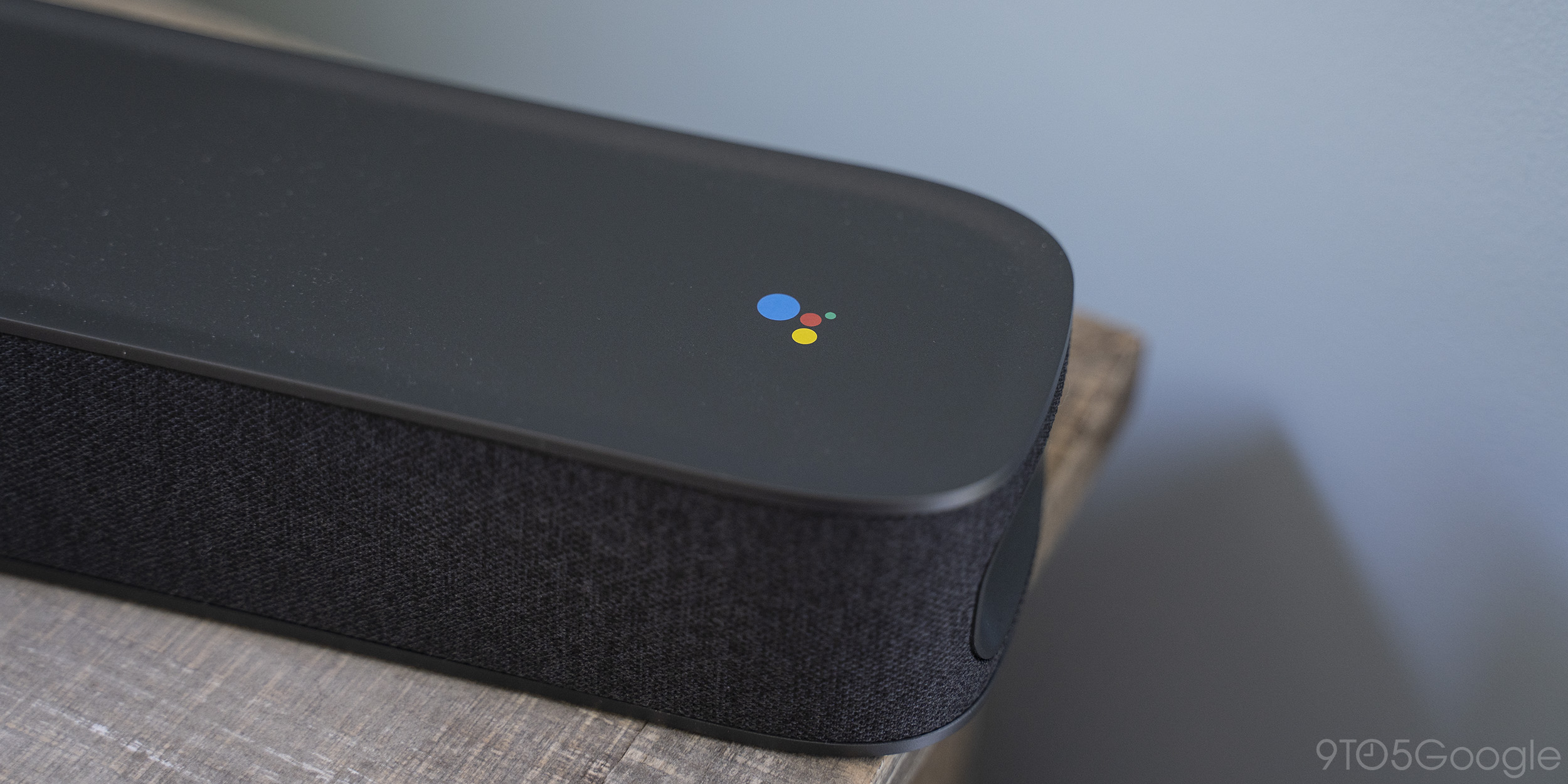 The Assistant can also make some tasks easier. If you’ve renamed inputs in the settings, you can simply ask the JBL Link Bar to switch to “PlayStation 4” or “Nintendo Switch” and it will go to the appropriate HDMI input. This process can sometimes be frustrating with traditional soundbars, but since the Link Bar is essentially taking the place of your TV’s inputs, it’s easier and makes the entire setup a bit less complicated too. If you’re using another one of those inputs, a Nintendo Switch, for example, you can still access the Assistant to ask questions and you’ll still get those visual responses.

There are some quirks to the Google Assistant integration, though. The main complaint I’ve seen from early adopters and had myself is that the Link Bar is treated as a TV by Assistant. This means you can’t add the soundbar to a speaker group. Further, the Chromecast integration is slow and sometimes music apps will play through that (with the TV on) instead of only using the soundbar. A lot of this can probably be worked out in future updates, though.

The JBL Link Bar is a product that I’ve been excited to check out since it was first announced. I was nervous through its delays that something was critically wrong with the product, but after using it, I don’t think that’s the case. Google Assistant performance is the number one complaint for me, but it’s not necessarily a deal-breaker.

It’s still not a product that’s going to be for everyone. Most TVs now have some sort of smart platform, some even with Android TV. The Link Bar is a product that’s really only going to make sense if you want to replace the OS on your TV or if your TV doesn’t have one in the first place.

As a soundbar, this product is good if a bit overpriced. As a Google Assistant speaker, I’d definitely look elsewhere. As an Android TV, it’s a solid option with no major flaws. Combining all of those together, I’d say the JBL Link Bar is a good choice at $399 if you want to cover all of these needs with one device. Until the Google Assistant portion is fixed, however, you might be better off getting an Nvidia Shield, a Google Home Mini, and a cheaper 2.1 soundbar for the time being. If future updates fix that problem, I could see the Link Bar being a great buy.

You can pick up the Link Bar from Amazon, B&H Photo, or JBL. 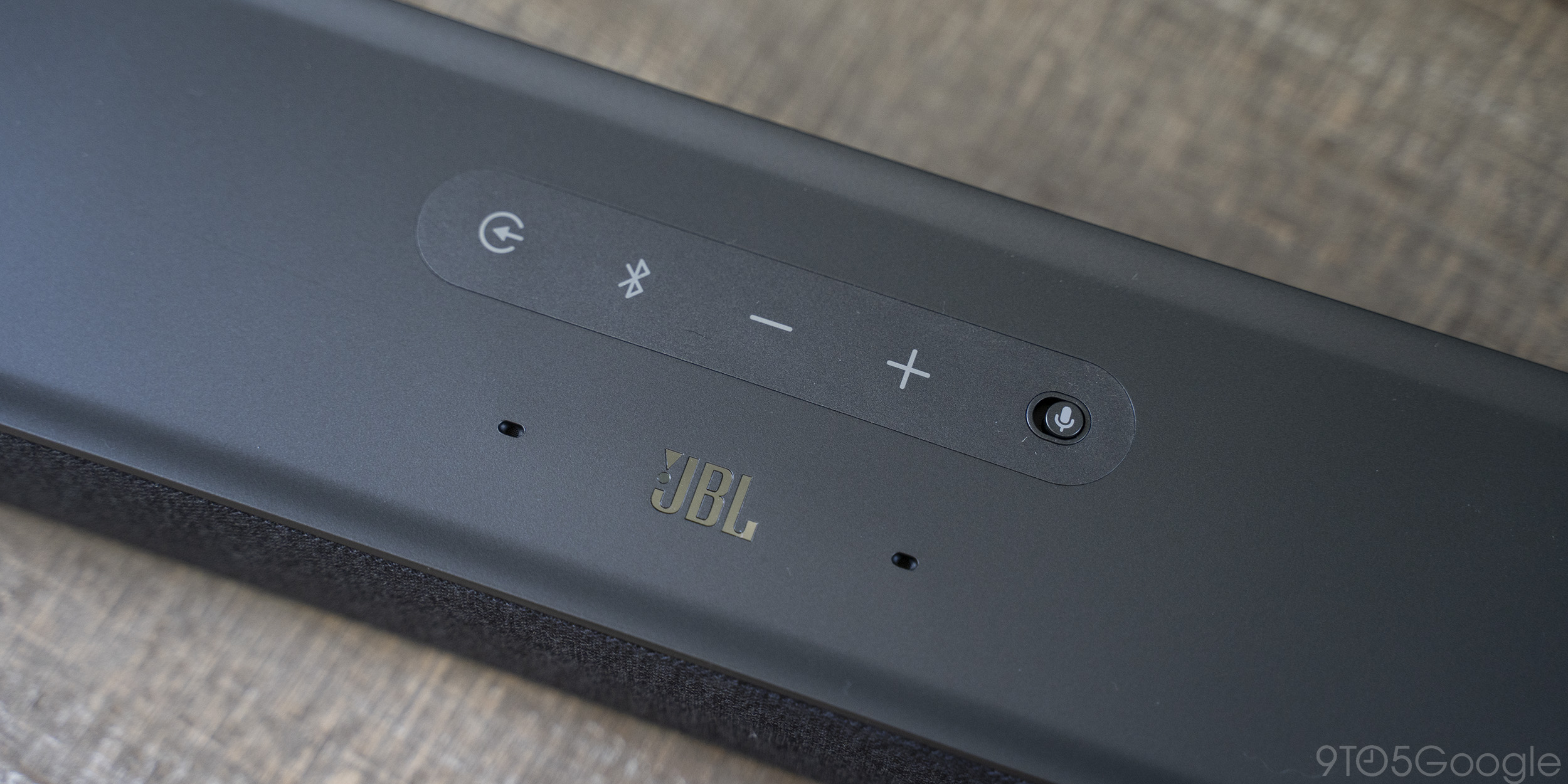