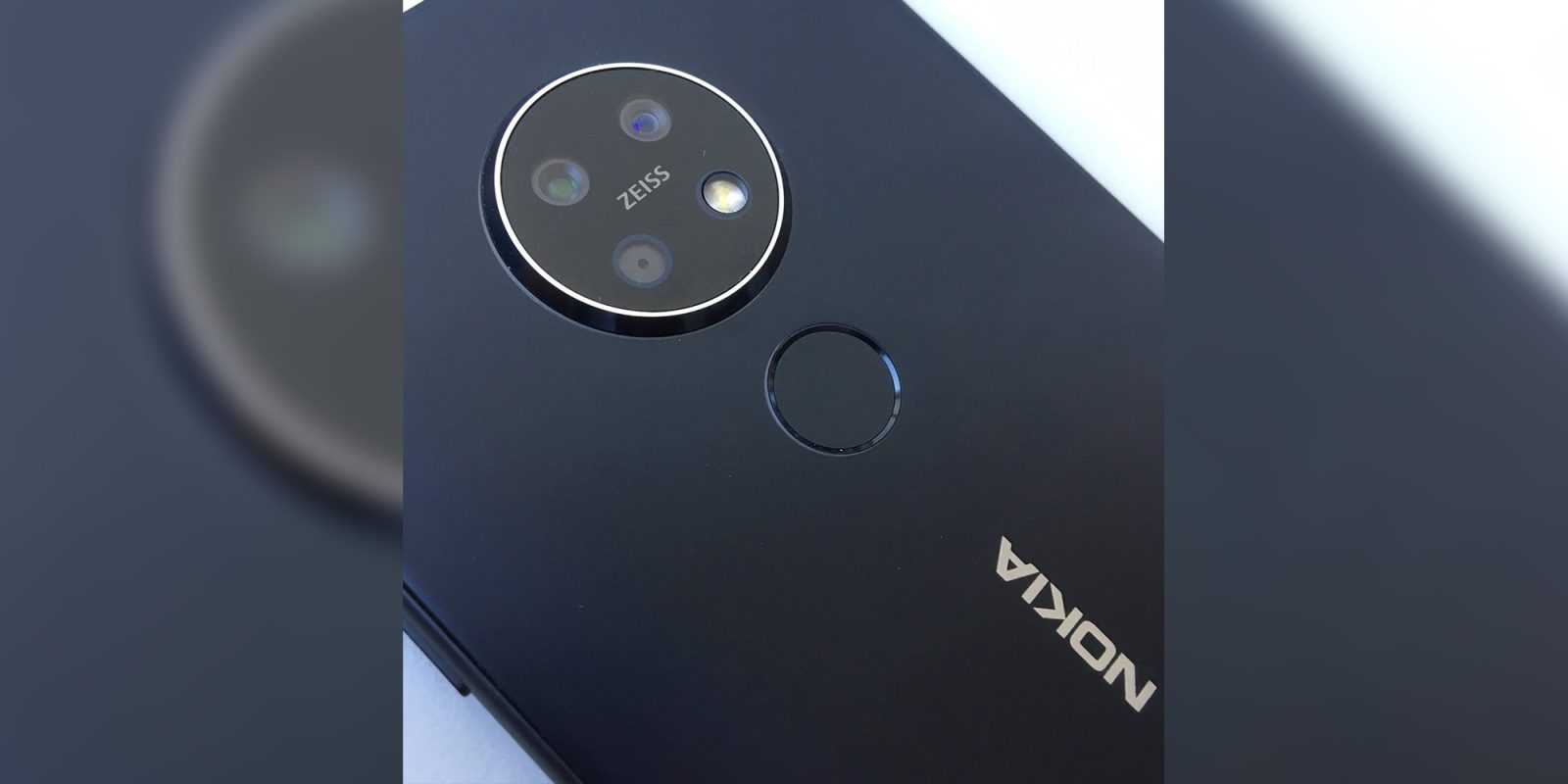 In the lead up to IFA 2019 in a few weeks, more smartphone leaks will probably be coming out. Nokia recently teased some new reveals, and today an accidental tweet has confirmed the Nokia 7.2 with its cameras, design, and release date.

Removed quickly after it went up, an executive from ZEISS tweeted a high-quality picture (via @ishanargawal24) of what he explicitly called the Nokia 7.2. The now-leaked image was apparently taken while Nokia and ZEISS were showing the 7.2 to some members of the press this week.

The image itself reveals a couple of details about the product. For one, it will offer three cameras in a circular camera bump with ZEISS optics. There’s also a rear-facing fingerprint sensor underneath those cameras. Based on the tweet, we can expect some “overwhelming” pictures and videos from this setup.

Thanks to the leaked image, we also now know that a device leaked in July is almost certainly the Nokia 7.2. That device, which was partially concealed by a case, revealed the same camera array, a large display with a waterdrop notch, and Android Pie too. That leak also mentioned that the primary camera on the Nokia 7.2 would be a 48MP sensor.

Previously leaked images of the Nokia 7.2

There’s a lot we don’t know about this device just yet, but the tweet also confirmed a September launch for the device. IFA 2019 kicks off September 6th, and Nokia will probably bring this device to the show with some others as well.

Update 8/23: Just a couple of days after the all-but-official leak, more new images of the Nokia 7.2 have leaked. These images line up directly with the deleted image, and this time we can also see the front of the device with its waterdrop notch. Given the plethora of Google apps on the homescreen, it should come as no shock this will probably be an Android One device yet again. It’s also possible that this image is showing us another color variant, but that could also be attributed to lighting.