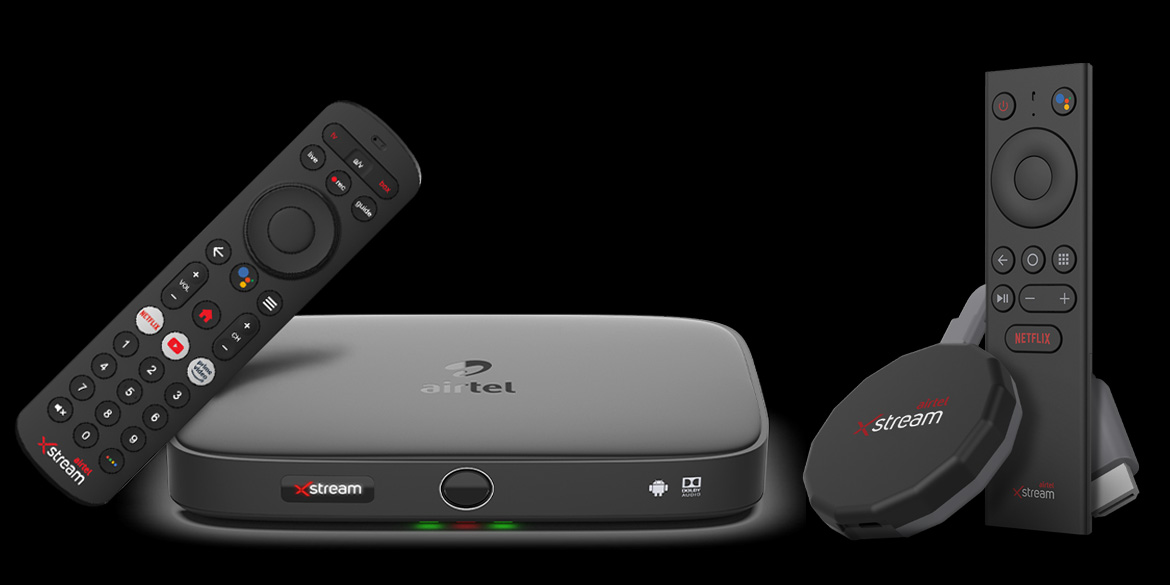 Google’s Android TV platform is getting some new hardware in India this week. Airtel recently announced its new Xstream streaming stick and set-top box with Android TV and the first dedicated Prime Video button, too.

Airtel is currently one of the largest telecom operators in India, with upwards of 320 million subscribers. With these new Android TV-based offerings, the company hopes to continue boosting that number as it fends off the competition (via Android Authority).

The Airtel Xstream stick is the more interesting of these two Android TV options. This is one of the first HDMI dongles we’ve seen on Google’s platform following the AirTV Mini, which launched earlier this year. The device costs Rs 3,999 ($55) and runs on top of Android Oreo.

It supports the Play Store and popular apps such as Netflix, Hulu, YouTube, and more. It also offers Airtel’s own Xstream app for content from providers such as ZEE5, Hooq, Hoi Choi, Eros Now, HungamaPlay, ShemarooMe, and other services in India. The company’s own music service is also available. The included remote also features dedicated buttons for Google Assistant and Netflix, too.

Aside from the stick, Airtel has also launched a new set-top box running on Android TV. Aimed more toward games, this box has the same Rs 3,999 ($55) price tag, but offers “advanced gaming with high-end graphics” as the company mentions on Twitter. @AndroidTV_Rumor further adds that a dual-core Broadcom BCM72604 SoC is being used here.

Most interestingly on this box, however, is the included remote. It also features a Google Assistant button, but alongside a Netflix shortcut, it also has dedicated buttons for YouTube and Amazon Prime Video. With the latter, we can assume that this means the app will be preloaded on the device.

Notably, since Airtel is using the Android TV operator tier, both of these devices have heavily modified interfaces compared to a normal Android TV device. 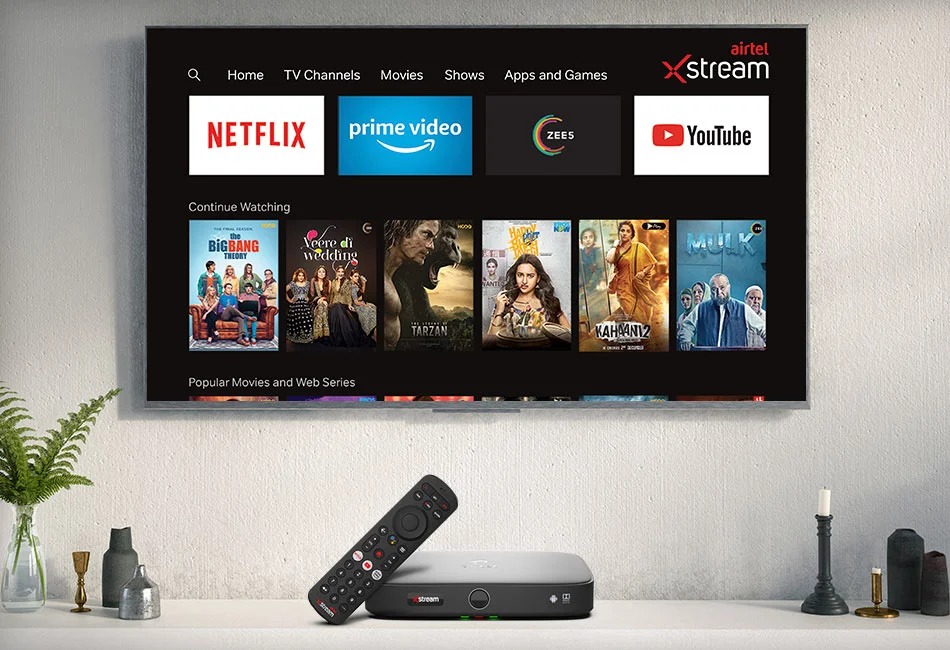 Both the Airtel Xstream box and streaming stick are available from Flipkart starting next week.