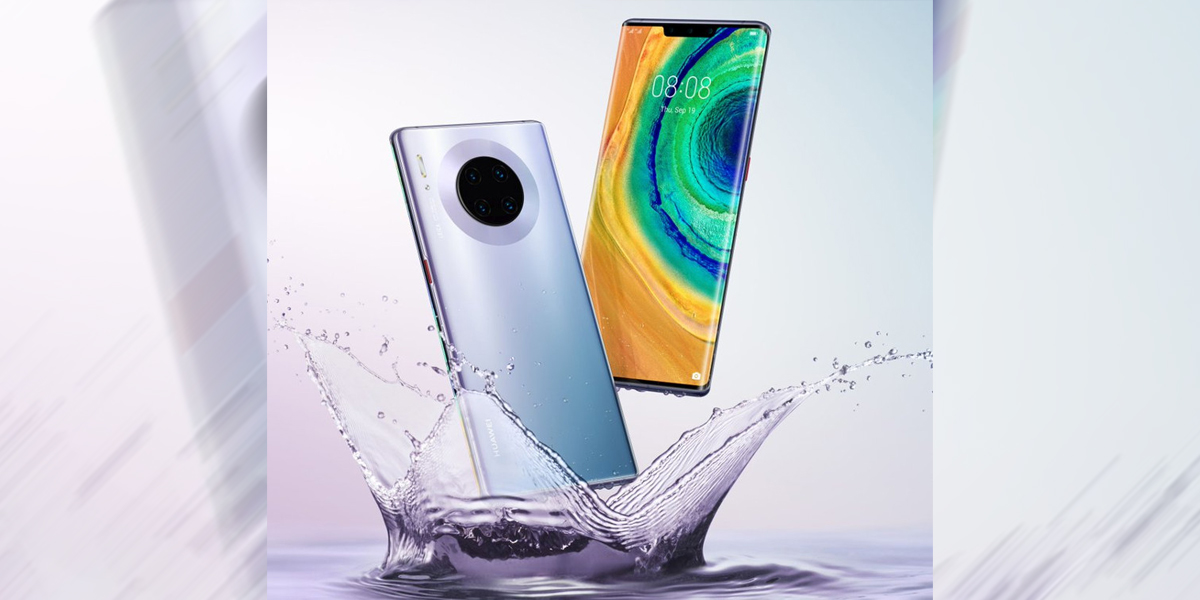 Considering the proximity to the official launch, we’ve not seen a great deal of the upcoming Huawei Mate 30 in the form of renders and hands-on leaks.

Obviously, with the lineup likely not including access to core Google Play Services, we’re sure this has had an effect on public interest. That said, we’re still intrigued as to what the upcoming flagship will bring to the table. Despite the ongoing US issues, the Mate 30 looks set to be a true flagship device in every metric.

[Update 09/17]: Renders of the entire lineup of Mate 30 Pro colors have now leaked courtesy of Evan Blass once again, and show four of the upcoming designs. The iconic green returns, with a black, purple and what appears to be a more lilac option — although this could be a two-tone or multi-colored option akin to the Breathing Crystal P30 Pro.

Thanks to tipster Evan Blass, we’ve now got hi-resolution renders of the Mate 30 that show the entire lineup in crisp detail. The star of the show is undoubtedly the new Porsche Design Mate 30 Pro, which does bear a resemblance to last years Mate 20 Pro Porsche Design RS model.

Red and black leather returns for that so-called ‘premium’ feel. It’s not clear if the Porsche model will come with an IP-rating though — leather not being particularly great in water for longer than a dip. At the front, the renders look as though they hide the notch on the Porsche Design model too.

The more standard Mate 30 Pro looks very much like previous renders and leaks have shown, with the wide display notch and circular rear camera model at the rear. Conversely, the non-Pro Mate 30 appears to have a smaller notch that features two front-facing cameras. The standard Mate 30 also won’t come with a waterfall display, instead, it will feature some side bezel.

At the rear, it appears to have the same circular rear camera setup. The lack of rear-fingerprint reader leads us to believe that we’ll see an in-display option on the Mate 30.

Conversely the Mate 30 Lite includes an upper left punch-hole notch, rear fingerprint scanner and familiar square camera bump that we’ve seen on the Mate 20 Pro. When you zoom in you can see what appears to be a ‘5G’ logo on the display, this could mean we’ll see a Mate 30 Lite with 5G connectivity — although the Kirin 990 chipset will come in a 4G and 5G version. 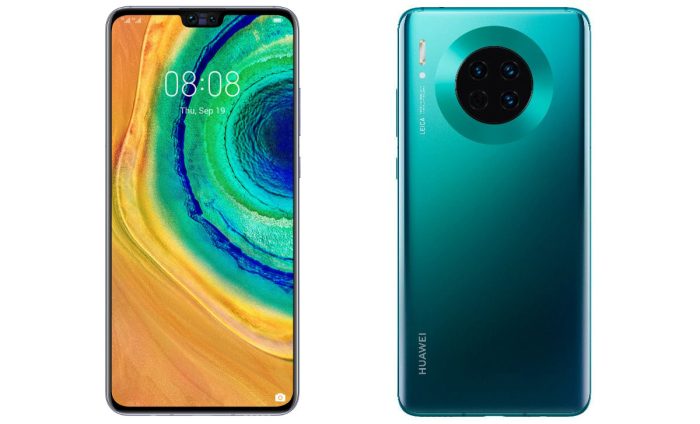 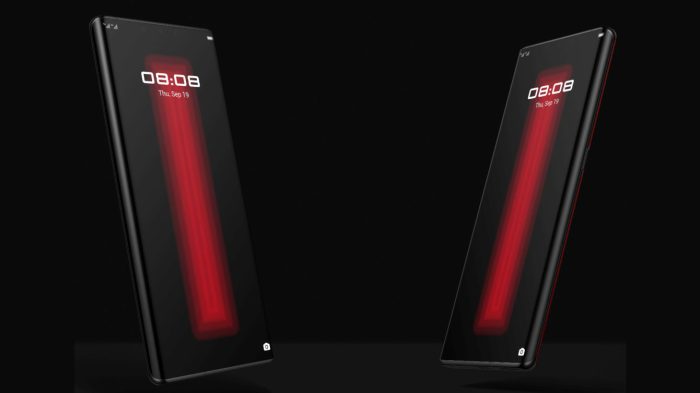 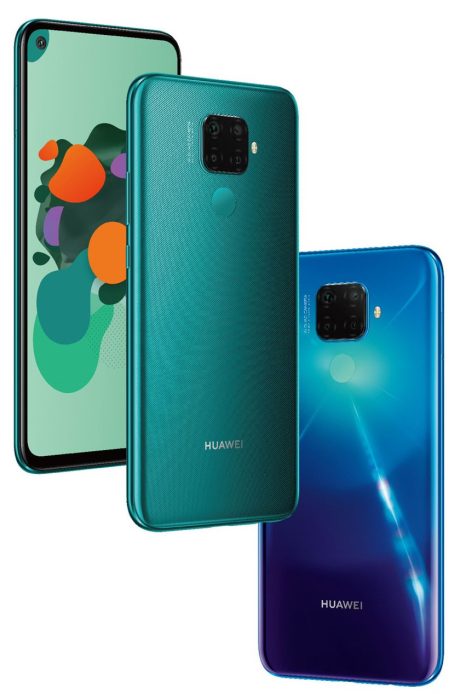 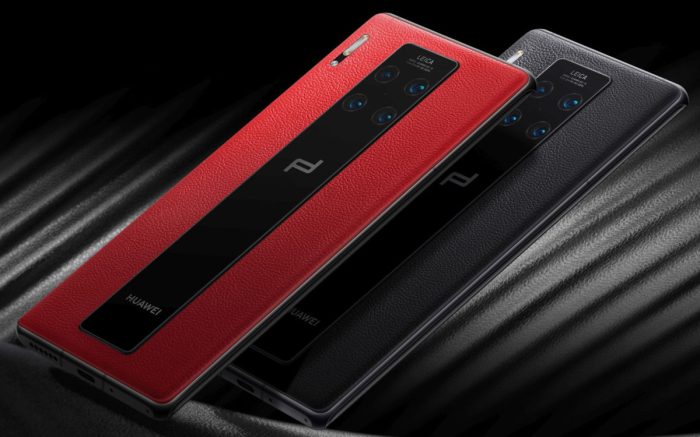 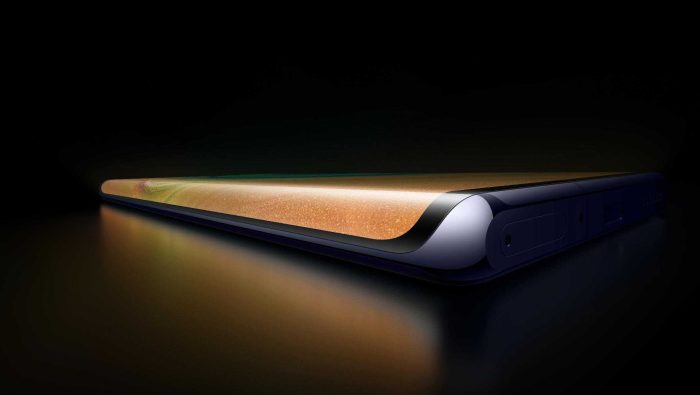 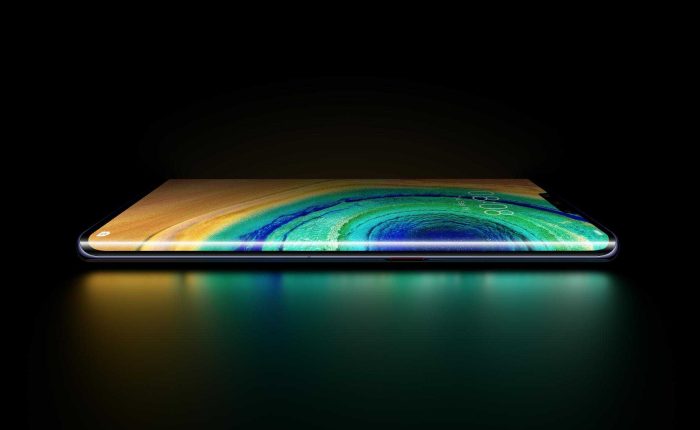 The Huawei Mate 30 lineup is set to be launch on September 19, and we’ll be there to get the lowdown on the brand new device. The company has confirmed that entire lineup and the superb Mate X will come without access to Google apps but potential buyers will still retain the ability to sideload Google Play Services.