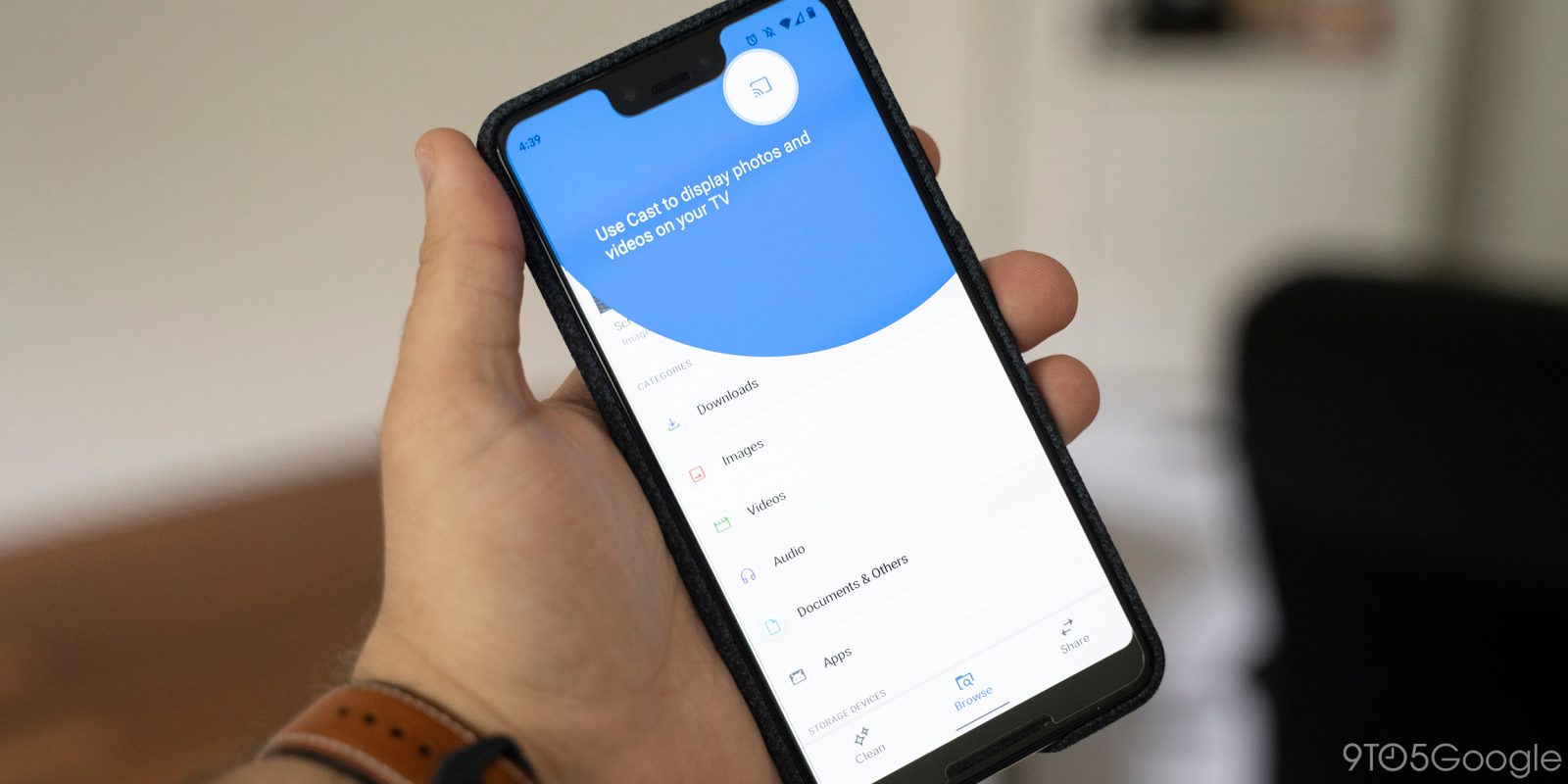 Last month, our APK Insight team uncovered that Files by Google would soon be picking up the ability to use Chromecast to display your files on a television. As of this week’s beta update, Files by Google is rolling out Chromecast support for some people.

Files by Google was originally “Files Go,” and part of Google’s offering of slimmed-down Android Go edition apps. Since then, Files by Google has evolved to become the company’s all-in-one file organizer, storage space management, photo/video gallery, music player, and file-sharing app for Android phones of all sorts.

The latest feature rolling out now to Files by Google, starting with select people on the Beta version, is the ability to display your files on another device via Chromecast. Of course, this functionality isn’t new to any users of the Google Photos app, who have long been able to Cast such files to the big screen.

Once casting is enabled, you’re treated to the usual Chromecast UI experience throughout the Files by Google app, including the Chromecast logo permanently located in the top-right corner.

Unfortunately, one of the key features of Files by Google, its local music player, does not seem to work with the Chromecast capabilities. Whether this is a deliberate decision or is just because the feature is still under development is yet to be seen. It could make sense for Google to not implement this, instead encouraging use of their other music apps, YouTube Music, and the soon-to-be-retired Google Play Music. Thankfully, there are other apps that can do the job.

Google has said that the Chromecast support would be rolling out to beta users over the coming weeks. You can enroll for beta updates for Files by Google directly from the bottom of the Play Store listing, or sign up on the web.