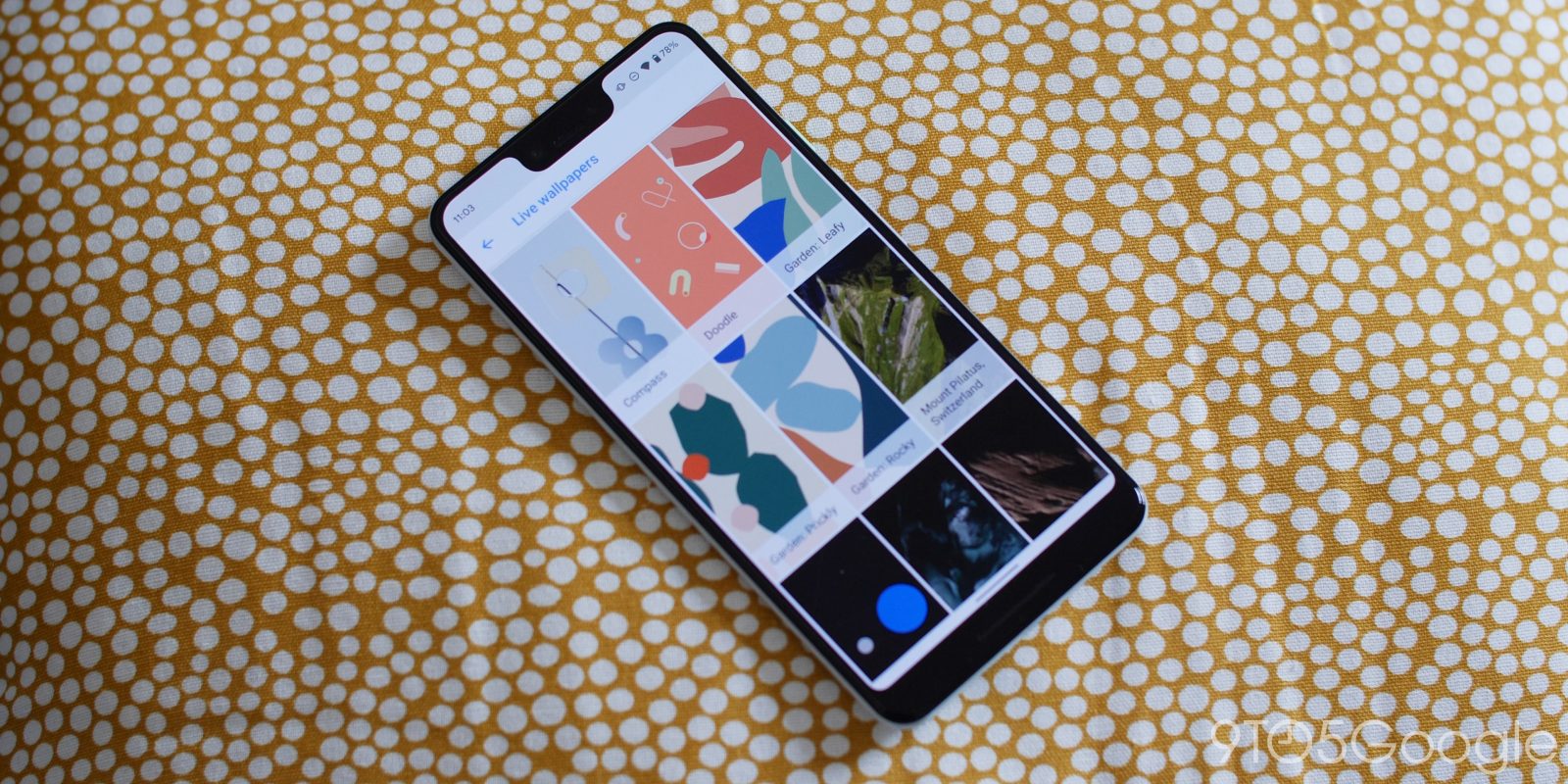 Easily one of the most underrated aspects of the Pixel series is the exclusive wallpaper packs that come pre-installed on all new Pixel phones. Thanks to the leaks, you can download and install the new Google Pixel 4 fully customizable wallpapers and live wallpapers on any Android phone running Android 7.0+ or higher — and boy, are they striking.

The new wallpapers have come from a pre-release Pixel 4 model with six completely new live wallpapers and three brand-new Living Universe wallpapers. That gives you a total of nine new backgrounds to play with. Because they can be customized, it actually increases that further, but it’s essentially nine new designs to dig into.

It’s clear that Google has gone for a more “doodly” design with the stock Pixel 4 live wallpapers. The fact that they are customizable — only on Pixel devices currently unless you install a custom Magisk Module — is yet another an awesome inclusion, and one that makes sense with the Pixel Themes app also set to come soon.

We’ve already given you a glimpse of what to expect, but let’s go a little bit further in-depth with just what the Pixel 4 custom live wallpapers give you.

If you don’t have a Pixel phone, the app has also been ported to other devices and will work fine, as long as you have the Google Wallpapers app installed on your phone. Most of the new additions have dark mode alternates, too, which gives you yet more options. 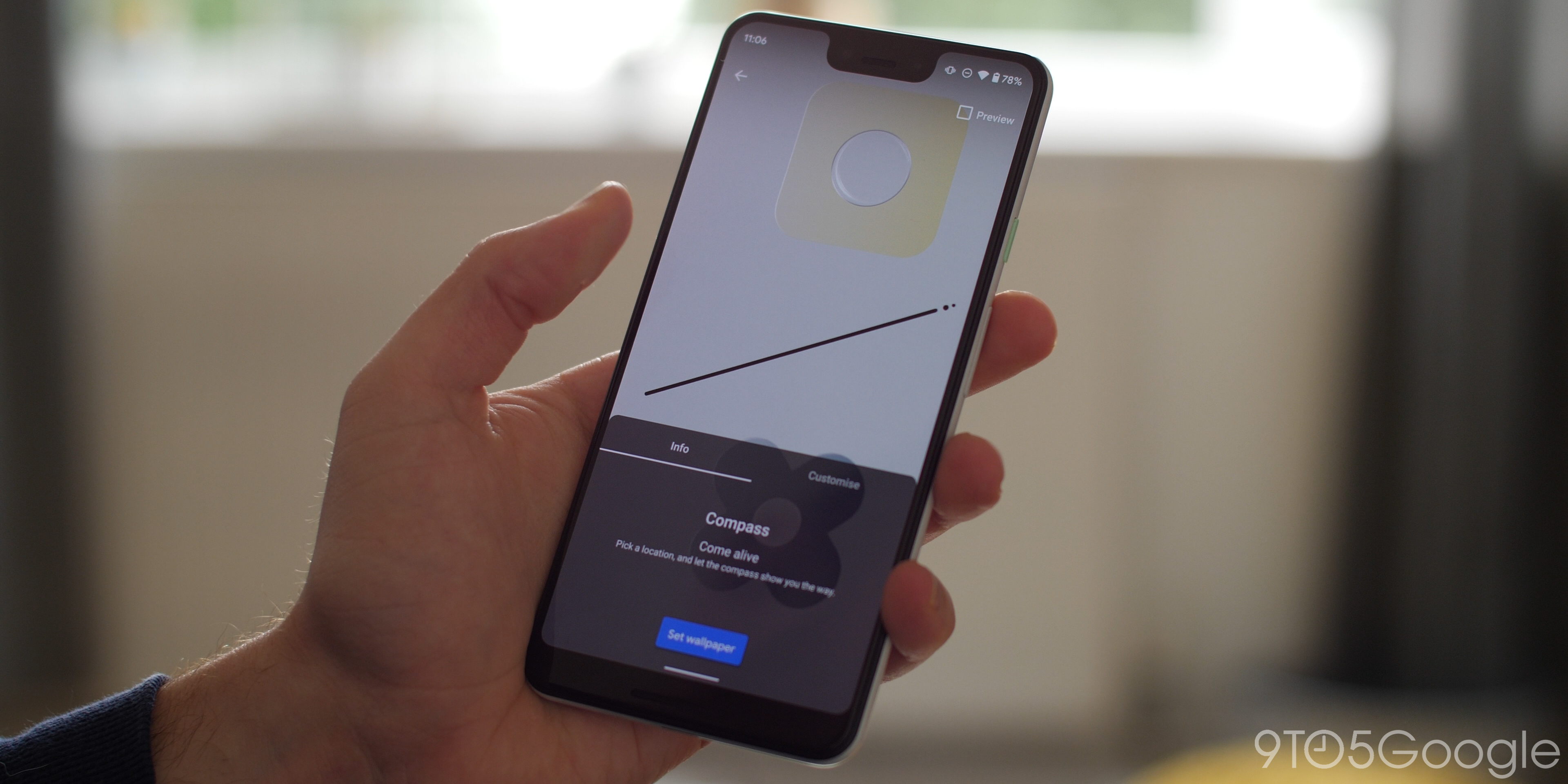 This is a neat background, as the main “needle” actually works as a compass, moving depending on your device orientation. The needle actually grows, too, as you move your phone around.

To customize, you can adjust the color of the squircle and “X” to one of four colors — which doesn’t make a huge amount of difference because of the subtle tones. 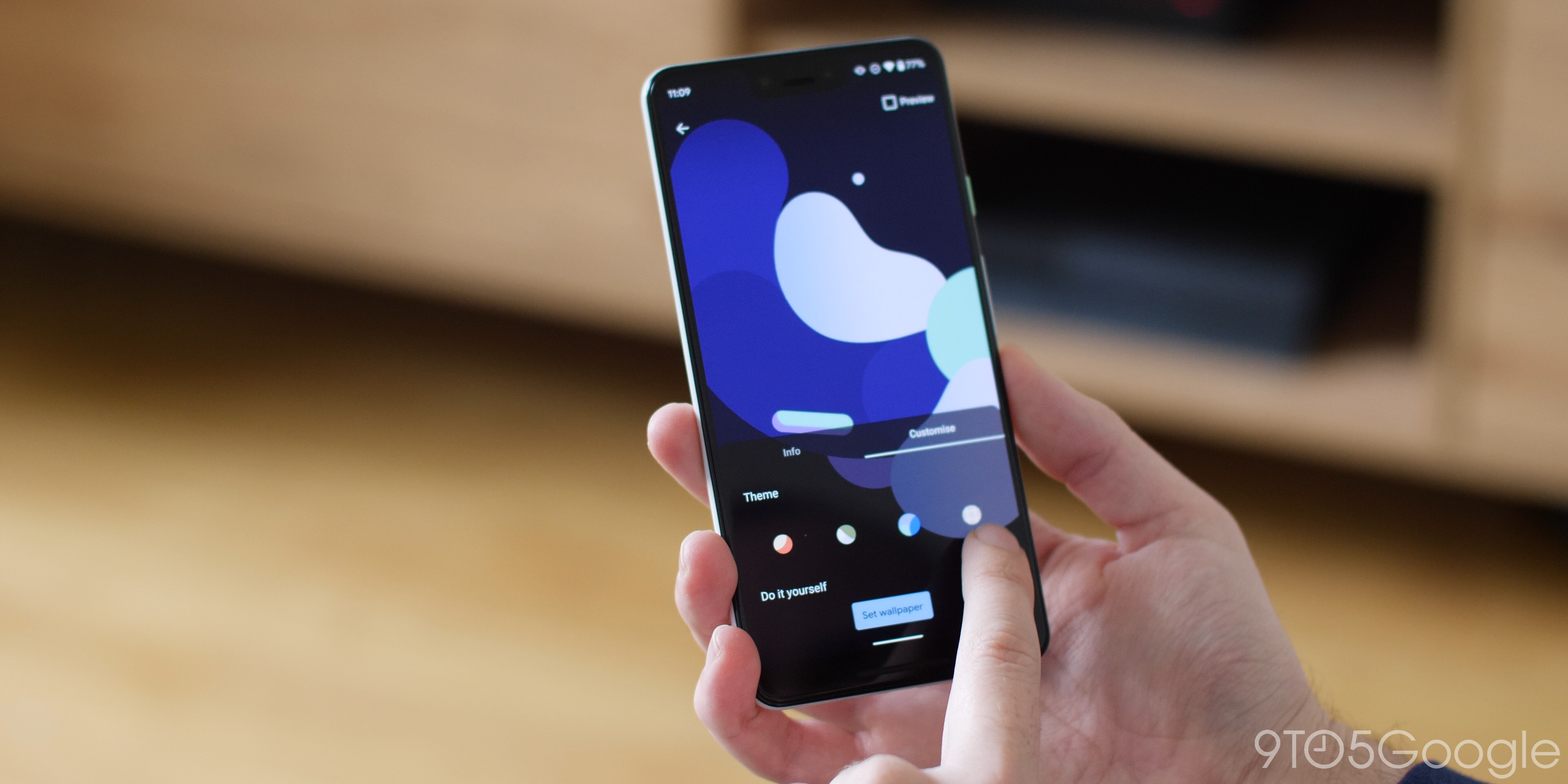 This is likely the wallpaper you’ve seen the most in almost all of the hands-on Pixel 4 leaks. The Doodle wallpaper is probably going to be the stock wallpaper on Pixel 4 devices, and with good reason. It’s a funky and very 1980s-inspired wallpaper that can be almost completely customized.

There are four colors to choose from, which is upped technically to eight with the alternate dark themes. Then, you can tailor each design to your heart’s content should you have a Pixel. 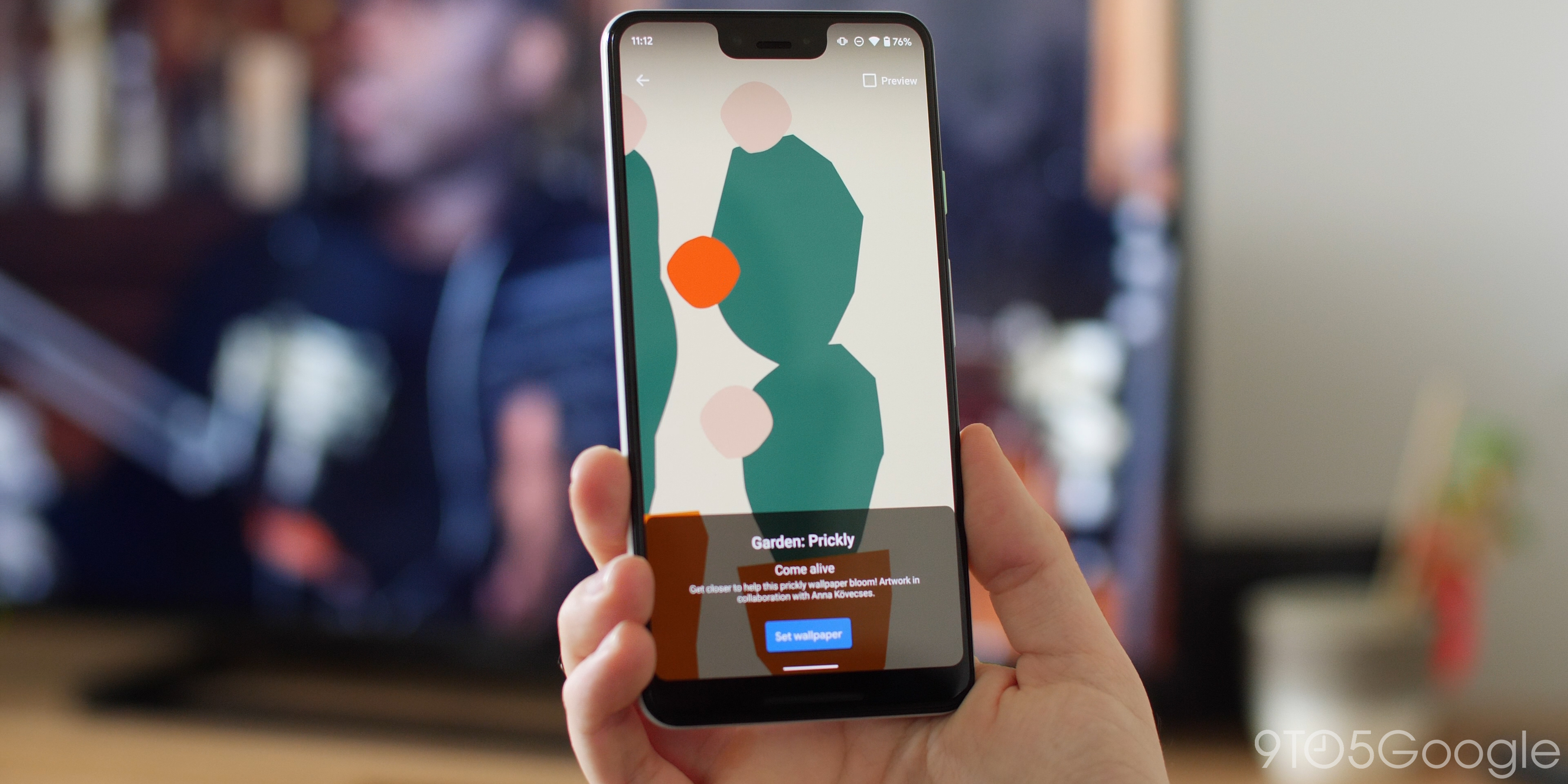 There are three distinct “Garden” wallpapers that all remind me of the children’s book The Very Hungry Caterpillar. The new designs are all very abstract and have visible textures, and have been designed specifically for Pixel devices by Hungarian-born designer Anna Kövecses.

Her inspirations include the Mediterranean Sea, growing up in Eastern Europe, and her own children. You can see just how her oil pastel and clay paintings translate to the trio of wallpapers entitled Prickly, Leafy, and Rocky. You can’t customize the Garden trio, but they do have a dark and light theme that will activate should you go in and out of dark mode.

Sights from the sun 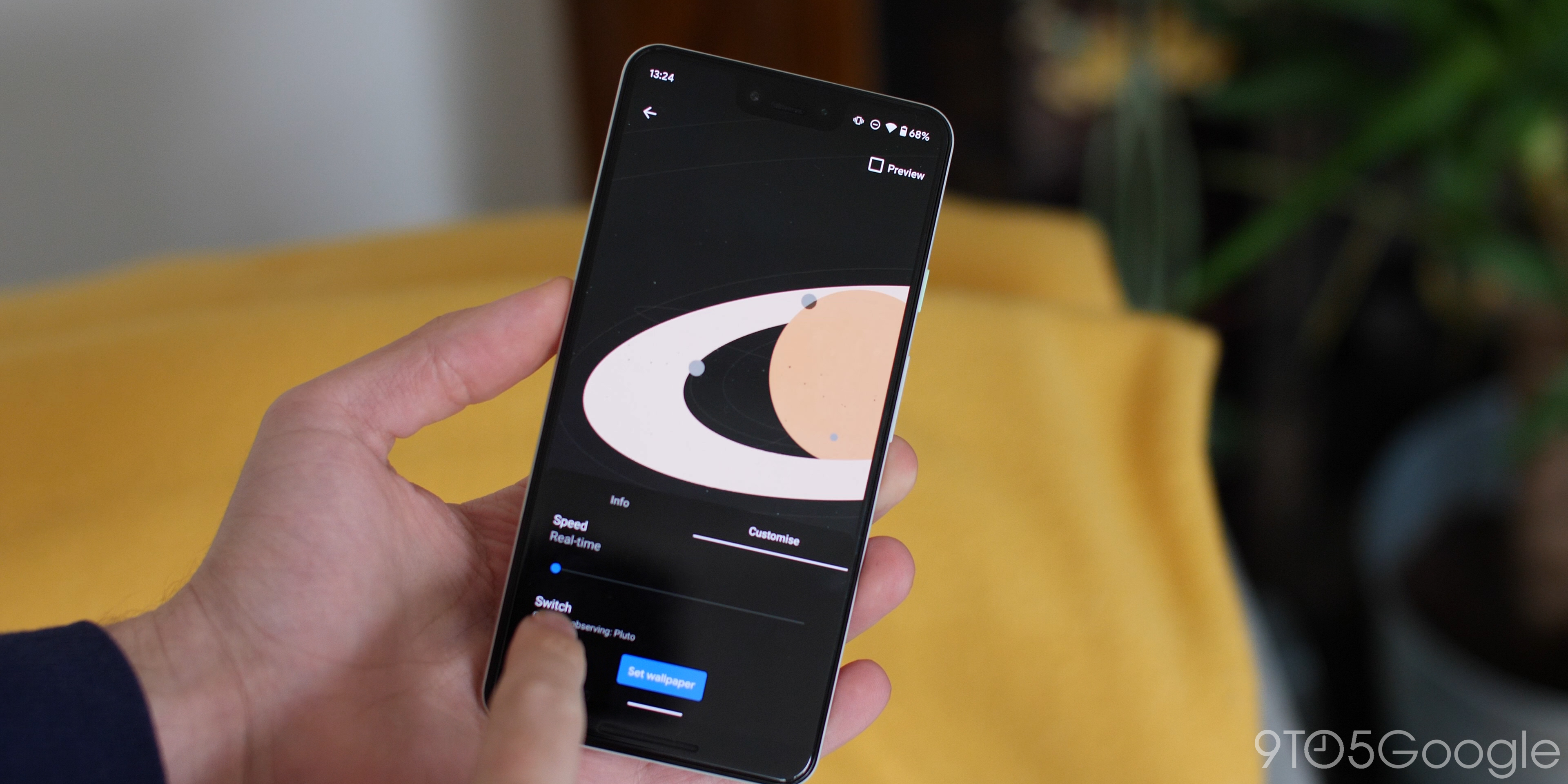 For the space enthusiasts, the “Sights from the sun” live wallpaper might just whet your appetite. You get a minimal live look at planets orbiting the Sun and is adjustable on Pixel devices to suit exactly how quickly you observe the heavens in action.

Don’t expect tons of detail though. Like all of the other Pixel 4 live wallpapers, a stripped-back design aesthetic has been adhered to for a minimal look and feel. You can, however, change which planet you want to have as your backdrop simply by tapping the planet, which is neat. 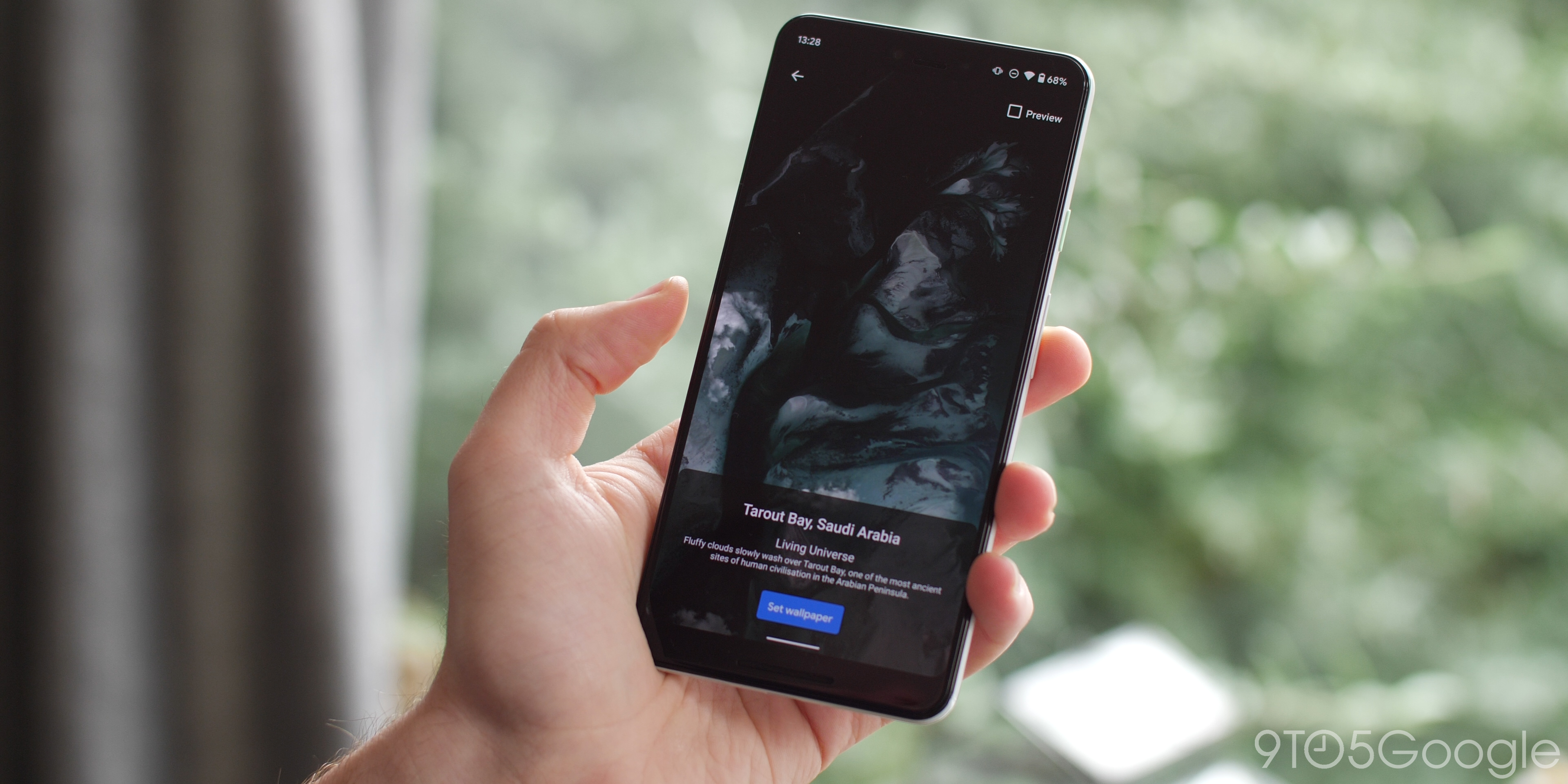 We would expect the new trio of Living Universe live wallpapers to be in the correct category once the Pixel 4 drops later in October, but for now, they are in with the other new walls. We’re also hoping that Google will add to the admittedly small selection, as three new alternatives is far less than the massive array we saw last year.

You get some stunning aerial shots from Mount Pilatus in Switzerland, Tarout Bay in Saudi Arabia, and Uluru in Australia, which you might know as Ayers Rock. None of these new wallpapers appear to react to dark mode, though. But they give you a gorgeous way to frame your homescreen with aerial photography.

If you’re interested in trying these wallpapers out for yourself, XDA-Developers has a handy port available that works on any Android smartphone. You obviously need to proceed at your own risk since it requires you to sideload an APK file that is available here.