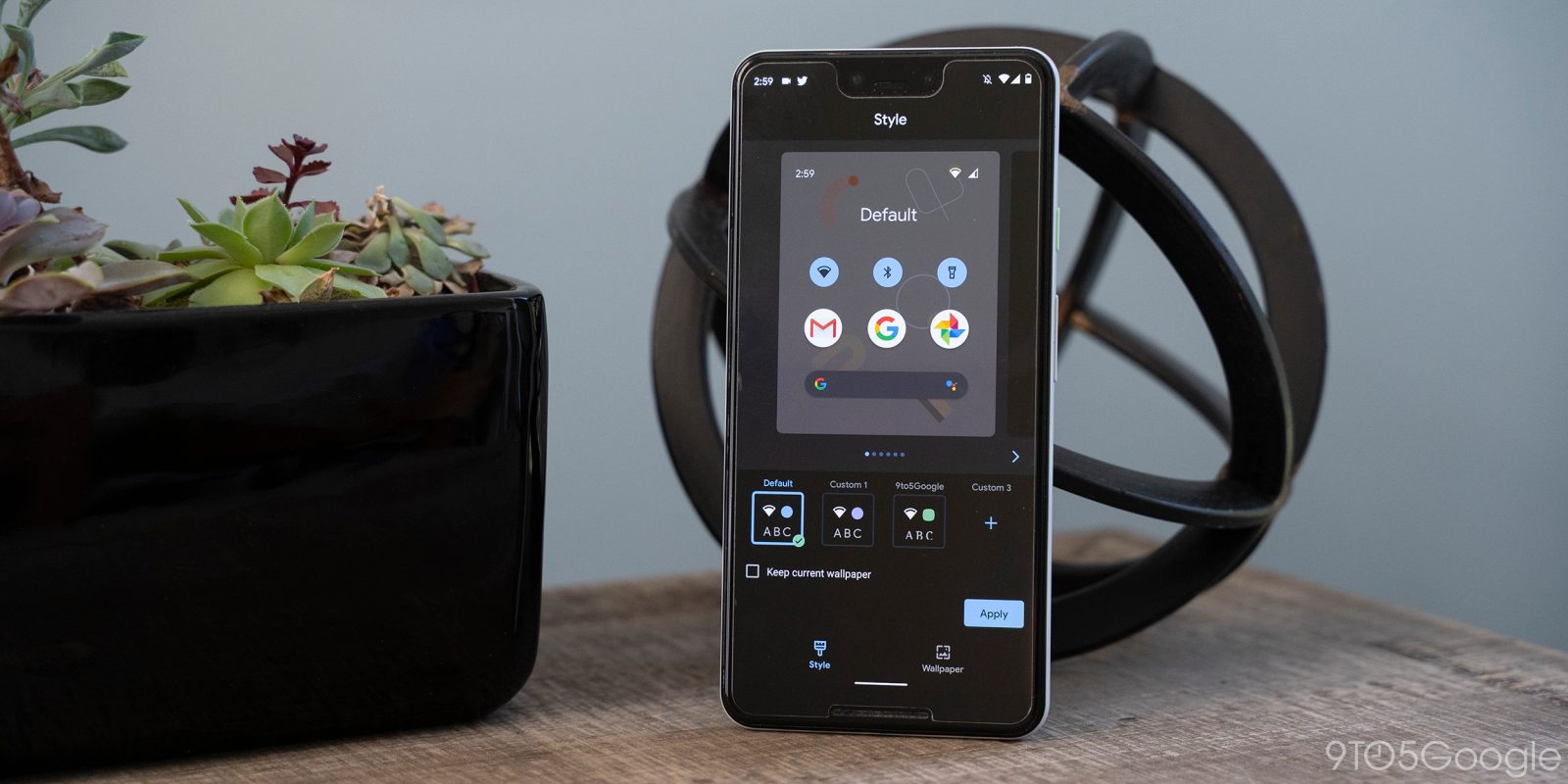 One of the most exciting new features coming to Google’s Pixel 4 is the ability to theme your device with new fonts, colors, and more. While the feature won’t be fully operational until the Pixel 4 debuts, we can help you download and activate an early preview of “Pixel Themes” on current Pixel devices.

To quickly recap what “Pixel Themes” is, it’s an app on Pixel devices which allows users to easily customize their device with new accent colors, icon shapes, and even fonts. We’ve seen all of this in the past through early beta programs, but with the Pixel Themes app users don’t need to dive into developer options to access the different changes.

Presumably, Google will eventually release Pixel Themes officially on all Pixel devices, but until that happens, you’ll have to download it manually. With APKs we were able to obtain from pre-release Pixel 4 devices, you can get the app working on your current Pixel smartphone.

First and foremost, you’ll need to install the Styles and Wallpapers app. You can download the APK here. This app will simply update the Google Wallpapers app installed on your Pixel device and give it a Material Theme and dark mode support.

At this point, Pixel Themes will appear under the “Style” tab in your usual wallpaper picker, accessible from a long-press on a blank part of the homescreen. The app will work and let you take a look at the same functions we showed you in our exclusive sneak peek. Themes can’t be applied or saved until you run an ADB command, though.

To get Pixel Themes fully function on your device, you’ll need to enter the ADB command below.

At this point, you can create your own custom themes for your Pixel devices and save them. Notably, at this point, the only part that doesn’t work is the default preset theme since it’s attempting to use one of the new Pixel 4 wallpapers which are dependant on Google’s servers. Tapping “Keep Current Wallpaper” fixes that issue, though.