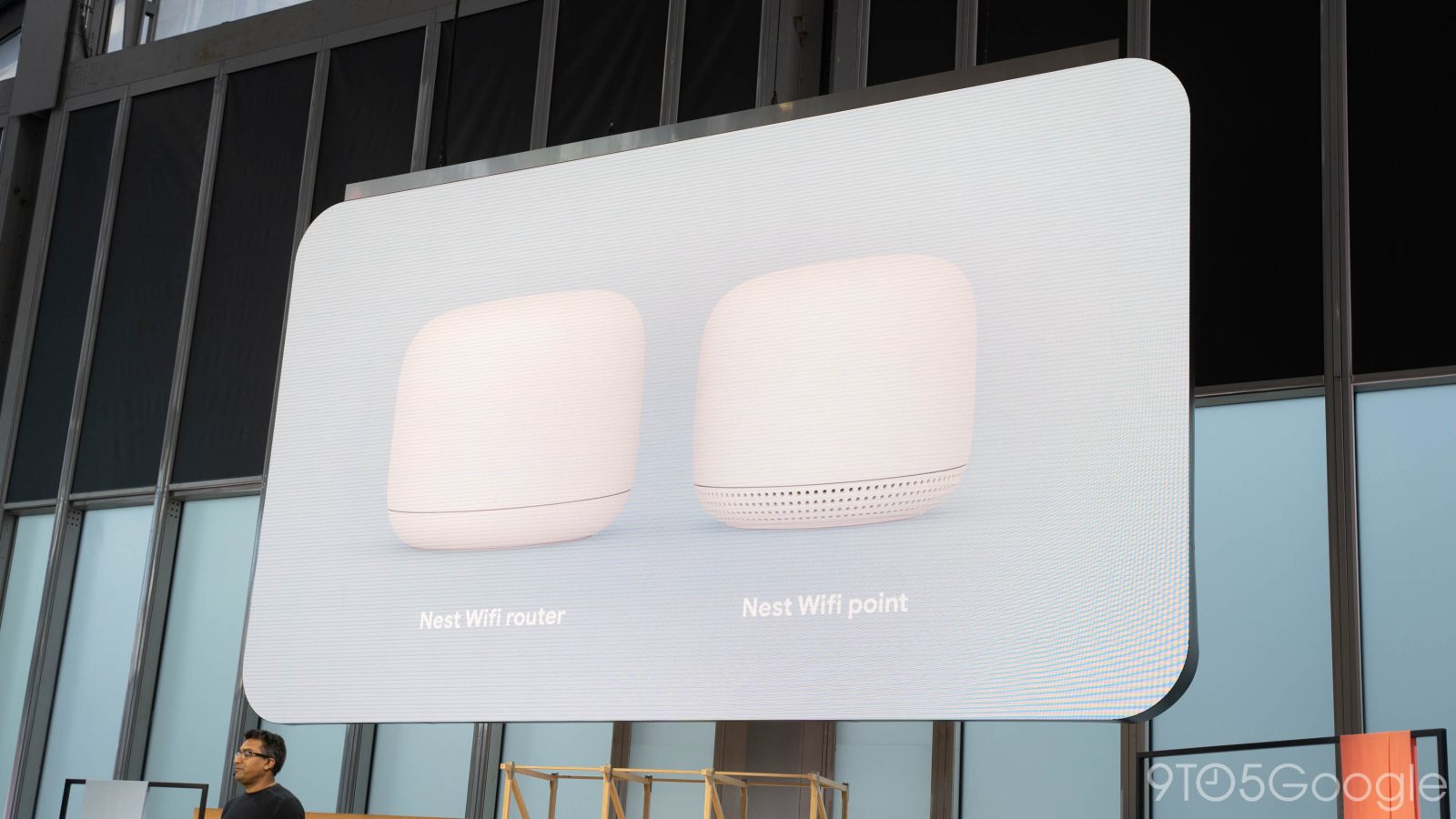 Announced alongside the original Pixel in 2016, Google Wifi helped usher in the adoption of mesh networking at home. In today’s saturated market, Nest Wifi is differentiating itself by adopting a commonplace setup that happens to incorporate a Google Assistant speaker.

The Nest Wifi Router connects to your ISP modem and, of course, provides Wi-Fi connectivity. It’s similar to the first Google Wifi, where you bought multiple identical units to boost the signal across a home. Design-wise, the Router is slightly taller than the original and marshmallow-shaped instead of being cylindrical. It’s very cute and befitting the friendly Made by Google design language.

Google this year is introducing a dedicated Nest Wifi Point that just extends the signal to create the mesh network. It lacks an Ethernet port, and meant to be placed throughout your house. Given that people naturally put them in busy areas, Google built-in an Assistant speaker that’s essentially a Nest Mini. This includes similar sound quality, touch controls, and far-field microphones.

It’s physically differentiated by being slightly smaller and speaker grills on the bottom dome. It’s also available in Mist (light blue) and Sand (faint pink), as well as Snow (white) like the Nest Wifi Router. This approach allows the Nest Wifi Point to be cheaper than the Router, therefore making it more affordable to have multiple.

Google touts 2x the speed and 25% more coverage. The company is also adding some Wifi-specific voice commands, like pausing a child’s connection as part of parental controls. Other features include setting usage schedules and restricting what websites can be visited. The Nest Wifi Point is otherwise a full-featured Assistant device that can control other smart devices, play music, and answer questions.

Nest Wifi can be set-up and managed through the Google Home app with your other Assistant smart devices instead of requiring a separate Google Wifi client. Family options are here, along with device prioritization, speed tests, and other preferences.

One physical downgrade sees Google forgo USB-C for a barrel connector to power the Nest Wifi. A single Google Nest Wifi Router costs $169, while one of each will set you back $269 in a bundle. A three pack with two points will cost $349. Google Nest will be available November 4th in 8 countries. 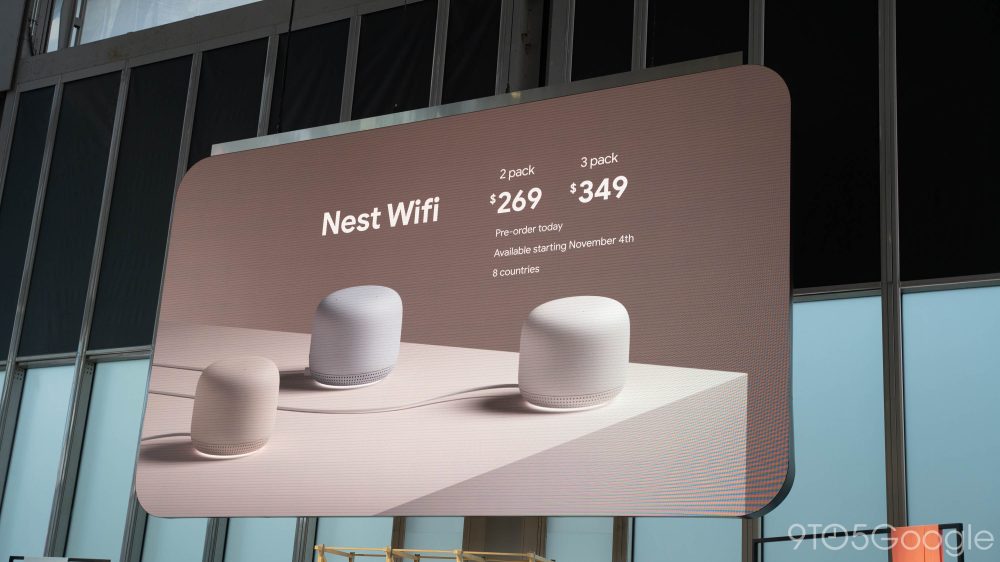