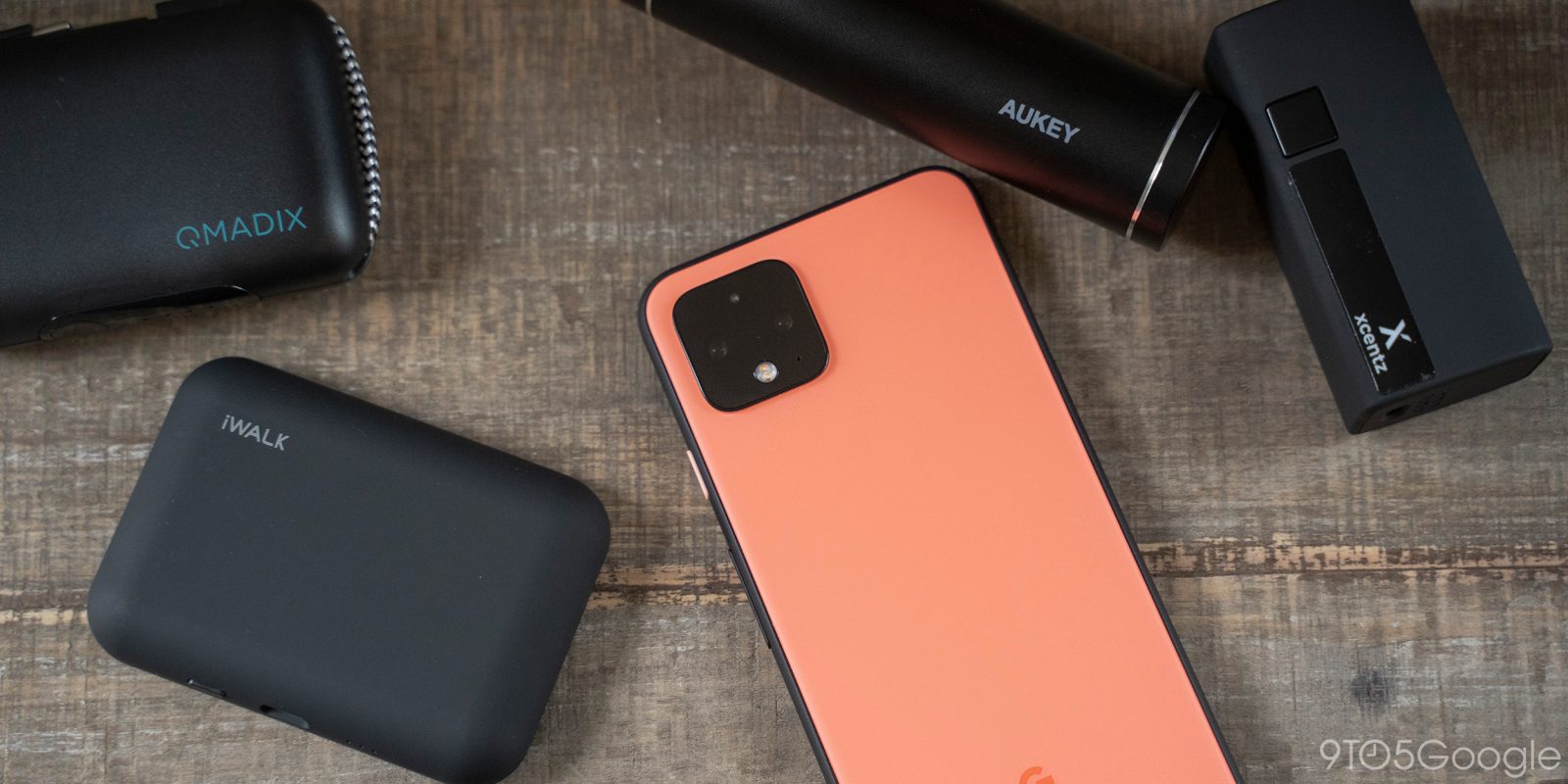 The Pixel 4 and Pixel 4 XL are great devices, but their battery life is admittedly really bad. In fact, the smaller phone in particular probably has the worst battery life we’ve seen in a flagship device in a couple of years at least. Here are some compact battery banks that are easy to carry around with the Pixel 4.

You can, of course, use almost any battery bank with Google’s Pixel 4, but many of them might be too big to carry around in your bag or your pocket. The battery banks on this list are meant for bringing around in your daily life because, with the smaller Pixel 4, you’ll probably need to.

Kicking things off with a recognized brand and a familiar form factor, there’s this 5,000 mAh battery from Aukey. The “lipstick” size is one that’s been popular for a while, but with this battery bank you’re getting a key feature for the Pixel 4 with USB-C charging. With the included USB-C to USB-C cable, my Pixel 4 pulled 15W charging out of the battery. 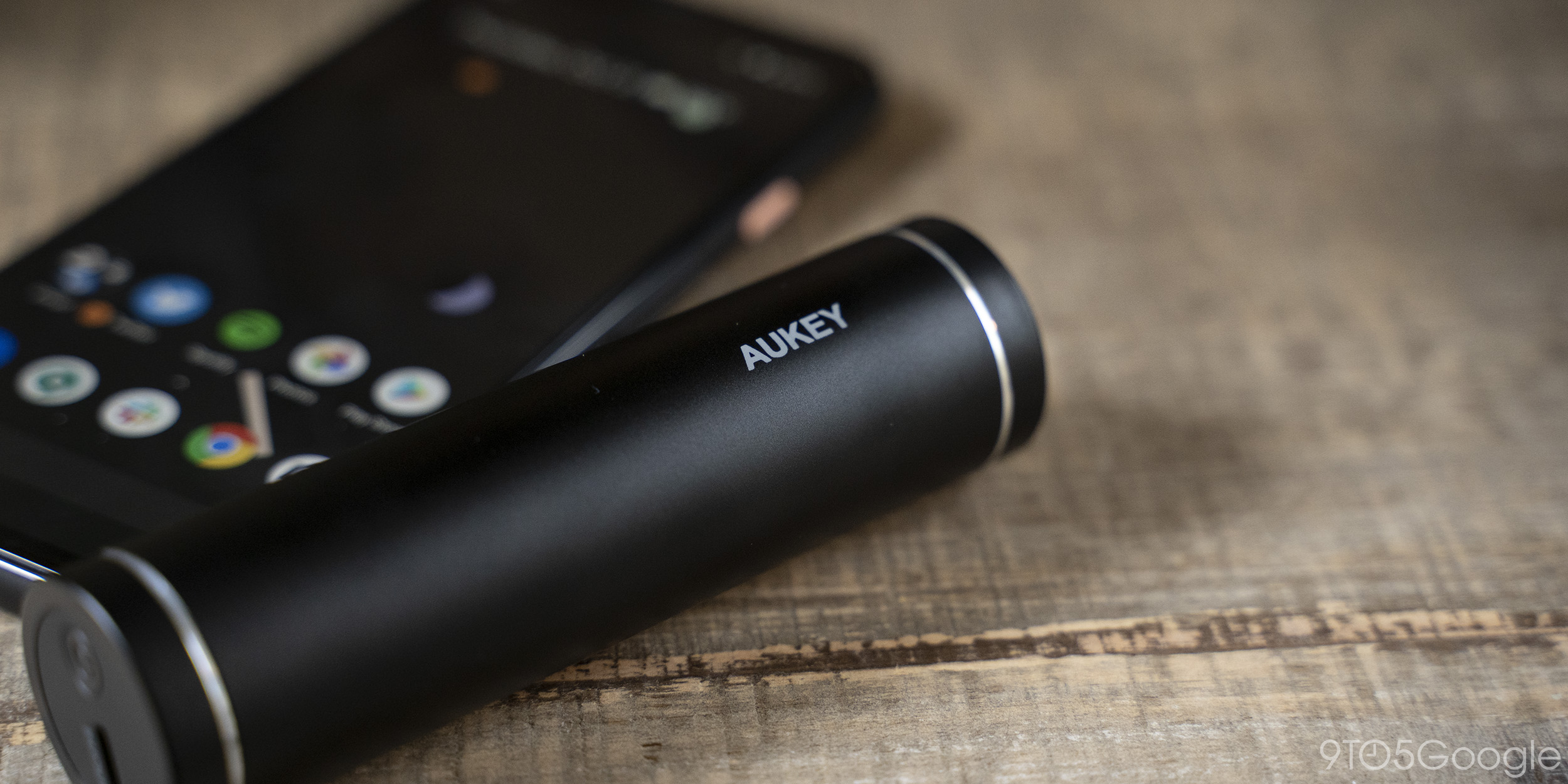 You’ll only get a charge and some change with the capacity of this battery bank, but its size will take up barely any space in a backpack or handbag, and it can fit in your pocket fairly easily as well. Plus, the included cable is short and it’s nice to have a simple single plug for both charging your phone and the battery itself.

Aukey’s battery bank is also one of the cheapest on this list. At the time of writing, the price for the black version here is just $18.99, but other colors go as high as $27.99. In either case, it’s far from a bad deal on a battery bank for your Pixel 4.

The first battery bank here is one I’ve been using for a few months. This compact little 5,000 mAh battery fits into the palm of my hand and is basically the same size as your average truly wireless earbuds charging case. Inside, though, it packs enough power to charge up a Pixel 4 or a Pixel 4 XL. 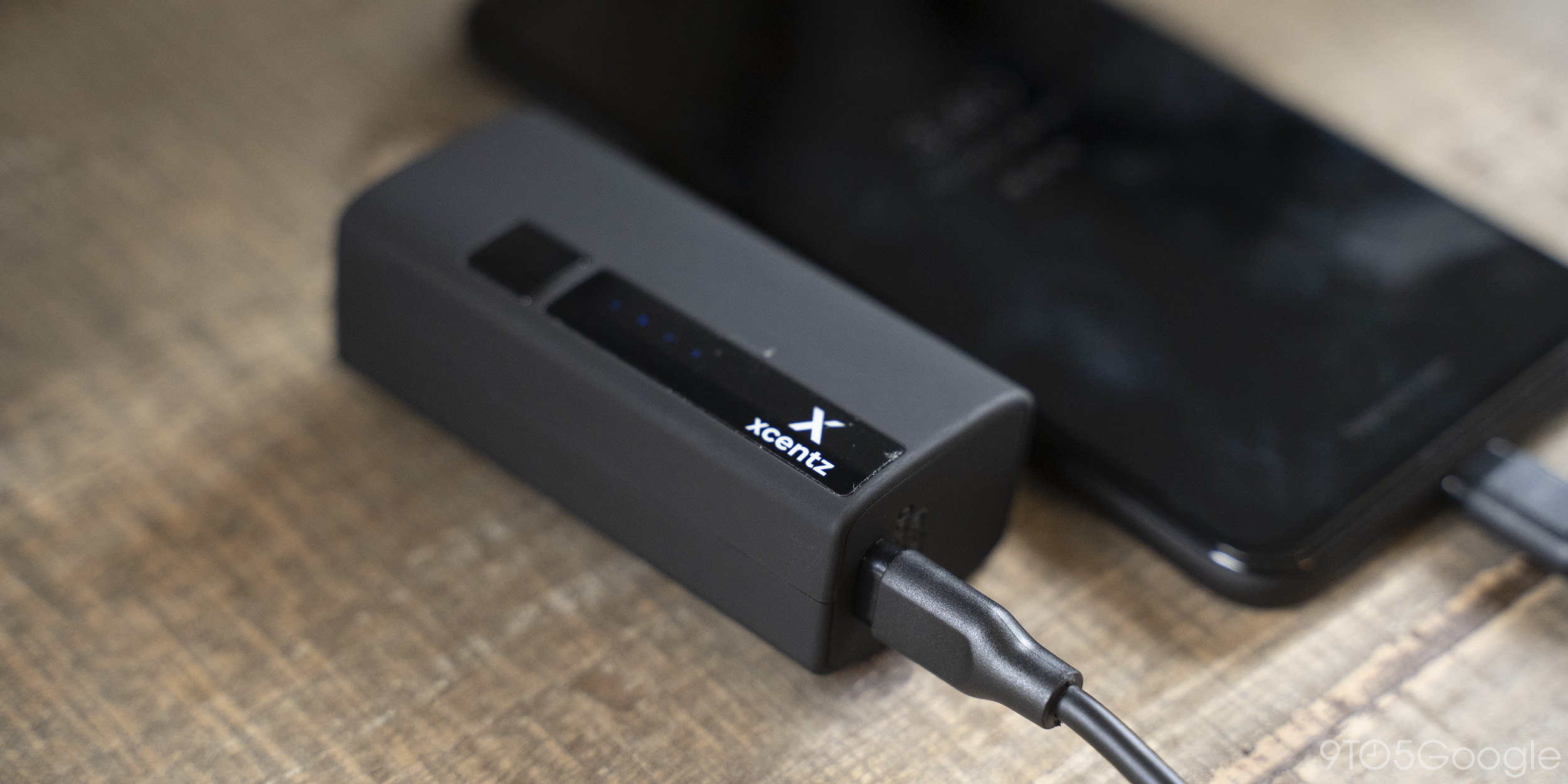 What makes this option one of my favorites, though, is that it offers up to 18W fast charging. That means using a USB-C to USB-C cable (which isn’t included, here’s a cheap option on Amazon), you can fast-charge your Pixel 4 at the same speed as a wall plug. For that reason, this battery bank has been in my backpack any time I’m out, and it will definitely remain there with the Pixel 4 in my pocket.

Perhaps best of all is the price point. Xcentz sells this battery bank for around $20 on average, and usually for even less. At the time of writing, it’s sitting at $22, but when I purchased it over the summer, it was on sale for just $15. It’s a great value.

Ok, but what if you don’t want to plug in a cable? This next battery bank has wireless charging built-in and just sticks to the back of your phone when you use it. The iWALK wireless charger battery bank only holds a 3,300 mAh charge, but this bank is more about the convenience. In my testing, it can give the Pixel 4 about a 60% boost, which isn’t a ton, but it’s enough to give you a few more hours if you don’t want to have any cables sitting around. 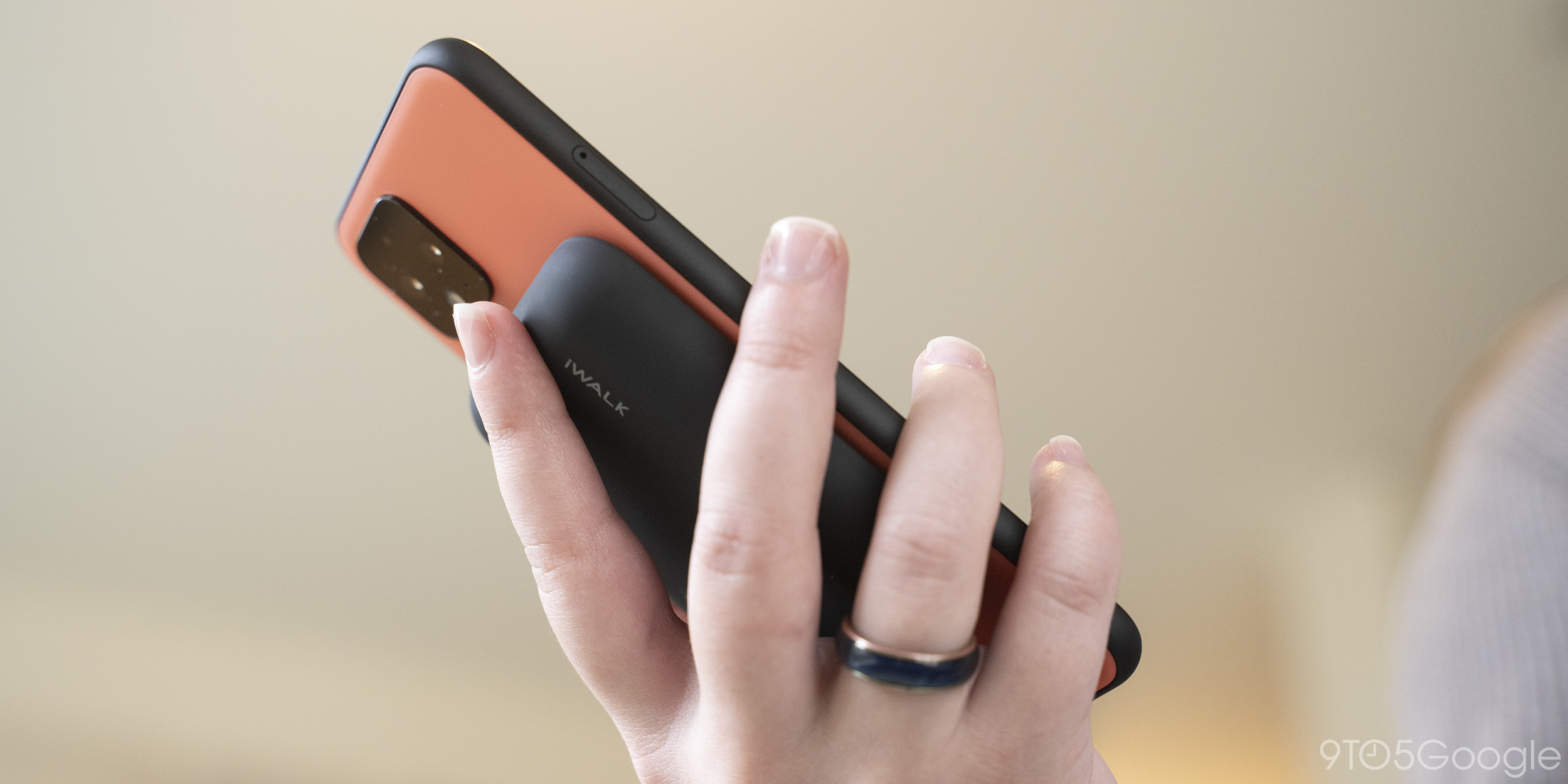 The charger is a sort of “puck” design that uses a nano suction adhesive to attach to the back of the phone. When turned on, it then starts charging your Pixel 4 over Qi wireless charging. The speeds won’t be as quick as a traditional battery bank, but the convenience of no cables is great when you’re on the go. There’s a special card in the box, too, to protect the nano suction pad from dust if you throw it in your backpack or pocket.

It’s worth noting, though, that this will work a bit differently on every Pixel 4. The glossy black version will have the strongest connection, while the matte versions are a bit less grippy. You’ll need to apply a bit of pressure to fully attach the battery. It’ll also work best with cases that have a flat design. Google’s fabric cases don’t stick to the battery at all, but a case like you’d but from companies such as Spigen will work great.

This battery bank costs $29.99 on Amazon, and you can save 20% by using the coupon on the store listing. Extra bonus, it also charges over USB-C, but it won’t charge using another Qi charger. In my testing, it charges the Pixel 4 at around 8W.

The last battery bank here might be the most convenient if you carry around a bag with you at all times. This 5,000 mAh battery from a company called Qmadix has a built-in USB-C cable and also a carabiner clip to attach it to your bag. Its clever design holds a USB-C cable to charge your Pixel 4 with the battery bank and also a USB-A cable on the other side to recharge it. 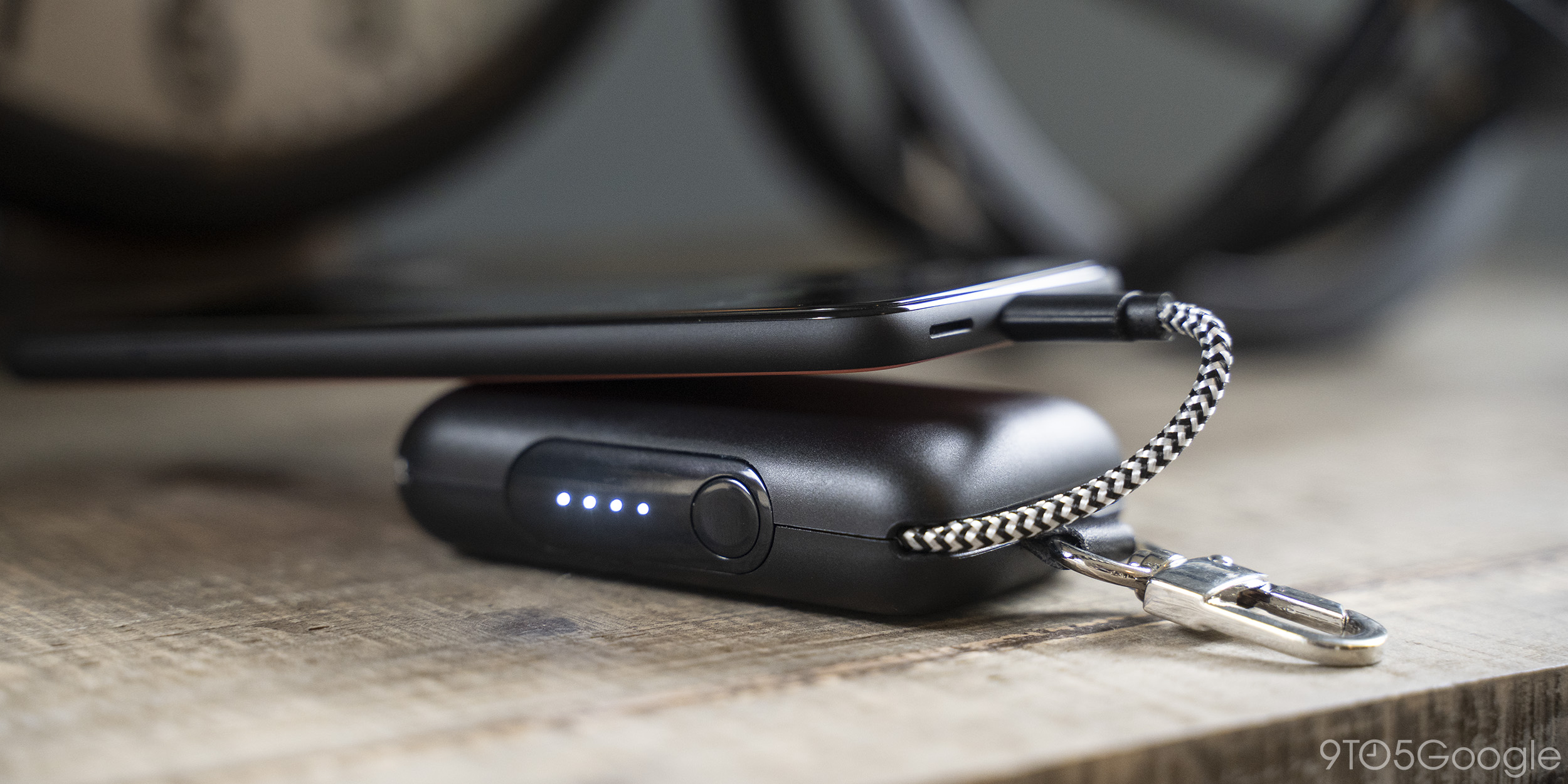 For the sake of convenience, it doesn’t get much better than this. I would have liked to see a longer cable, but having it on hand at all times is super useful. Unfortunately, it does charge a bit slowly at just 7.5W. At $35 too, I’d really only recommend this one if you really don’t want to carry around an extra cable.

Or you could just buy the bigger Pixel…

The smaller Pixel 4 is the model with poor battery life, and if you have that one, you’ll probably need to keep these batteries in hand. If you don’t want to deal with that hassle, the Pixel 4 XL holds up way better.