Google Pixel 3 vs Pixel 4 comparison: Should you upgrade? 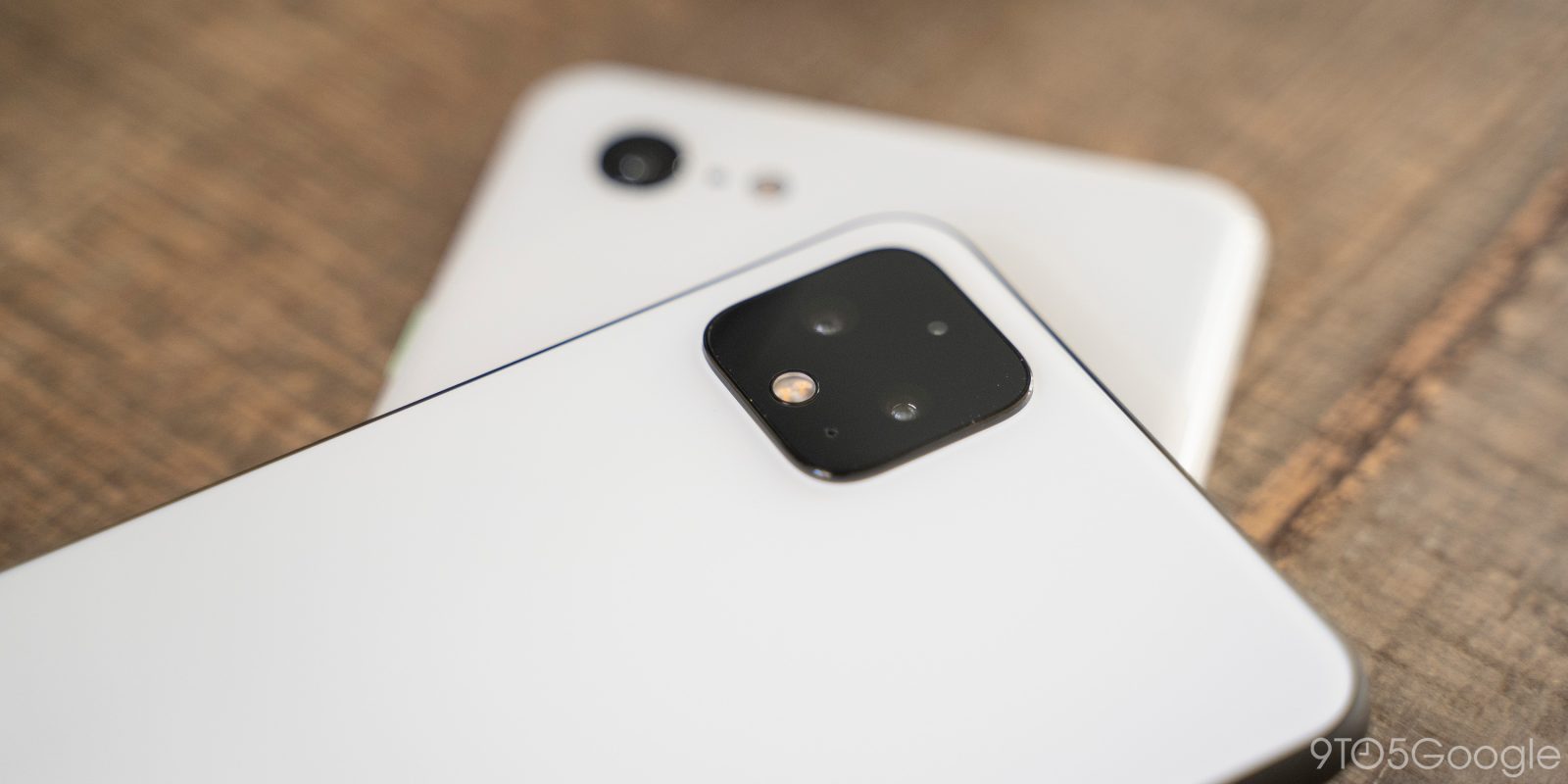 Over the past week, Pixel 4 phones have been arriving at retailers around the world. Despite the fact that the Pixel 4 hasn’t been met with the best early impressions from the tech community at large, there’s no doubt that the Pixel 4 is one of the best phones released in 2019. That raises the question then: how is the Pixel 4 different from the Pixel 3 and is it worth upgrading to?

During the Made by Google hardware event, Google unveiled a number of cool features that the Pixel 4 would be capable of. However, shortly following the event, Google confirmed that past-generation Pixels would be picking up many of those same features.

Our Damien Wilde even went in-depth on which software features we should expect, revealing that even hallmark Pixel 4 features like astrophotography and the next-generation Assistant will land on Pixel 3 (and even Pixel 3a) phones in the near future.

One feature that absolutely will not be coming to the Pixel 3 however, is Motion Sense. Say what you will for how useful the, admittedly limited, gestures for Motion Sense are, they’re only possible thanks to the underlying Project Soli hardware. If being able to skip songs, silence alarms, ignore phone calls, and pet Pokémon without touching your phone is important to you, the Pixel 4 may be worth considering.

On the subject of features that differ between the Pixel 3 and Pixel 4, there’s one aspect in particular that needs a bit of special attention. One of the many hallmark features of the Pixel 4 is its “Face Unlock” capabilities, which combine with the Soli sensors to unlock the phone incredibly quickly.

However, early adopters quickly realized that the Pixel 4 does not require you to have your eyes open for your face to unlock your phone, meaning your phone could be unlocked without your knowledge when sleeping or passed out. While a fix for this particular problem is on the way, Face Unlock is the only biometric unlock capability on the Pixel 4, versus the Pixel 3 which has the standard “Pixel Imprint” fingerprint sensor. 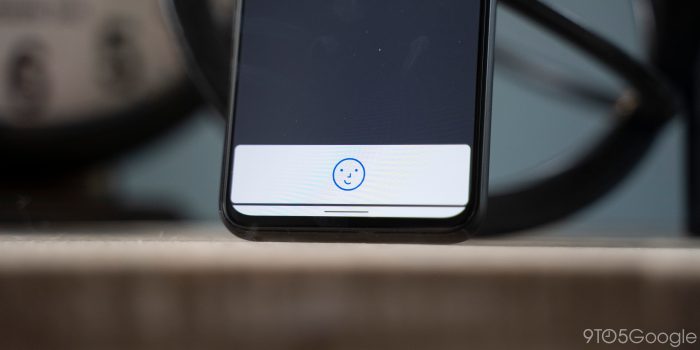 If you don’t wish to set up Face Unlock, or you simply prefer the fingerprint sensor, you may want to stick with the Google Pixel 3 instead of upgrading.

One part of the Pixel 4 versus Pixel 3 debate that has no correct answer is in the design department. While style and taste vary from person to person, there’s no denying that the Pixel 4 is a departure from the signature Google Pixel style seen on the past four phones. This is most clearly seen in the removal of the “window” seen on most Pixel devices since the Pixel 1 and Google Pixelbook.

The Google Pixel 3 is, in this author’s opinion, a gorgeous looking phone that makes every component feel purposefully and intentionally placed for the betterment of the design. All three colorways feature an outer ring in a matching color, which gives the phone’s design a sense of subtlety. This subtlety is further portrayed in the Pixel 3’s third color, “Not Pink.” 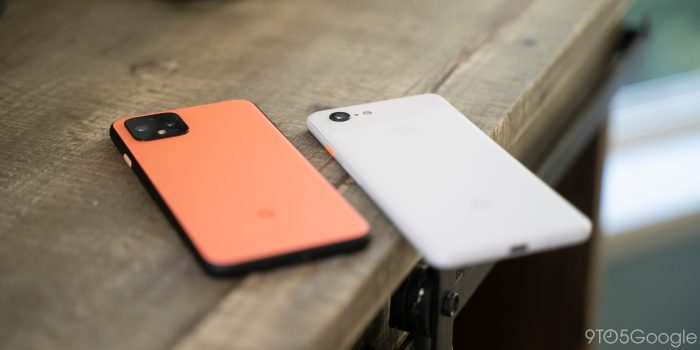 By contrast, the Pixel 4 aims to make a bold statement. Gone are the color-matched outer rings, replaced by a distinct black outline, which gives even the Clearly White model a striking look. The (now limited-edition) third color, Oh So Orange, further demonstrates that the Pixel 4 is anything but subtle.

Again, which of these you prefer is simply a matter of taste and opinion.

When you think about Pixel phones, the number one most lauded feature about them is the camera. The Pixel 3 can do some incredible things with its single rear camera, including beautiful portrait effects and “Super Res Zoom” which gives you a crisper zoomed image than normally possible, thanks to machine learning. The Pixel 4 stepped up the game, versus the Pixel 3, by combining the Super Res Zoom software with a proper telephoto lens, which produces absolutely incredible results for a smartphone camera.

Also, the best way to test the Pixel 4's Super Res Zoom is by looking at text.

Otherwise, the Pixel 3 and Pixel 4 are nearly equal when it comes to the rear camera. Even the signature astrophotography feature of the Pixel 4 will be coming to Pixel 3 phones — and the Pixel 3a series — soon. If you’re eager to give it a try today, you can sideload the latest Google Camera app to the Pixel 3, though you should know that the official version may perform better when it rolls to the older phones.

That being said, the Pixel 3 actually does have two key advantages over the Pixel 4 in the photo department. The Pixel 4 is loaded down with sensors in its upper bezel, including the Project Soli radar sensor used for Motion Sense gestures. Because of this, there wasn’t enough room for the ultrawide, front-facing “Super Selfie” camera, used for fitting more people into group selfies. The Pixel 4’s single front-facing camera falls somewhere between the two angles of the Pixel 3’s selfie cameras, wider than default but definitely not worthy of “Super Selfie.”

This is especially critical when the maximum storage capacity of the Pixel 4 is only 128GB, with no microSD card slot. Instead, the company is pushing for Pixel owners to buy a Google One subscription for increased cloud storage space (at admittedly reasonable prices) and throwing in a free 3-month subscription.

Unfortunately, we cannot discuss the performance of the Pixel 4 without first mentioning the battery life. Simply put, depending on how much you use your phone, you should not expect the smaller Pixel 4 to have an all-day battery life. Between a larger screen resolution, higher display refresh rate (more on that in a minute), and the Motion Sense radar sensors, the smaller Pixel 4 is expected to do far more with less battery capacity (2,915 mAh on Pixel 3 vs 2,800 mAh on Pixel 4).

Whether or not that’s actually an issue is a matter of your preference and lifestyle. If you’re away from a charger for long hours at a time, the Pixel 3 is the more capable of the two phones to survive the day. If you work a desk job with a charger or Pixel Stand handy, the battery capacity of the Pixel 3 vs Pixel 4 is a bit of a moot point. 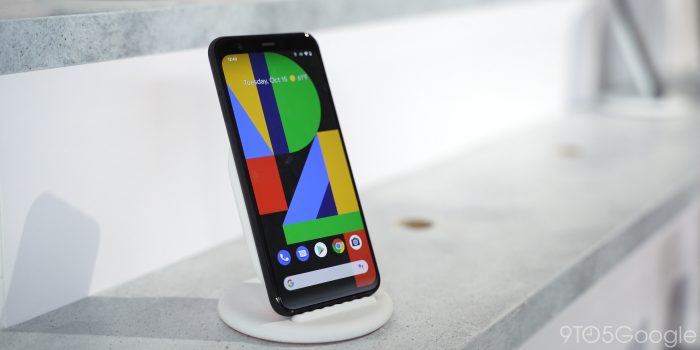 Battery issues aside, the Pixel 4 and Pixel 4 XL are exactly what you would expect from the next generation of Pixel phones, offering a solid spec bump over the Pixel 3. The Pixel 4 has the Snapdragon 855, also seen on almost every other 2019 flagship, which allows it to score about 25% higher on most benchmark tests versus the Pixel 3’s Snapdragon 845.

One of the biggest complaints about the Pixel 3’s specs last year was that Google stuck with 4GB of RAM, instead of 6GB, which had become the standard for 2018 flagships. With the Pixel 4, Google has taken heed of the feedback and bumped up to 6GB of RAM, which should make a world of difference versus the Pixel 3 in terms of keeping apps open in the background. If you experienced the Pixel 3 spontaneously closing background apps, especially when opening the Camera app, the Pixel 4 is worth consideration for the RAM upgrade alone.

Another key improvement between the Pixel 3 and Pixel 4 is in the display. While the sizes and resolutions haven’t changed too much between the two phones, the Pixel 4 has a clear advantage with its 90Hz “Smooth Display.” While there are quite a few scenarios and apps in which the Smooth Display doesn’t work, these can be worked around. When Smooth Display is running, though, apps and scrolling are more fluid in a way that most Android phones (outside of recent OnePlus and gaming phones) haven’t yet matched.

While the upgrades seem iterative, they stack up to make for a huge performance boost, especially when combined with Google’s software optimizations. In real-world usage, our Ben Schoon has referred to the Pixel 4 as the best and fastest Android phone he’s ever used.

Pixel 3 vs Pixel 4: Should you upgrade?

The harshest part of the Pixel 3 vs Pixel 4 debate is the cost of upgrading. The base model of Pixel 4 retails for $799, but you can trade in your device to the Google Store for credit towards your purchase. However, critically, the trade in value of a 128GB Pixel 3 XL (the top model) in good condition is only $295, which only brings the base Pixel 4 price down to $504 and the top model of Pixel 4 XL to $704.

There’s no denying that the Pixel 4 series offers some solid advantages versus the Google Pixel 3, albeit with some caveats. But do these pros and cons weigh out to be worth $500 – $700 after trade-in? In this author’s opinion, the answer is no, but there are still those to whom the Pixel 4 is a worthy upgrade.

If you’re certain that this year’s Pixel 4 series is a worthy upgrade versus your Pixel 3, we thoroughly recommend the Pixel 4 XL instead of the smaller device. You can pick up the Pixel 4 XL unlocked from Amazon, B&H Photo, Best Buy, Google Store, Walmart, or from any major US carrier including AT&T, Google Fi, Spectrum, Sprint, T-Mobile, Verizon, and Xfinity.