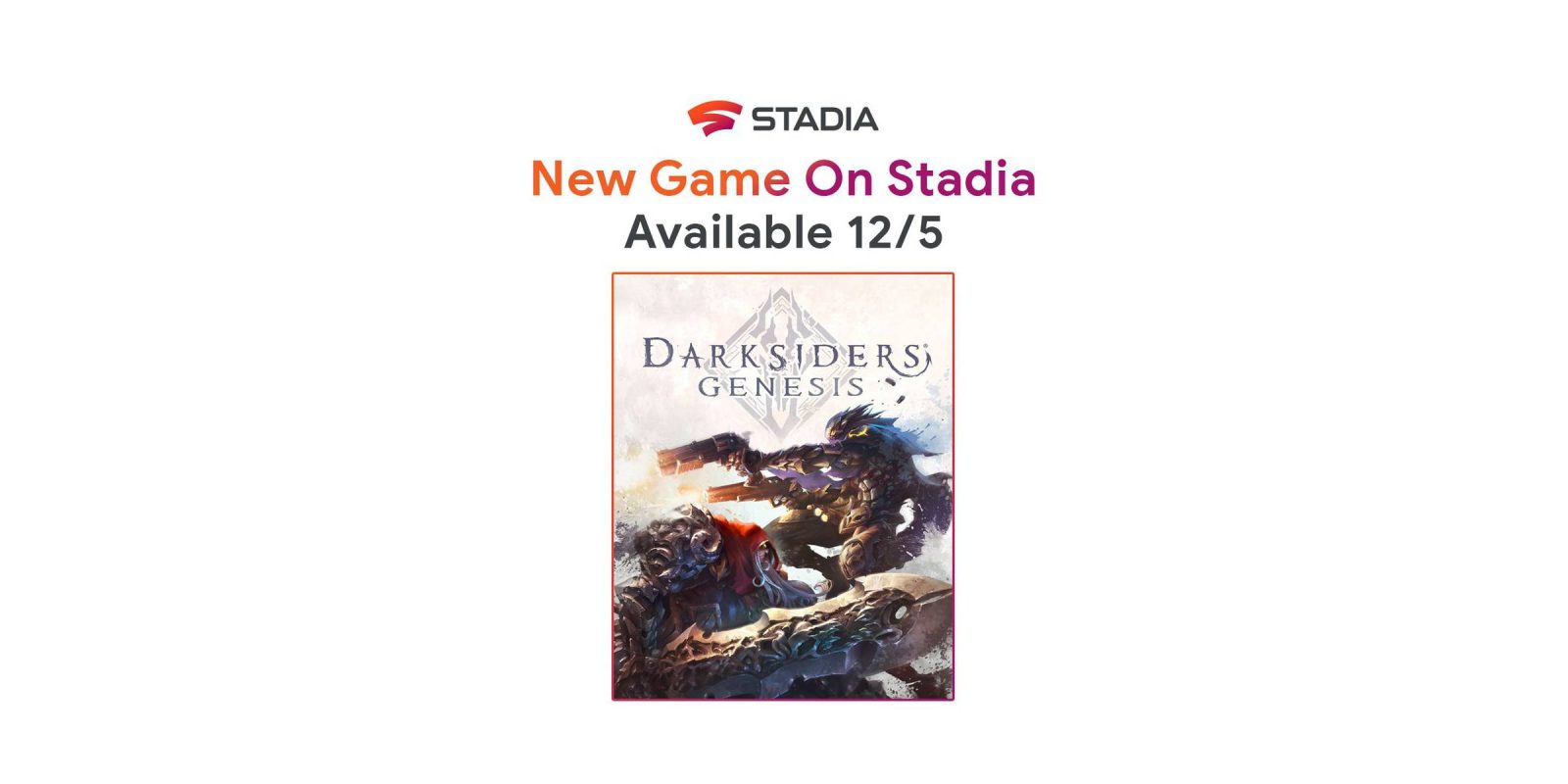 Google Stadia launched with 22 games and more on the way and today, the latest title has arrived. Darksiders Genesis is now available on Google Stadia for all players.

Available at 9 am PST/12 pm EST, Darksiders Genesis will be the 23rd title in the Stadia library. The game will be available for $39.99 in the Stadia store just like its release on Microsoft Windows.

Notably, this is also the first title on Stadia which is releasing on the game’s launch day. All other titles available on Stadia released well before the service itself actually launched. Destiny 2, for example, was first available in late-2017. Darksiders Genesis has launched to fairly good reviews, but it remains to be seen if the Stadia version will encounter any issues.

Before the end of 2019, Google has confirmed it will add a few more titles to Stadia including Borderlands 3.

We are happy to announce the availability of another amazing game coming to Stadia. Starting at 9am PST, gamers will be able to purchase, and within moments, be playing the hotly anticipated Darksiders Genesis!

For the first time in the franchise, you can play in two-player co-op! So grab a buddy and tear through hordes of demons, angels and everything in between. Or play solo and switch between War and Strife, with guns blazing and swords swinging. Take part in an immersive story of intrigue and suspense set against a fantastic, post-apocalyptic backdrop of otherworldly powers. Darksiders Genesis will be available starting today for $39.99.