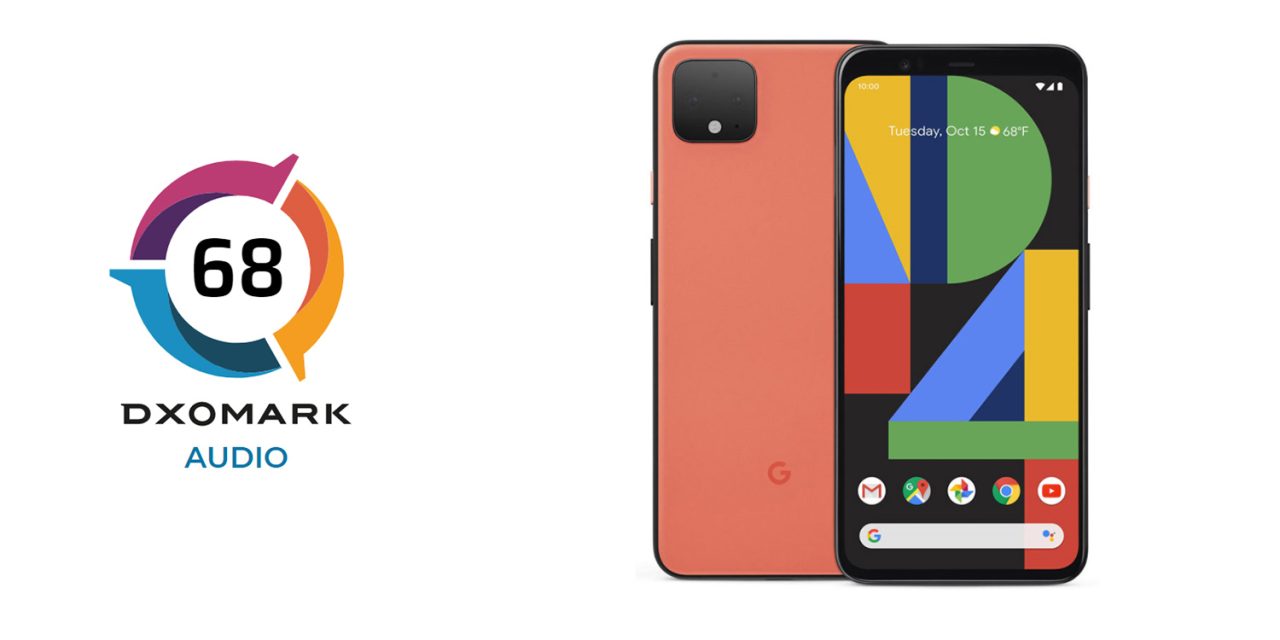 While DxOMark is better known for ranking smartphone cameras on the photo-taking credentials, they have recently added audio rankings to their listings — with the Google Pixel 4 placing in the top 5.

The Pixel 4 comes with dual stereo speakers that are very impressive in person. However, according to DxOMark, they only warrant an over 68 rating and fifth place in their audio quality leaderboard. While it ranks fifth overall, the Pixel 4 actually achieved third place on the Android rankings due to the presence of the Apple iPhone XS Max and 11 Pro Max. It’s also worth taking these results with a pinch of salt, as DxO has only reviewed 10 phones audio capabilities so far.

The Google Pixel 4 achieved an overall DxoMark Audio score of 68, putting the device in our list of the top 5 smartphones tested so far by the DxoMark Audio team, and making it the third best Android phone in our ranking, after the Huawei Mate 20X and Asus ROG Phone II. It outperformed the Samsung flagships Galaxy Note 10+ 5G and S10+, but ranked below Apple’s iPhone 11 Pro Max and XS Max.

DxoMark’s test includes over 20 hours of testing under controlled conditions, with tests not only for audio playback in a variety of scenarios, but it also includes recording tests, too. It should come as no surprise that the Pixel 4 achieved a higher audio playback score than recording score. Praise was heaped on the quality of music playback, but the bass was found to be lacking a little compared to many other flagship devices tested.

The recording score of 63 was below some of the competition, with DxO suggesting that the microphone actually picked up music — in particular, rock and electronic music — better than spoken words. Given that the new transcribing Recorder app was launched with the Pixel 4, that seems surprising and slightly at odds with some of our own experiences. Recording audio seemed to stand out in loud environments, producing files that were free from distortion.

It’s clear that audio recording is still one area that needs a little improvement, but that isn’t to say the current experience is bad — far from it. Our own experiences have been excellent so far. This isn’t a definitive answer, either. It’s worth noting that a blanket scoring system isn’t always the best way to rank devices — although the results are still interesting regardless.

What do you think of the audio quality of the Pixel 4? Let us know down in the comments section below.