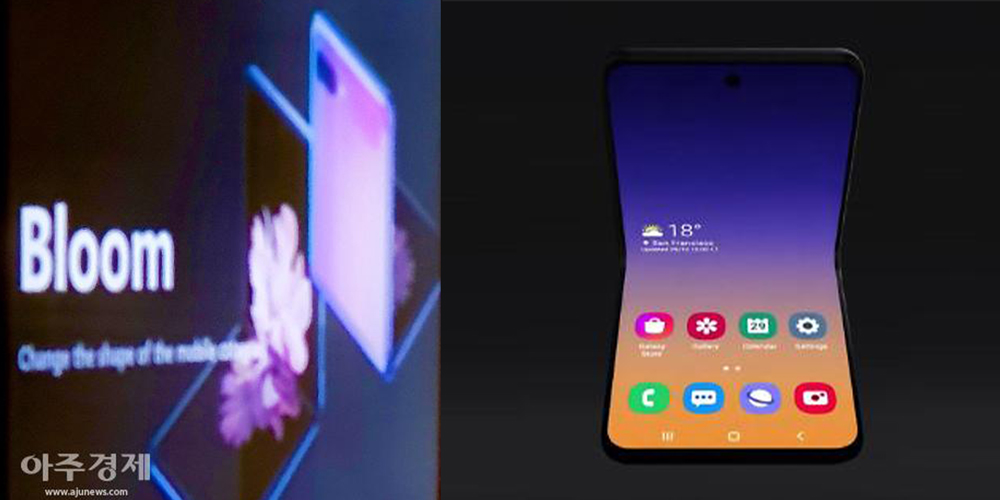 Leaks gave us a glimpse of this new clamshell design but according to a recent report, the next Samsung foldable is set to be called the Samsung “Galaxy Bloom.”

[Update]: The “Galaxy Bloom” or “Bloom” looks as though it’s the codename and unlikely to be the launch name for the upcoming clamshell foldable. However, we’ll find out more at Unpacked 2019 regardless.

In a secret meeting at CES 2020, Samsung appears to have confirmed the name of the new clamshell device according to South Korean news outlet Ajunews (via SamMobile). At this secret meeting, it was confirmed that the updated foldable will be called the Galaxy Bloom, with DJ Koh even talking to select partners and potential providers.

A leaked image of the slideshow presentation does indeed show the device with “Bloom” front-and-center. Koh explained to those lucky enough to attend, that the Galaxy Bloom has been inspired by the silhouette of the commonly seen makeup powder boxes from French cosmetic firm Lancôme.

It appears that Samsung is directly targeting a different demographic this time around, with plans to aggressively target the female demographic with the Galaxy Bloom. It’s unclear at this stage if this will be a separate line to the Galaxy Fold, or if this is simply a name change for the second iteration of Samsung’s folding smartphone and display tech.

The Bloom will come in 4G and 5G versions, and could potentially support 8K video recording modes. 8K content is almost non-existent at this stage, with displays being even rarer. We’re also expecting Android 10 with OneUI 2.0 on top. The rest of the specifications remain a mystery though.

Given that this information was shared with hand-picked partners at CES 2020, there is a very high chance that these tidbits are true. The leaked information also suggests that we’ll get to see the Galaxy Bloom alongside the Samsung Galaxy S20 at the first Unpacked launch event of 2020 — on February 11, 2020.