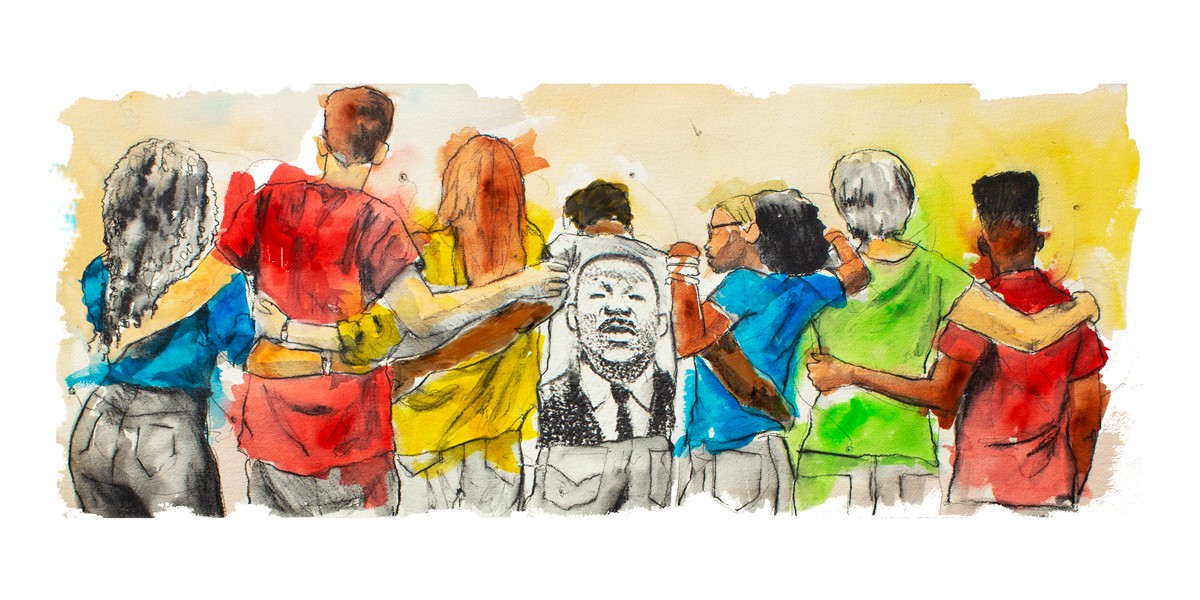 The Doodle, which speaks a clear message of solidarity with your fellow men and women, was created for Google by artist Dr. Fahamu Pecou. In it, you can see seven people embracing and leaning on one another, with one wearing a shirt depicting Dr. King. Each person’s shirt color loosely represents the usual colors of the word “Google.”

When asked what in particular of Martin Luther King Jr’s many accomplishments inspired the day’s Doodle, Dr. Pecou shared a wish for the art to inspire the same call to personal action and activism that Dr. King inspired in those he spoke to.

Dr. King is remembered as one of the most important human beings in history. In some ways, his level of achievement, compassion, and significance can be daunting. But Dr. King, in his own words, reminded us that what he did and stood for was no extraordinary feat—we must rise to our own greatness for the betterment of all mankind. He reminded us that no man was ever granted a right that he didn’t fight for. And that when we come together—we as a country, as a people, as human beings—we can overcome anything and make this world a better place.

Dr. Pecou also offered some insight into his artistic process, by sharing two early drafts for the Google Doodle. In the first draft, the seven people are locking arms together in a gesture of teamwork and combined strength.

If this Martin Luther King Jr Day Doodle leaves you feeling inspired to be a part of something bigger, the day is also set aside as one of only two nationally designated days of service in the US. To learn more about Dr. King’s life and legacy, check out Martin Luther King, Jr.: The Man Who Made His Dream a Reality on Google Arts & Culture.