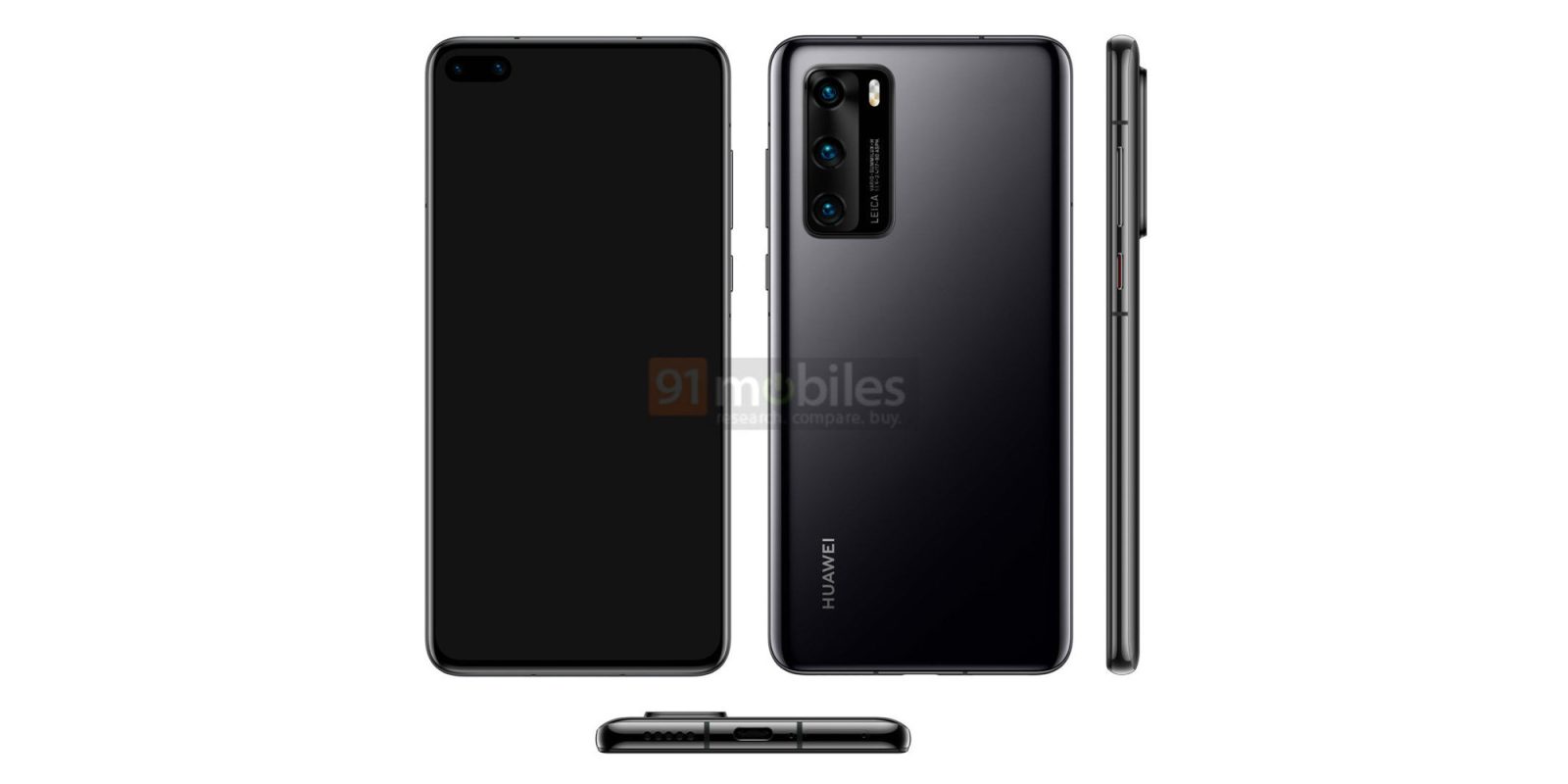 We saw some very basic renders of the upcoming device late last year, which gave very little away on the display front, but did hint at a slightly revamped camera setup on the rear. These supposed new press images have come from 91Mobiles and give us a glimpse of the potential flagship’s new upper-left dual punch-hole notch and that slightly larger camera nodule at the rear.

[Update 011/22]: The press renders continue to leak, this time of a stunning mint green variant of the Huawei P40 Pro courtesy of Evan Blass. Given the other colors already showcased, there looks to be a color option for just about everyone.

[Update 01/17] Explicit renders of the Huawei P40 Pro have now leaked courtesy of the OG-leaker Evan Blass, which give us a much closer look at the first Huawei flagship phone for 2020. The black and white versions are said to be ceramic — which explains the slightly matte finish.

We also get a far better look at the penta-camera array, which will no doubt pack in some impressive camera hardware and tech. A square camera hole suggests that we will see the periscope camera return on the P40 too. The dual punch-hole notch is one fixture that remains through both device in the P40 series, but ti doesn’t look as though there are any size differences.

[Update 01/16]: Off the back of the alleged press images of the Huawei P40, 91Mobiles has shared yet more press images of the upcoming device — this time showcasing all of the colors. The Huawei P40-series offerings will come in five hues, namely Black, Blush Gold, Silver Frost, Deep Sea Blue, and Ice White with gradient finish.

The rectangular camera array doesn’t appear to add any extra lenses to what we saw earlier last year on the standard Huawei P30. It also looks as though the partnership with Leica is set to continue, with the rectangular nodule emblazoned with the Leica logo underneath the LED flash. Camera specifications are not yet known, but we could see an upgraded setup, as seen on the P30. It’s unclear just what camera sensors the dual punch-hole notch will house. 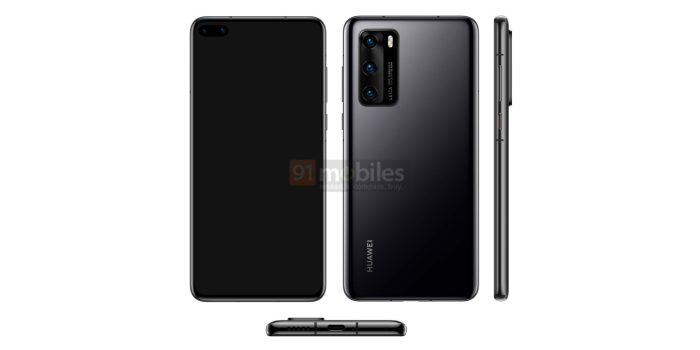 Specifications are, again, not yet known, but rumors suggest the Huawei P40 will come with the Kirin 990 chipset with 5G connectivity as an option. The exact display measurements are not concrete either, but it could measure in at 6.1 or 6.2 inches.

Despite some movement on the trade ban with the US, the P40 series will likely ship without access to Google Mobile Services, much like the Huawei Mate 30 series did in late September 2019. Of course, it’s highly likely that this is the smaller P40 model, which is expected to launch at a dedicated event in Paris at some point in March.